This Arabian jewel is home to more than the awe-inspiring Petra, as Guy Grant found out.

It might sound clichéd, but Jordan truly has something for everyone. With a rich history, stunning architecture and fantastic cuisine, it’s a country proud to stand on its own two feet – as I discovered during my A&K holiday to Jordan.

Arriving in Amman, the country’s capital, I meet my knowledgeable guide Marwan and driver Khalil. We are to be the three amigos for the next six days, and our first port of call is this fascinating city – one of the oldest inhabited places in the world. Amidst a biased debate over the successes and failures of England’s sports teams, we drive to the Citadel of Amman. This historical hotspot lies in the capital’s downtown, where white-stoned houses stack on top of each other as far as the eyes can see. A walk around here is quite an assault on the senses; stall salesmen from the colourful markets haggle with customers over beeping car horns, and the air is filled with the smell of spices. From certain elevations you can spot the second-century Roman theatre, built when the capital was called Philadelphia. Marwan leads me to the popular Habibah Sweets shop and I sample national favourite, kanafeh, a light cheese infused with rose syrup and topped with pistachios. We also sip herbal and fruit teas, made to improve the well-being of your everyday Jordanian. 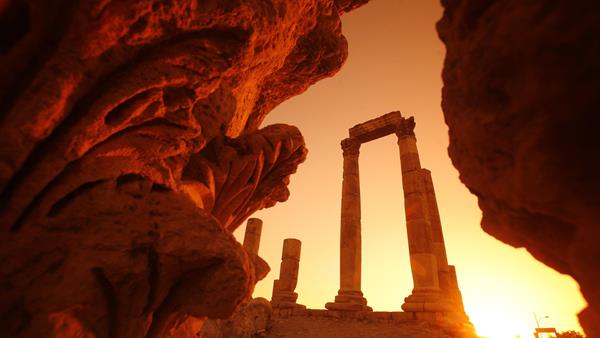 Having upped my haggling game, we head north to the ancient city of Jerash, considered to be one of the world’s best-preserved Roman provincial towns. And it is quite something to behold. I’m staggered to see ancient shops, Roman baths and a chariot-racing stadium, all of which dates back over 6,500 years. Marwan tells me about the Cardo – a long, cobbled street that linked the East and West of the city. Walking down it, you can see where horse chariots eroded the stone, as well as evidence of the water system and local market of this previous civilisation.

The next day we traverse the Desert Highway, taking in the unmissable sights on the road to Petra. We arrive first at the site where Jesus Christ was baptised by John the Baptist, down in the waters of the Jordan River. Even as someone somewhat sheltered from religion, I find myself incredibly moved – it’s hard not to feel something whilst you’re here, Marwan tells me. The other side of the river is Israeli territory, and we observe people submerging themselves in the water three times to wash away their sins. As we head further south, we stop off at Mount Nebo, considered to be the burial site of Moses; Madaba, the city of Mosaics; and Shobak, a 12th-century Crusader castle in barren surroundings.

The following day, we arrive at Jordan’s most valuable treasure. It’s true what’s written about Petra – this vast, unique city really does need to be seen to be believed. After descending through marvellous rock formations, we’re suddenly confronted by The Treasury, a famous temple carved by the Nabataeans over 2,000 years ago. Standing here, one imagines what life must have been like back then. We continue down to the path below, where I am told to go on alone. An hour and 800 steps later, I stumble across The Monastery. Though less decorative, it’s nearly the size of The Treasury and just as impressive. This area is worth taking the time to explore, with or without a guide. 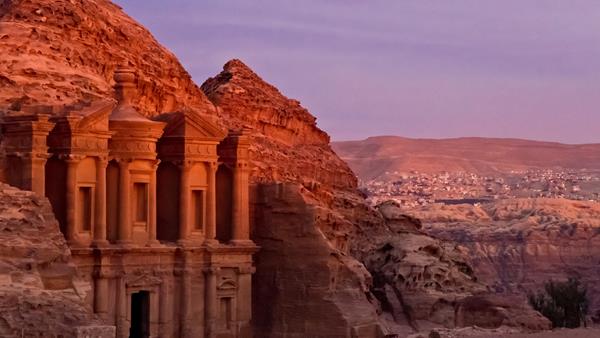 Leaving Petra, we head further south towards Wadi Rum, Jordan’s largest and most magnificent desert landscape. Many movies have been shot here, including epic Lawrence of Arabia and the upcoming Aladdin film. We arrive at our desert camp, Sun City, where I stay in one of the new additions – the Martian Tent. Perfect for stargazing, these domes are situated at the front of the camp to avoid spoiling an otherwise spectacular view. One stays here without any connection to the outside world, the perfect spot to rest and relax with the stars as your canvas.

The next stop on our journey is Aqaba, a city on the banks of the Red Sea and a short drive away from Wadi Rum. From this vantage point, one can see Israel, Saudi Arabia and Egypt, all at the same time. The area boasts some of the world’s best scuba diving opportunities, by day or night, and is perfect for a family getaway. Properties here, such as the Intercontinental and the Mövenpick, have excellent facilities ensuring the best possible stay. Whilst wandering around Aqaba, I purchase a keffiyeh, a traditional Middle Eastern scarf worn to protect from sun, sand and dust. Top tip: Buy your souvenirs in Aqaba as, according to Marwan and Khalil, this area is known for being cheaper than other Jordanian hot spots. 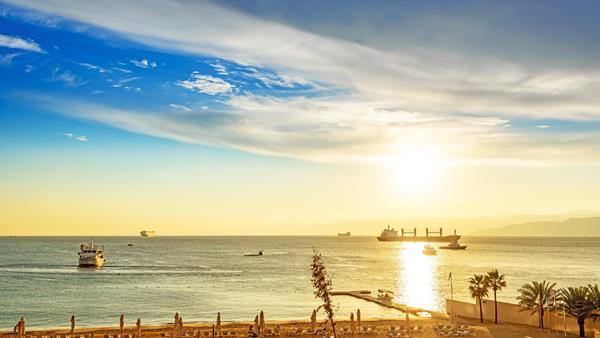 My final day in Jordan is to be spent at the Dead Sea. I stay at the Kempinski Ishtar hotel, celebrated for its exemplary service, though the newly opened Hilton Dead Sea would be a worthy alternative. This area is the lowest point on the face of the Earth and receives various incoming rivers, including the River Jordan. The water evaporates, leaving behind a cocktail of salts and minerals which are used in industry, medicine and agriculture. Due to the concentration of salt, the Dead Sea makes floating easy, and its mineral-rich black mud is used for therapeutic and cosmetic treatments. Following a small group of fellow tourists down to the beach, I submerge myself in the water, rolled onto my back by the salts beneath. I then cover myself in mud which, I’m told, will leave me with glowing skin. 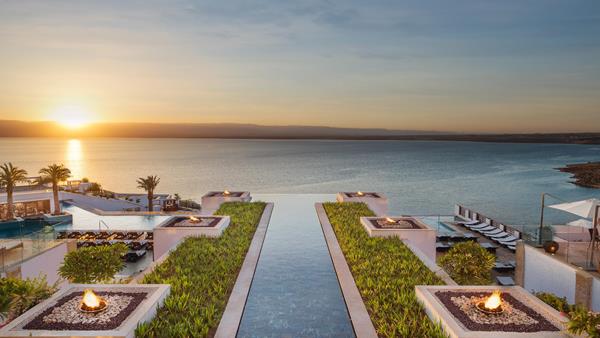 Jordan for me has been a journey into the unknown, but I leave with an appreciation of its rich culture and warm hospitality. Whether it’s exploring the backstreets of Amman, retracing the steps of Jesus, discovering Petra or relaxing on the Dead Sea, a visit to this Arabian jewel promises an experience as unique as it is unforgettable.

Petra to the Pyramids & a Nile Yacht Cruise Escorted Tour

Immerse yourself in ancient history. Sail down the Nile and enter Egypt’s royal tombs. Then visit Jordan’s rose-hued city of Petra and the Dead Sea

This tailor-made tour of Jordan is a journey through history

Sweep through Jordan’s ancient cities from Amman to Petra. Then explore Israel’s holy meccas such as Bethlehem and the age-old city of Jerusalem

In true Kempinski style, the Kempinski Hotel Ishtar Dead Sea is elegant and contemporary in design with direct access to the Dead Sea

Fitted with designer furnishings, the 440 rooms at InterContinental Amman are chic and functional

With its prime location a stone's throw from the entrance to the historic city of Petra, the Mövenpick Resort Petra is a perfect retreat from a day's exploration

This is a charming four star boutique hotel, with panoramic views of the capital Amman

Perched on the edge of the precipitous cliffs of Wadi Dana, this beautifully styled building merges elements of village vernacular architecture with more modern elements

The Petra Marriott commands an impressive presence on a steep slope, overlooking the dramatic landscape of the Petra Valley

Sun City Camp sits in the heart of the Wadi Rum desert, approximately 50 kilometres from Aqaba

Discover the beauty of the Red Sea. The Mövenpick Resort & Spa Tala Bay Aqaba is a new and exclusive resort only 15 minutes from the city centre of Aqaba

Bordered by rugged mountains and the stunning Arabian desert, this camp lets you wake up in the wild outdoors without compromising an ounce of luxury