Why 2020 is a historic year to visit Antarctica

Discover the intriguing legacy of Nathanial Palmer, and why we’re hosting a very special Antarctic cruise in his honour.

It is almost two centuries since Nathaniel Palmer, heading south on a sealing expedition, laid claim to the discovery of Antarctica, that beautiful but brutal landscape that has captured the imaginations of explorers ever since.

It’s one of the most severe yet stunning places on Earth, where no terrestrial mammals exist and marine creatures thrive freely. The fifth largest continent in the world, this southernmost landmass is virtually uninhabited by humans, save for a few hardy scientists and engineers holed up in stark research stations. A land so remote that it was only discovered in 1820. 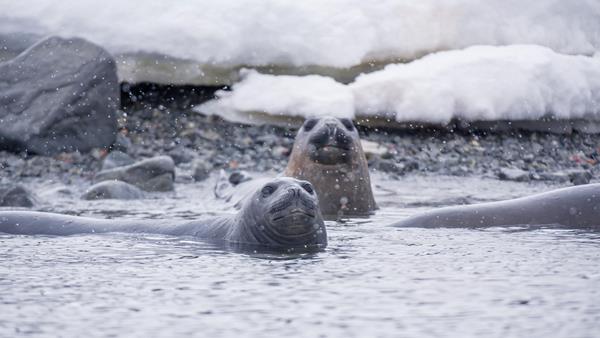 It was a big year for explorers during the height of nautical expeditions, when success lay in tales of derring-do. Nathaniel Palmer, a young American from Stonington, Connecticut, was preparing to venture to the ends of the Earth.

Palmer first went to sea at the age of 14 as a sailor on a blockade-runner in the War of 1812. At a young age, he had all the makings of an ambitious explorer. In a time when the sealing industry dominated Stonington, he quickly became a skilled hunter, joining the fleet in search of rookeries that lay on the South Sea horizons.

In the early days of his career, Palmer served as second mate onboard Hersilia, the first American ship to reach the South Shetland Islands.

Together with his crew, he returned to Stonington with as many as 8,868 fur skins in one season. When the islands grew depleted, he looked to push his adventures further south.

Success earned Palmer command of his first ship at the tender age of 21. His vessel? A 47-foot sloop named Hero with a mission to further scour the South Shetland Islands and their surrounds for new sealing territories.

It was from the eerie caldera of Deception Island that he first caught sight of a swathe of polar coastline, later confirmed as the western tongue of the Antarctic Peninsula, “a snug Antarctic haven” known today as Palmer Land. Sailing across the wild stretch of the Drake Passage, he entered iceberg-studded waters where he identified Antarctica at 63°S in the Orleans Channel, but no fur-seal rookeries. As he travelled closer, he saw leopard seal dotted on the beaches, but an inhospitable shoreline and his duty to his crew compelled him to return home without setting foot on the untouched continent. 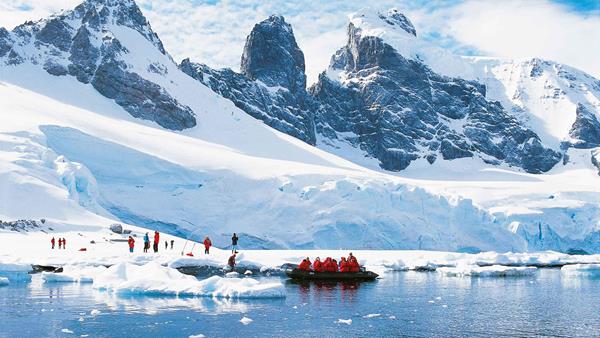 Two centuries later and the frozen continent remains shrouded in mystery, but it is Palmer’s legacy that lives on. While the American explorer found the shore inaccessible, today Antarctic exploration is a much less hazardous experience. A far cry from Hero’s shallow draught, modern-day luxury cruisers come complete with high-end navigational equipment and eco-friendly technology. Not to mention butler service, private balconies, and expert naturalist guides. 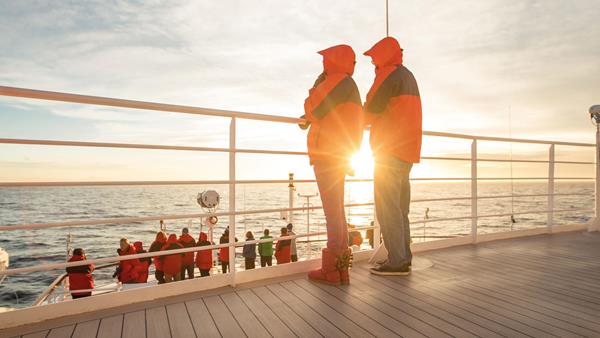 In what was once a hostile environment, intrepid travellers can experience Antarctica’s frozen beauty on a once-in-a-lifetime expedition. Follow in Palmer’s wake on an A&K Luxury Expedition Cruise. A special-edition voyage, Antarctica Discovery: Palmer’s Bicentennial Expedition, is setting sail aboard the luxurious
Le Lyrial in January 2020. 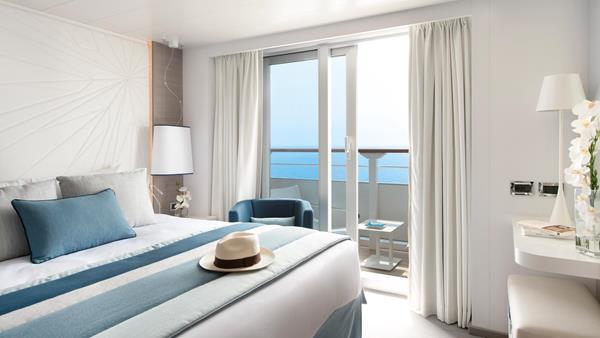 Weather and conditions allowing, the cruise will visit the black-sand beaches of Deception Island, peppered with penguin. Some of the most exciting marine biology research can be seen at Palmer Station, grafted into the rocky Anvers Island. Then venture all the way to wildlife-rich Marguerite Bay, the southernmost point of Palmer’s expedition. Located 66°S of the rarely transited Antarctic Circle, discover an epic wilderness in the world’s final frontier. 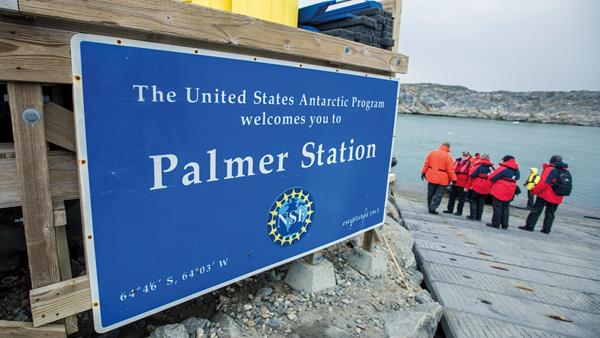 If you’re feeling inspired to follow in the footsteps of Palmer, an Antarctic expedition with A&K is sure to thrill. With us, you’ll visit Antarctica in inimitable style aboard a luxury vessel, manned by experts in the region. Speak to one of our Antarctica specialists to find out more.

A once-in-a-lifetime opportunity to experience the eclipse in Antarctica, in the centre of its path of totality, onboard luxurious Le Lyrial

Read more
Handpicked by our private client managers, our Ultra Luxury collection showcases the crème de la crème. Expect exclusive experiences, unique locations and accommodation that is second to none.

Astounding Antarctica invites you to follow in the footsteps of famous polar explorers and discover this fascinating icy landscape, its rare wildlife and stunning natural phenomena

Embark on the expedition vessel Island Sky for an Antarctic adventure

Embark on an exciting tour of Antarctica on your way to witness a total solar eclipse. Discover abundant wildlife, panoramic views and striking natural phenomena

Whichever way you look at it, a stay at Whichaway Camp is a once-in-a-lifetime experience

Experience the wonders of Antarctica on board the stylish Island Sky