January 2, in Our Travels

During an A&K voyage to the Northwest Passage, Melissa Hookway discovers the Arctic wildlife and remote communities calling this wilderness home.

The Northwest Passage Arctic expedition is a cruise like no other – a gift-wrapped parcel of experiences, full of scenic beauty, culture, history and wildlife. Having the chance to join the crew aboard Le Boreal, I feel as though all my Christmases have come at once.

During the cruise, I fall in love with the tiny settlements dotted along the west coast of Greenland, where colourful houses on stilts are scattered without order. Our small flotilla of Zodiacs filled with parka-clad visitors is welcomed by the communities here. We are keen to learn all about these remote people, who depend on fishing and hunting seal, whale, walrus and polar bear to survive – as their ancestors did thousands of years ago. In the Greenlandic settlements of Sisimiut and Kullorsuaq, we’re treated to a demonstration of traditional hunting and kayaking techniques. This is also our chance to see the distinctive houses at close quarters and admire iceberg-speckled Baffin Bay from the shore. 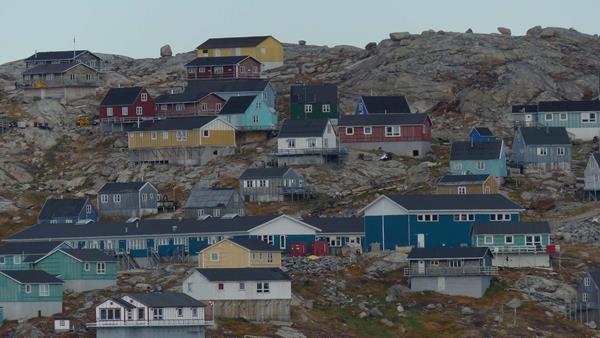 The Arctic’s vast icefields and icebergs must be seen to be believed. Spectacular icebergs take on the characteristics of a Henry Moore sculpture, with rounded edges and elliptical holes. Blue ribbons of colour strike through the ice whiteness, and wave motion has carved fringes around the bases. Dawn breaks, and across the water I see a knobbly dorsal fin and dark crescent shape break the surface, the blow of the whale a peachy pink plume of mist in the early morning glow. It’s the first humpback whale sighting of the voyage. 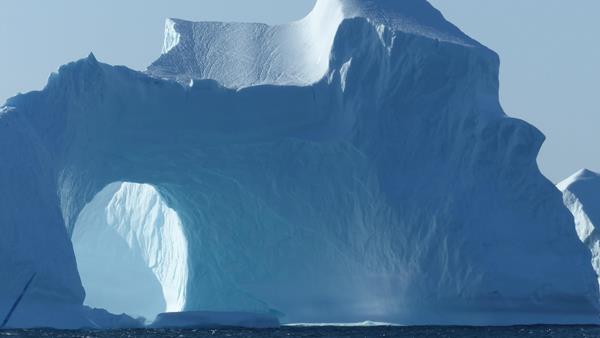 The adventure continues with navigation along straits bordered by steep cliffs, passages and bays. The Canadian Arctic is made up of tundra and permafrost, as well as icy wastes, all equally breath-taking, but each in its own way. In places that look bleak and barren, I learn to look down to search for signs of life in the form of fungi, colourful spreading plants that hug the ground, and white bones of caribou. Much more abundant life appears early one morning, when those on board are awoken by an announcement to suggest that we should look out on the port side to see something special. Hundreds of harp seal were weaving in and out of the water in close formation, running-stitch style. This was a sight definitely worth seeing from my stateroom balcony, despite my being dressed in just a bathrobe. The cold of the Arctic is briefly forgotten. 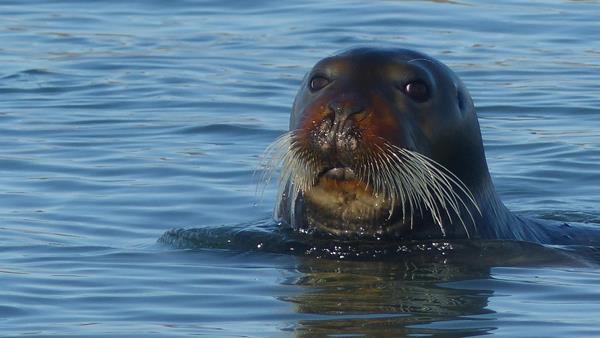 Not long after, we’re treated to another wildlife sighting; the keen eyes of some of the A&K operations team spot a polar bear. It takes a while for me to focus on the smudge of cream halfway up a huge scree slope that sweeps down to the water’s edge. Not just one bear, but cubs too. The ship falls silent, people talk in whispers, and we watch the family lumber slowly down before they slip into the water with barely a ripple. These bears are all-terrain animals, and extremely agile, which is why bear guards take up key positions in the landscape before we’re invited ashore to explore. 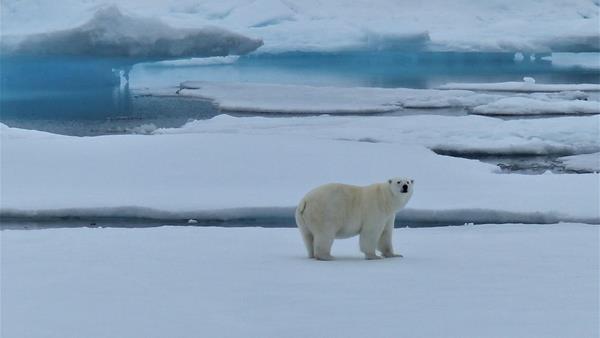 Visiting several remote Canadian communities brings more cultural revelations. We are welcomed by Inuit young and old – enough to fill a hall – allowing us to appreciate their traditional dress and enjoy the spectacle of drum dancing. I also discover the fascinating practice of throat singing, with two women taking part in a competition facing each other; alternately they create a low guttural sound in a rhythmic way, with the loser the first to laugh.

During the expedition, our experience is enhanced by lectures covering a diverse set of subjects, from geology to climatology, from whales to culture, and I hang on every word. The history lecturer ignites my imagination with talk of intrepid explorers such as Amundsen, Nansen and Franklin.  Many men perished in the search to find a passage through from the Atlantic to the Pacific Ocean, and one of the most mysterious expeditions concerns John Franklin and what happened to the crew of the Erebus and Terror in the 1840s. We land at Beechey Island, a barren looking place 1.5 miles across, comprising just cliffs and a beach of permafrost. The temperature is about two degrees Celsius but feels a lot colder in the biting wind as we arrive. The expanse of shoreline is broken only by a few simple grave markers; three are crew from Franklin’s expedition, having overwintered here in 1845-46, and the other is for a member of one of the expeditions that followed. It’s a poignant moment. Franklin and his crew later abandoned their ships, which had been landlocked in ice for two years, before tragically losing their lives on King William Island.

It is never a given that the Northwest Passage will be clear enough of ice to allow vessels through, so I feel honoured and privileged to be part of this successful expedition. Each new day is exciting and punctuated by unpredictable wildlife sightings, including glimpses of narwhal, bowhead whale and Arctic wolf. One of my favourite moments of wonder is our search for polar bear in the pack ice. What a joy to see movement across the slabs of broken ice as a furry form pads and leaps from one to the other, heading in our direction to investigate. With skilful navigation, Le Boreal inches back and forth, nudging closer to the bear who lies down on a nearby ice ridge to watch us with coal-black eyes. 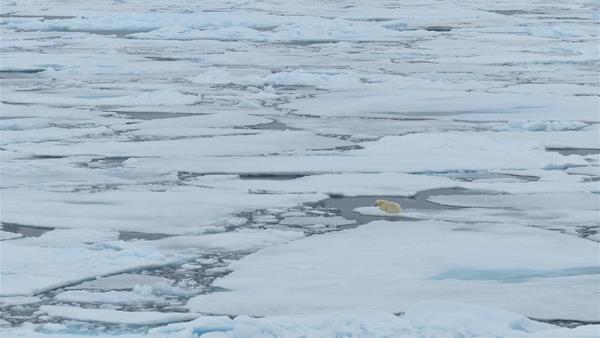 Feeling inspired to embark on your own Arctic expedition? Discover our range of luxury Arctic cruises and begin planning today.