Top luxury golf destinations in the UK and Ireland

Tee off on some of the oldest, nearest and dearest golf courses in the world, right here in Britain and Ireland

The modern game of golf originated in 15th-century Scotland. As its popularity grew, it rankled royalty – namely King James II who banned it for distracting men from their archery practice. It took another century before the sport finally received the royal seal of approval, when King James VI (who enjoyed a round or two himself) gave his support. The rest, as they say, is history. Today, there are cherished courses throughout the world — but the British Isles remain home to some of the oldest and finest around.

If your dream holiday features an immaculate fairway with a view, in a place wrapped in history, then we know just where to go. Here is our pick of the best destinations in the UK and Ireland for a luxury golf holiday.

The Old Course at St Andrews 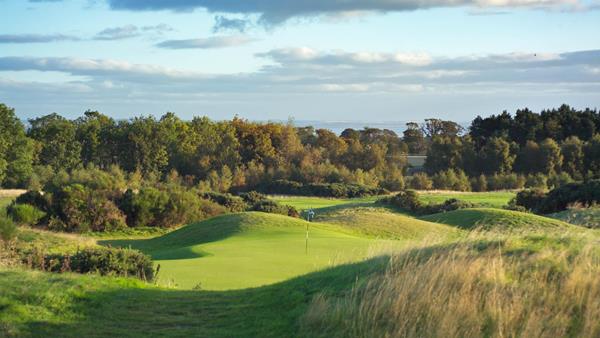 Considered to be the oldest golf course in the world, this is the spot for a pilgrimage putt. The Old Course at St Andrews has hosted the Open Championship 29 times since 1873, and you’ll be swinging on the same hallowed green as Tiger Woods and Nick Faldo, among others who have raised the Claret Jug here. Crossing the 700-year-old Swilcan Bridge, which connects the first and 18th hole, is a rite of passage (as is getting stuck in Hell’s Bunker). With A&K, you can experience the Old Course as part of a luxury package that includes driving range and dining privileges. Stay at the AA Five Red Star Old Course Hotel for privileged access to its legendary golfing facilities.

Kingsbarns Golf Links is another acclaimed 18-hole course along the same stretch of Fife shoreline as the Old Course. Golf Digest, Golf World Magazine and other publications rank it among the top 100 golf courses in the world. Golfers have been putting here since 1793, and the course has played host to the Ricoh Women’s British Open, Alfred Dunhill Links Championships and Open Championship qualifying events. 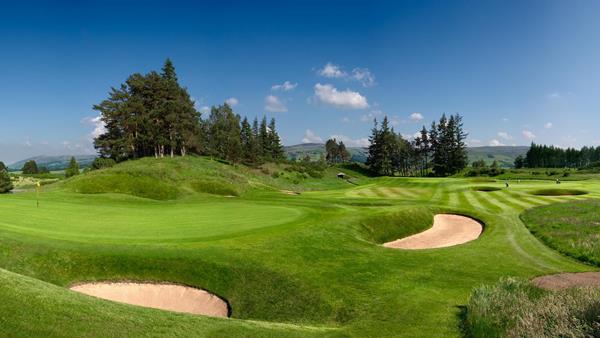 Since opening its doors in 1924, Gleneagles Hotel has built quite the reputation. This grand property in Auchterarder has received AA’s coveted Five Red Star rating, two Michelin stars for its restaurant and — more pertinently — ‘Best Golf Resort in the World’ from the Telegraph’s Ultratravel Magazine several years in a row. It should come as no surprise; Gleneagles’ three championship golf courses (The King’s, Queen’s and PGA Centenary) are renowned. It has hosted the Ryder Cup, Women’s British Open, Solheim Cup and more. Though the courses may not boast centuries of history, they more than make up for it in their artful design and scenic beauty.

Situated just 40 kilometres from the vibrant capital city of Dublin, The K Club is a 19th-century estate turned luxury golf retreat in County Kildare. Its two championship golf courses – designed by Arnold “The King” Palmer – have welcomed the world’s best to compete on their greens for the Ryder Cup, the Irish Open and the European Open. The K Club’s mansion is now an AA Five Red Star hotel, and guests can look forward to unwinding amidst its 223 hectares of scenic parkland. 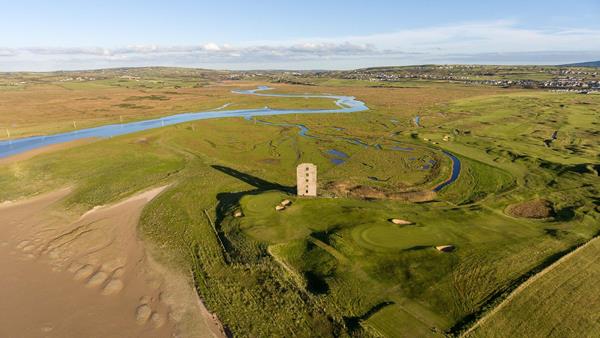 Set in the pretty west-coast town of Lahinch, this 168-year-old club has been hailed by some as ‘the St Andrews of Ireland’. Golf Digest included it among the world’s greatest golf courses, and it played host to the 2019 Irish Open tournament. As you putt your way around the two 18-hole courses here, take a moment to breathe in that fresh, Atlantic sea air and admire the gorgeous scenery.

Royal Portrush is another coastal beauty that proves there’s nothing quite like a round of golf with a sea view. This popular County Antrim golf club features two 18-hole courses — the Dunluce Links and the Valley Links. Since it was established in 1888, Royal Portrush has hosted the Open Championship twice, most recently in 2019 when Irishman Shane Lowry raised the Claret Jug. Play here and you’ll be playing at one of the world’s 100 greatest golf courses, according to Golf World.

Suggested itinerary: Discover the greens of the Emerald Isle

Just up from the shoreline of Sandwich Bay in Kent lies the charming Royal St George’s Golf Club. It was here in 1894 that the Open Championship was hosted outside Scotland for the very first time, and Royal St George’s has gone on to host it 13 more times. Perfect your swing on the Club’s 18-hole course, which is designed to be a challenge even for old hands (watch out for the UK’s deepest bunker). For the ultimate princely pairing, you need only look next door; neighbouring Prince’s Golf Club features three nine-hole courses and is well worth a visit.

The same year St George’s was hosting the first Open outside of Scotland, Royal St David’s was opening its doors for the first time. Set in the seaside resort of Harlech within Snowdonia National Park, Royal St David’s is one of Wales’ most historic and highest ranked golf courses. Views of the Irish Sea and distant mountains provide a scenic backdrop as you make your way around this tricky 18-hole course.


At A&K, we can design your perfect luxury golfing staycation. Or, for those wishing to tee off elsewhere in Europe, why not browse the European golf villas on our sister site? Enjoy round after round in sun-kissed corners of France, Italy, Portugal and beyond.

One of Scotland’s most prestigious hotels and sporting estates, Gleneagles has been welcoming guests to its "Glorious Playground" since 1924

A fantastic retreat for golfers and non-golfers alike, only a short stroll from the historic town St Andrews. Enjoy six unique dining experiences and 11 golf courses