10 ultimate adventures you need to book in advance

Enjoy the best of these bucket-list-topping destinations by planning well ahead, while taking advantage of A&K’s expertise

Spontaneity has its merits. As Jane Austen’s heroine Emma exclaimed: “Why not seize pleasure at once? How often is happiness destroyed by preparation? Foolish preparation!” Then again, Emma never attempted a 14-night Antarctic cruise timed to coincide with the solar eclipse…

For all the fun of travelling on the hoof, some adventures need meticulous planning. Limited availability, one-off events and complex itineraries require that everything be timed just so, well in advance, and by experts with the know-how.

We’ll always extol the pleasures of an impulsive jaunt, but for the 10 exceptional adventures below, we encourage you to plan ahead – with the help of our specialists. 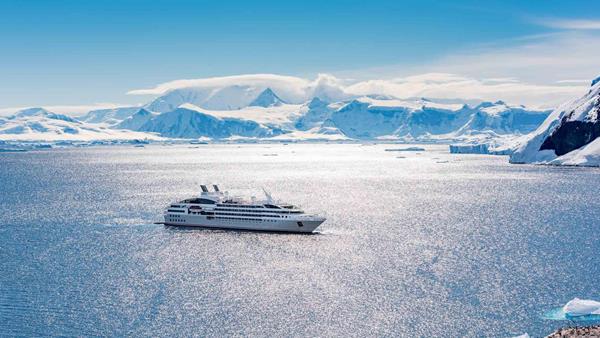 Vast, unforgiving and spectacular, Antarctica is like nowhere else in the world. This is the land of the emperor penguin and home of the South Pole, and in its icy waters swims the planet’s greatest concentration of blue whale – the largest animal known to have ever existed. Since explorers first landed here in the 19th century, the ‘white continent’ has attracted the adventurous of spirit; for more than 30 years, we’ve been helping them journey to see it.

Few have the chance to visit Antarctica, and even fewer get to do so under a total solar eclipse. On 4 December 2021, however, the stars will align; the moon will cross the sun, plunging the continent into momentary darkness. Our 14-night, once-in-a-lifetime expedition, Antarctica & the Total Solar Eclipse Cruise, can guarantee you’re right there to witness this rare event. With the pandemic creating pent-up demand, we recommend moving quickly to secure your spot. 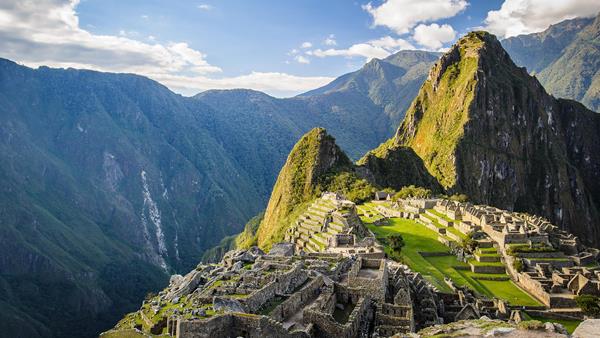 It doesn’t get better than these two South American stars – one a wonder of nature, the other a wonder of human construction. On the Galápagos Islands of Ecuador, witness the lava-laden landscapes and endemic wildlife that so inspired Darwin. In Peru’s mountain-top citadel of Machu Picchu, marvel at the Incan structures that lay lost for centuries.

On our 11-night Wonders of the Galápagos and Machu Picchu escorted tour, you can tick these two unique destinations off your wish list in one go. Other highlights of this multi-centre itinerary include cultural excursions in the Sacred Valley of the Incas and a guided tour of heritage-rich Cusco. 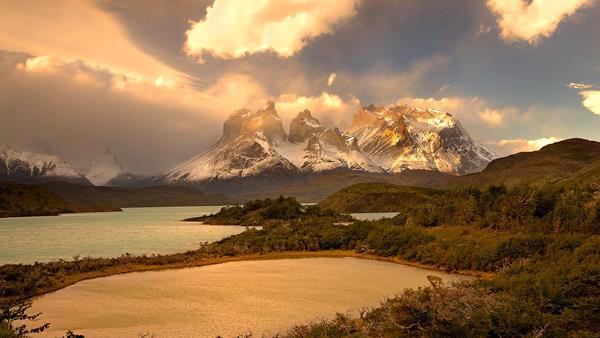 If it’s jaw-dropping scenery you’re after, it’s Patagonia you want. Picture soaring Andean peaks, golden grasslands grazed by wild horses and glittering, glacier-fed lakes. Then picture yourself amongst it all, experiencing a land still tended by the gauchos, whose ranches are often the only sign of civilisation for miles around. This wilderness straddling Chile and Argentina is the ultimate destination for lovers of the great outdoors.

Our 12-night Patagonia Explored suggested itinerary takes you across the very best of this region and its surrounds. Explore dazzling fjords, the famed Torres del Paine National Park and Chile’s beautiful Lake District, travelling by foot, horse, bike and kayak. 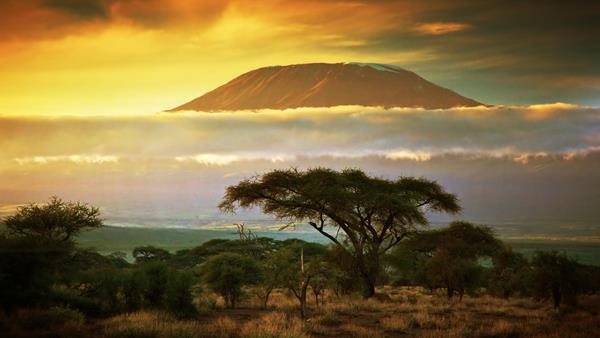 The Great Migration is one of the most remarkable sights in wildlife. Each year, more than 1.5 million wildebeest travel from the Serengeti in Tanzania to the Masai Mara in Kenya and back again, joined by hundreds of thousands of zebra, gazelle and other plains animals. This circular migration, driven by the need for fresh grazing ground, is fraught with danger, not least because of opportunistic predators such as lion and crocodile. To see this event unfold is to see the circle of life in action.

Our escorted tour, The Great Migration: Safari in Style, puts you and a small group of fellow travellers in the heart of Great Migration country. Across 13 nights, admire Africa’s creatures great and small, including the Big Five, with expert-led safaris. 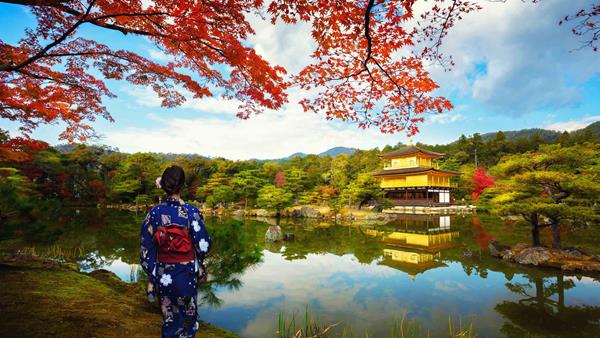 Divided by a small sea, Japan and China each boast a culture full of idiosyncrasies, ancient history and fascinating traditions. Japan spoils visitors with its capital’s vibrant subcultures, culinary excellence and blend of the hyper-modern and the charmingly archaic. China, too, is a contrast of the new and old; the Great Wall, Terracotta Army and Summer Palace are musts for history buffs, whilst effervescent metropolises such as Shanghai exemplify the country’s rapid modernisation.

These two destinations make the perfect pairing for a twin-centre adventure. Our 12-night Cultural Riches of the Far East suggested itinerary does just that, giving you time to explore Tokyo, Kyoto, Shanghai, Xian and Beijing in style. 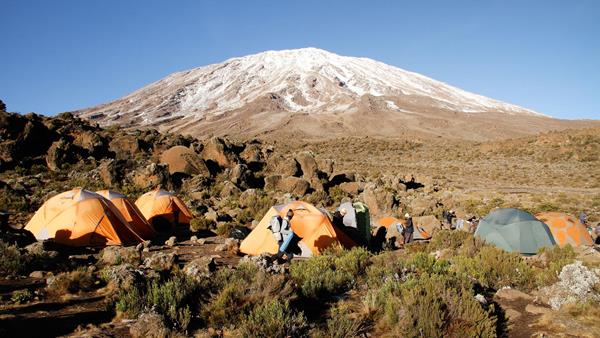 Aptly nicknamed the ‘roof of Africa’, Kilimanjaro is the continent’s highest mountain. Its three volcanic cones – snow-capped Kibo being the most iconic – sweep gently into the sky to dominate the horizon of northern Tanzania. Depending on your route, fitness and schedule, Killi is also a relatively comfortable hike; the youngest to reach the summit was aged just six, whilst the oldest was 89. So if you’re seeking a rewarding yet achievable addition to your bucket list, why not make it summiting Kilimanjaro?

The Machame route is the most popular way to climb Kilimanjaro, and you can climb it in confidence with A&K; we have a 97 per cent summit success rate. Our nine-night Kilimanjaro: the Machame route itinerary features extra acclimatisation days, certified guides and comfortable tented accommodation. 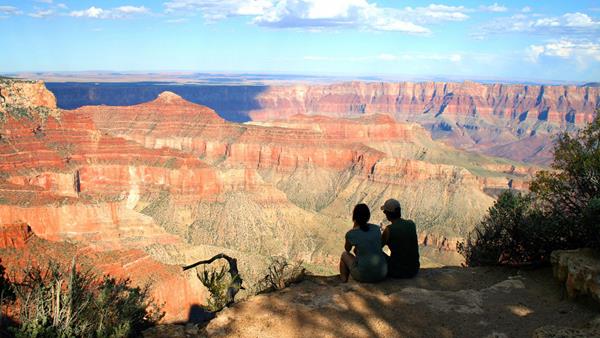 When you think ‘road trip’, one country likely springs to mind: the USA. Hollywood has long promoted America’s scenic highways as the settings for soul-searching escapes and adventures new. You needn’t be a state-border-hopping outlaw or a band of hedonistic students to enjoy an old-fashioned American road trip, however. Hit the road in the South West, and you can journey through some of the country’s most spectacular national park scenery, from the colourful ravines of the Grand Canyon to the mountains of Zion.

Our 16-night suggested self-drive itinerary, Immersive Grand Canyon and the South West, takes you through magnificent Arizona and Utah for guided exploration of Scottsdale, the Grand Canyon, Lake Powell and beyond. 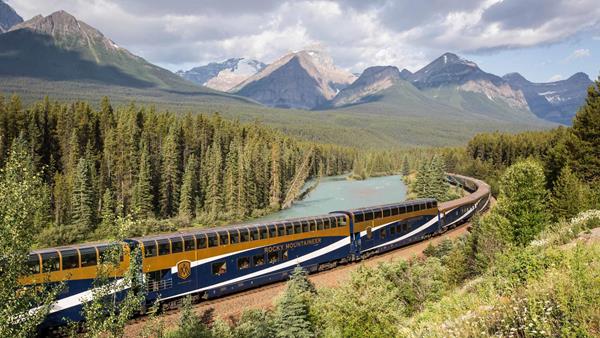 Canada is no slouch in the dramatic-scenery department, either. The world’s second-largest country has vast stretches of pine-forested wilderness, soaring snow-capped mountains, crystalline lakes and meandering rivers where grizzlies paw at salmon. The Rocky Mountains, which have one foot in the USA and another right here in Alberta and British Columbia, afford Canada some of its most impressive stretches of landscape. One of the most encompassing and luxurious ways to admire the Canadian Rockies is aboard the famous Rocky Mountaineer trains, whose rail routes are plotted to ensure excellent views around every bend. 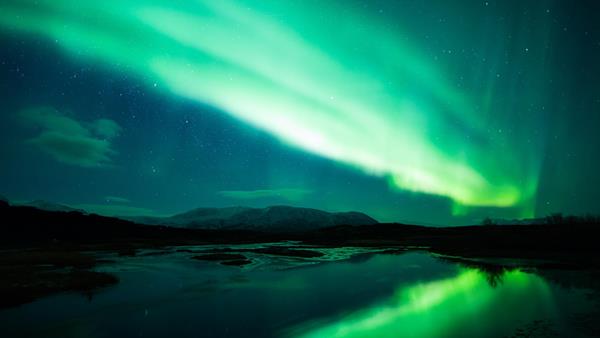 From its 10,000-plus waterfalls, to the volcanoes that inspired Jules Verne’s A Journey to the Centre of the Earth, to geothermal springs such as the world-famous Blue Lagoon, Iceland showcases nature at its most intense. The ‘land of fire and ice’ was made for adventures, be they taken on foot, 4x4, snowmobile or helicopter. Though every season has its charms, Iceland in winter is a snow-shrouded wonderland with long, twinkling nights; it’s one of the best times to spot the eerie, ephemeral colours of the northern lights, here – if you know where to look.

A&K’s three-night Iceland’s Northern Lights Wonderland itinerary takes you around the country’s famed Golden Circle and its atmospheric South Shore in search of the northern lights. 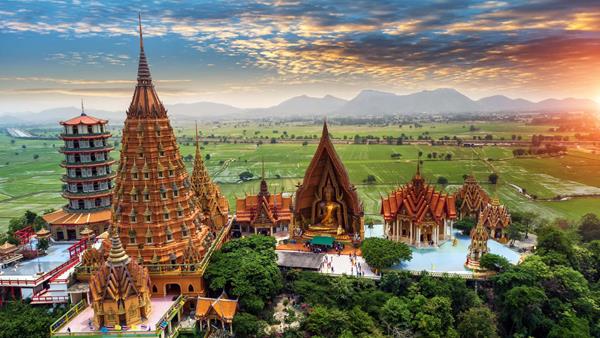 Our 15-night Untold Asia suggested itinerary celebrates the highlights of this fascinating region. Cruise the khlongs (canals) of Bangkok, watch the sunrise at Angkor Wat, meet the artisans of Siem Reap and more, before unwinding on a tropical island paradise.