The drive to Iceland’s small but perfectly formed capital city is scenic. You travel across a lava-laden landscape of the Reykjanes peninsula, where steam rises on the horizon. After that short flight from the UK, you’ll need a snack and to stretch your legs. Check into Hotel Borg the Art Deco design haven and then go in search the world’s most prestigious hot dog stand. Baejarins Betzu Pylsur is a favourite of celebrities and former presidents like Bill Clinton. It serves traditional dogs with Icelandic mustard. At £2 a pop, they’re worth a try. Reykjavík is a compact city, so take the time to explore Laugavegur Street with its bright and bustling shops. It’s mere metres away from hot-dog heaven.

Apotek is a new addition to Reykjavík’s burgeoning restaurant scene. It is housed on the ground floor of a former pharmacy. Just two doors beneath from Hotel Borg. Clever pharmaceutical touches punctuate the menu as well as the décor. While you wait for dinner you can knock back a few of the signature cocktails, created by the ‘pharmacists’.

For a small city, there are so many options. All offering their own take on effortless Nordic chic. B5, Kaffibarinn and Austur are just some of our favourites hangouts. If you’re travelling in June, there’s a greater than average chance that you’ll completely miss the Icelandic summer’s half-hearted attempt at darkness. Take a moment to experience the ‘midnight sun’. 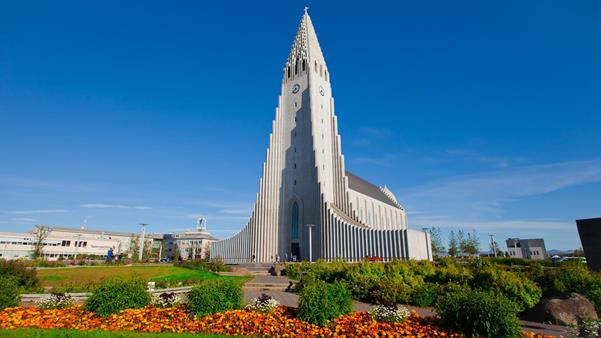 Start your day with a tour of the city on foot. It’s the best way to explore Reykjavík’s walkable city centre. Both the cathedral and parliament building are mere metres from Hotel Borg. The basalt-columned Hallgrímskirkja church that steals the show. It offers great views over the city. After your sky-high experience take a stroll down to the waterfront, keeping an eye out for the eider ducks, as you walk along the shore to the magnificent Harpa concert hall. The hall is decorated with hundreds of coloured glass panels. In the midst of the financial crisis, this was the only public building constructed in Iceland. 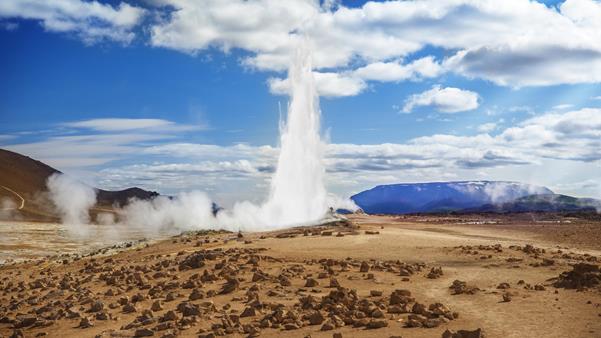 Thingvellir's Strokkur is the most active geyser in Iceland

After a light lunch, it’s an easy drive from the capital to Thingvellir National Park and the Golden Circle. The park is achingly picturesque. It was the site of Iceland’s first established parliament. And holds Iceland’s largest natural lake with water so clear that snorkelling is a surprising but common pastime. Here you’re in the gap between the North American and Eurasian tectonic plates. It’s the only place on the planet where you can see the plates moving apart. Nearby the great Geysir (a geyser) bubbles away ominously, while the ever-reliable Stokkur geyser spouts every few minutes. A short drive to the dramatic Gullfoss waterfall completes the Circle.

The unassuming South Shore settlement of Stokkseyri is a remote fishing village. It lies hunkered down behind a sea wall, sheltered from the ever-changing moods of the North Atlantic. Among the simple, pastel shaded houses is Vid Fjorubordid restaurant. The concept menu includes lamb or langoustine… and that’s about it. Both are sourced locally and served simply. 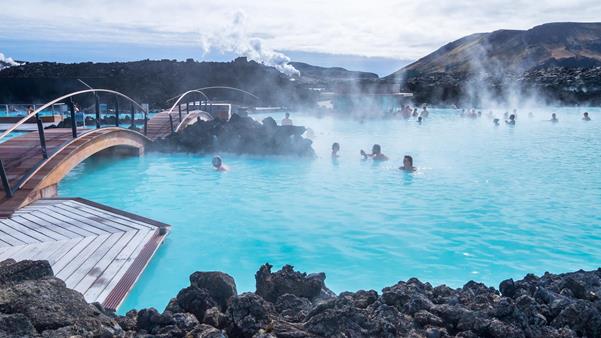 Take a final invigorating walk along the harbour wall. Or cram in some last-minute shopping at trendy outdoor clothing store 66° North. Your final stop of the weekend is the Blue Lagoon. The Blue Lagoon is the most famous geothermal pools on the island. It has been a magnet for visitors and locals alike for decades. You can have a treatment at the on-site spa. Or bob around the lagoon in search of the perfect temperature. There can’t be a more relaxing way to end a holiday.

Your entry to the Blue Lagoon includes some complimentary fizz and a table at the spa’s eponymous restaurant. It’s a final chance to sample some of the island’s delectable fish dishes before you make the short journey to the airport. Cheers, Reykjavík.