Iceland is having a major moment. Social media and TV phenomenon Game of Thrones are fuelling travellers’ lust to see the filming locations and visit moss-covered lava flows, glacial-melt waterfalls and mind-bendingly blue lagoons. When it comes to luxury Iceland tours and holidays, you should believe the hype. There are few places around the world that showcase the awesome power of Mother Nature with such intensity.

1. It’s the land of the Midnight Sun 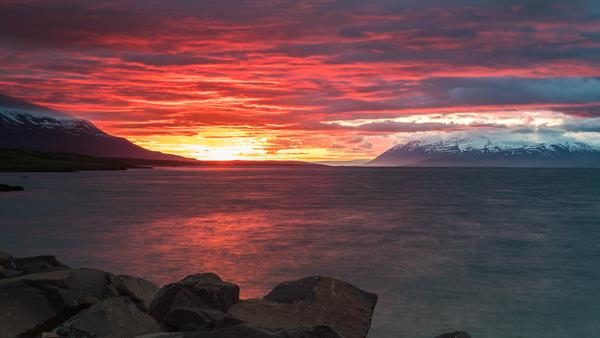 During the summer months, Iceland’s proximity to the Arctic Circle means the sun never truly sets and the sky remains a reddish-gold all night long. In the country’s folk tales, the summer solstice – the longest day – is a magical night when cows talk, seals turn into humans and elves (huldufólk) and trolls are out and about. For those visiting, the Secret Solstice festival in Reykjavik celebrates the 96 hours of sunlight with a multi-stage music festival. 2018’s line-up included Stormzy and Bonnie Tyler.

2. Its largest church is striking 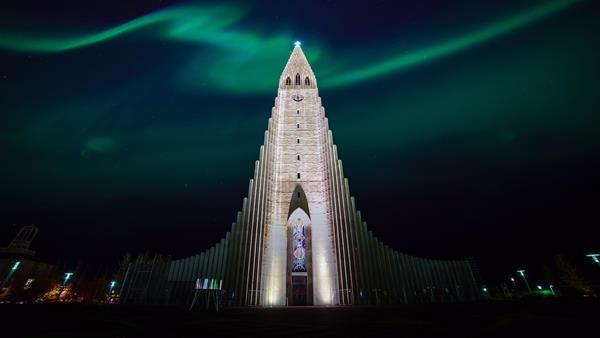 Hallgrímskirkja’s unusual architecture will stick in the memory. Reykjavík’s most picturesque and tallest church is visible throughout the capital. Commissioned in 1937, it was designed by architect Gudjon Samúelsson, who planned for the church to be able to accommodate 1,200 people and high enough – at 74.5m – to transmit radio signals. The Scandinavian Modernism-influenced edifice took 41 years to complete and was finally finished in 1986. It’s one of the most Instagrammed places in the country. From the observation area at the church’s top, shots of the stunning 360-degree panorama of the colourful city below are grid gold.

3. The food is delicious 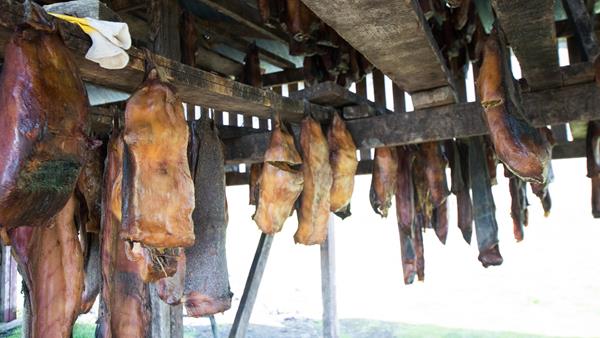 The best known of Iceland’s traditional foods, hákarl, is fermented shark meat that has been left to dry for four to five months. You’d be hard pressed to find a local that actually eats it though. The unofficial national food is the hot dog. The best in town? You’ll find them at Bæjarins Beztu Pylsur, a harbourside hot-dog stand, which opened in 1937. It was made famous by a 2004 visit from former president Bill Clinton. Fast food aside, Icelandic cuisine is fresh, pure and inspired by ingredients from the local environment – sheep, cod, herring, etc. Reykjavík’s restaurant scene is anything but rustic though. The city’s top spots include the likes of Michelin-starred Dill and Matur og Drykkur. Don’t leave without trying Skyr and Icelandic lamb, which is raised on a diet that contains no antibiotics, no hormones and no pesticides. 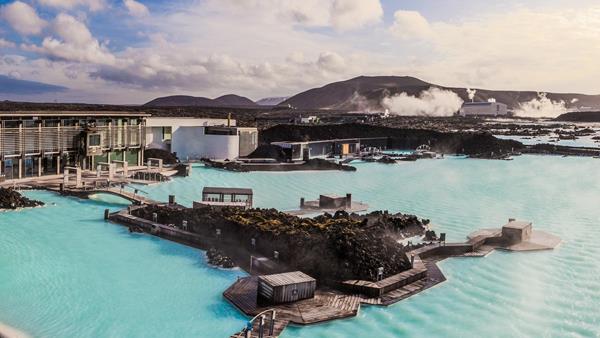 Set in the region’s volcanic plains, the Blue Lagoon is famous for its warm waters that are rich in minerals. The pure, bubbling, blue waters may be Iceland’s best-known but thermal baths are dotted all over the country – there are 17 public pools in Reykjavík alone. Those wanting to take a memorable dip though should visit Landmannalaugar in the southern Highlands. Known as ‘the People’s Pools’, Landmannalaugar is awash with handsome hot pools surrounds by multicoloured magma-made mountains and black lava fields.

5. Its outdoors is truly great 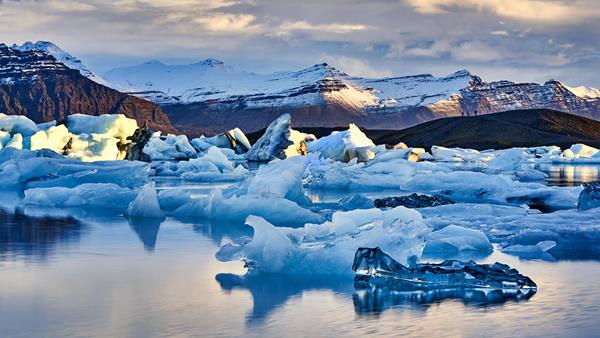 You’ve heard of the Golden Circle, the thundering falls of Gullfoss, shapely Mount Kirkjufell and Langjökull glacier, with its much-photographed ice tunnel. But just about everywhere in Iceland is photogenic, with scenery that is out of this world. Jökulsárlón glacier lagoon is 25sqkm and 260m-deep. Floating on its rolling surface are brilliant blue, white and grey (from volcanic ash) icebergs that have calved from Breidamerkurjökull glacier (which is rapidly retreating at a rate of 500m per year). Located right beside the Ring Road, between Höfn and Skaftafell, visit Jökulsárlón for seal spotting and iceberg idolatry. On nearby Diamond beach, icebergs rest like gems on the black sands. Surreal but beautiful.

6. You can dive or snorkel between the continents 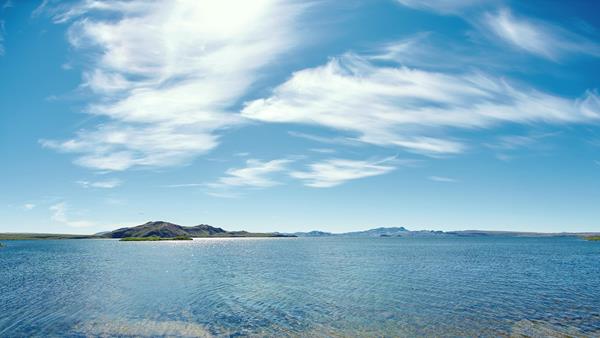 Grab your gear and head to Lake Thingvallavatn in Thingvellir National Park to dive or snorkel in between the North American and Eurasian tectonic plates. The lake is glacially fed, and visibility is far-reaching. Enthusiasts will need an Open Water qualification to dive but anyone can snorkel in these super-clear waters.

7. The microbrewery scene is intoxicating 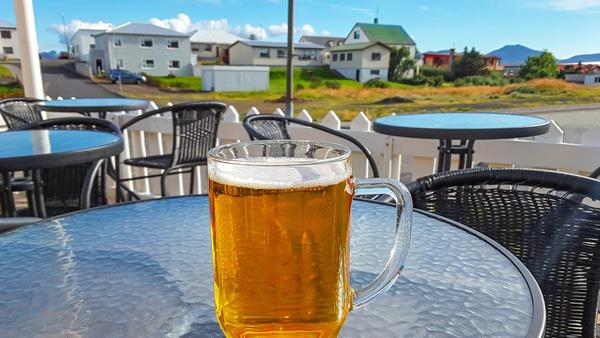 Whether you prefer a pale ale, porter, ruby, IPA or stout, chances are an Icelandic microbrewery is brewing up your choice of craft beer. Beer was banned in Iceland until as recently as 1989 and in the years that followed, it was imported lagers like Budweiser that were commonly imbibed by the locals. The Icelandic beer scene was jolted back to life in 2005 with the foundation of the Kaldi brand. Now reportedly Iceland’s most popular bottled beer, it can no longer be reasonably categorised as micro-brewed beer. Artisanal ales raising the bar and worth seeking out on brewery tours or Iceland’s hip and happening bars include those by Lady Brewery, Kex Brewing, Stedji, The Brothers Brewery and Borg Brugghús, amongst many others.

8. The hotels are hot – and that’s just the proximity to the geothermal baths 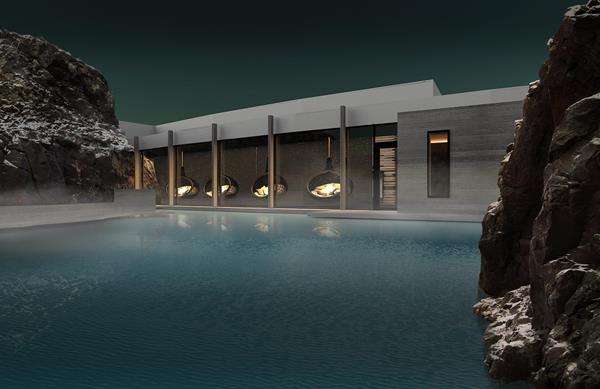 As tourism has boomed, there has been answering uplift in the numbers of stylish places to sleep. The Retreat is a new luxury hotel catering to visitors at the Blue Lagoon, the geothermal spring. The hotel offers 62 rooms, decorated in a Scandi-style, which allow the view from the floor-to-ceiling windows to be the star of the show. Moss restaurant dishes up traditional Icelandic recipes, made with a modern twist. Lagoon aside, the hotel makes for a great location for northern lights viewing.

The Retreat at Blue Lagoon