Cruising isn’t just about mega-ships and their headline-grabbing attractions; the small and luxury sectors of this market have undergone a revolution too

Cruising has been one of the major success stories of recent years. It has emerged from the sleepy backwaters of the travel industry to become a dynamic force in the holiday mainstream. It is unrecognisable from the traditional, staid holiday choice. In the past, cruises were mocked as being for the ‘newlywed, overfed and nearly dead’.

Over the last decade billions of pounds have been poured into fleets of sparkling new vessels. These are packed with the sort of fantastic facilities that most of us never dreamed of seeing on a ship.

Who could have predicted today’s floating mega ships? They can carry more than 6,000 passengers. They are more reminiscent of a floating Las Vegas and sit alongside with ships boasting ice-skating rinks, real-grass lawns, dodgem cars and waterslides.

Attractions like this have hit the headlines. They have caught the travelling public’s imagination. Rising numbers of first-timers are keen to try out their sea-legs on a cruise. Last year, the number of British cruisers broke new records. It has jumping to nearly 1.8 million – a figure that has grown by more than a million since 2000. The global cruise market, led by the Americans, topped 23 million. 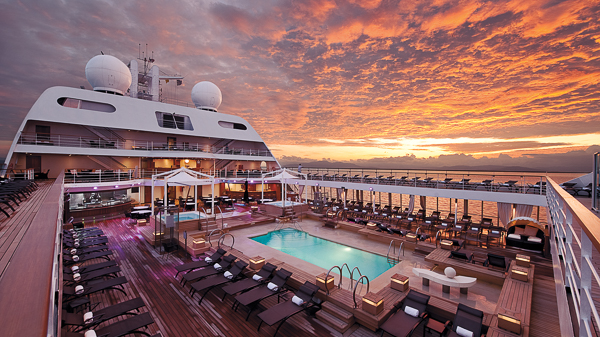 But cruising isn’t just about mega-ships and their headline-grabbing attractions; the small and luxury sectors of this market have undergone a revolution too. Big is not necessarily beautiful for all cruise customers. They are discovering that the smaller the ship, the more special the experience can be. The most luxurious of these are dubbed the ‘six-star’ lines. Companies such as Regent Seven Seas Cruises, Silversea and Seabourn lay claim to offering the highest standards on the ocean wave. Step aboard and you can expect sumptuous suites, butler service, haute cuisine, fine wines and personal attention from crew members who remember your name. They will line up your favourite drink on the bar without being prompted. And will even clean your sunglasses while you laze on deck too! 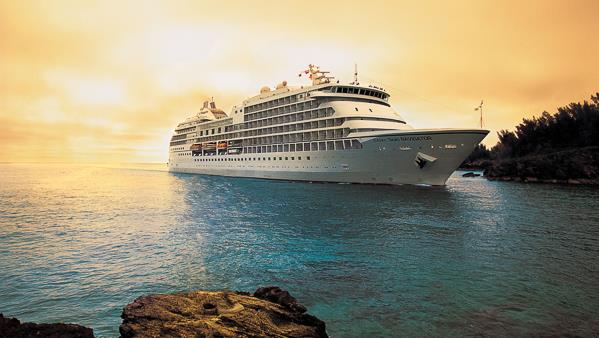 Nearly all the luxury lines are all-inclusive. Drinks, tips and speciality dining are covered in the fare. Some, like Regent, also include flights and excursions in the price. Ships are smaller and more intimate than those of their mass market counterparts. They take hundreds of passengers rather than thousands. This enables them to sail into smaller ports more off-the-beaten track. 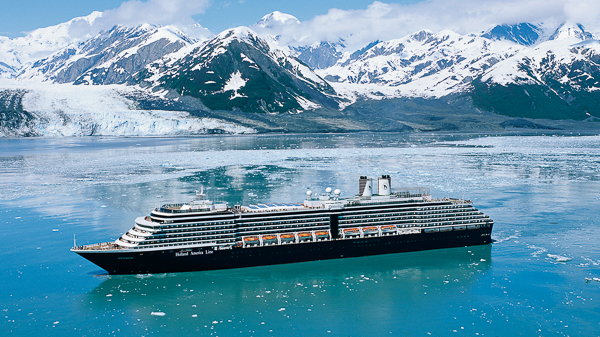 Premium cruise lines, such as Azamara Club Cruises, sit just below the luxury bracket. However, they still include some aspects such as gratuities, selected drinks and special events ashore during sailings. The likes of Celebrity Cruises and Holland America Line have larger vessels, but they see themselves as a cut above the other big-ship lines. This is due to their more upscale surroundings and sophisticated restaurants.

And the choice continues to grow. 2016 was dubbed ‘the year of luxury cruising’ with a flurry of new ships and refurbishments. July saw the launch of Regent’s Seven Seas Explorer, billed as the world’s most luxurious cruise ship, while in December Seabourn unveils its newest vessel, Seabourn Encore. Spring 2017 marks the arrival of Silversea’s latest addition, Silver Muse.

Cruising for the intrepid 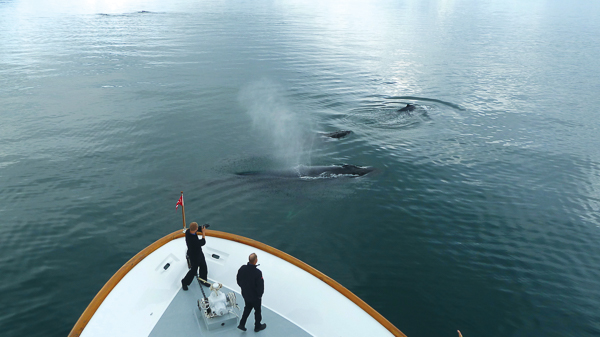 Budding adventurers should take note because expedition cruising is another area on the up. Sailing to the ends of the Earth has never been so simple thanks to the range of cruise companies offering everything from hardcore expeditions on ice-breaker vessels to the North Pole to soft adventures where you scratch the surface of a destination.

Voyages to the Polar Regions are becoming ever more popular. Everything from midnight sun and northern-lights adventures into the Arctic Circle to intrepid voyages to Antarctica.

Lines such as Australis will take you around the tip of Cape Horn. Seabourn and French boutique company Ponant have ships with ice-strengthened hulls to cope with extreme Polar conditions.

There are also voyages to more tropical outposts such as the Galápagos Islands. Celebrity Cruises is tripling its fleet of small vessels from one to three and to Papua New Guinea, Borneo, Madagascar and the Kimberley region of Australia.

Asia is another area seeing a boom in cruise interest. This melting pot of countries and cultures makes it perfect for exploring by ship. From the ethereal limestone seascape of Halong Bay in Vietnam to the remote islands of Indonesia where Komodo dragons roam. Traditional phinisi yachts with evocative names like Tiger Blue and Silolona offer an authentic way to explore these exotic waters. River cruising has come into its own with a tidal wave of new vessels and far-flung destinations. Popular rivers to cruise on include the Mekong river, which runs through Vietnam and Cambodia and the Irrawaddy (Ayeyarwady) in Myanmar where Sanctuary Retreats has one of the most luxurious craft on the river.

More travellers are also spicing up cruises with extra nights ashore. This fuels demand for increasingly imaginative cruise-and-stay packages. This is where A&K comes into its own, using its expertise to turn the memorable into the unforgettable. Rates are competitive.

With so many cruise lines to choose from, picking the perfect ship can seem like a daunting decision. Having tried and tested many of those on offer, our cruise expert, Emma Browne, is on hand to answer your questions and share her insight.

‘In the last couple of years I’ve experienced first-hand the contemporary luxury on board Celebrity Cruise Lines. You can indulge your senses in the art of molecular mixology offered at the “lawn side bar” (featuring real grass – an at-sea first!). I’ve also been in the Baltics to enjoy enchanting music by the St Petersburg Symphony Orchestra under the stars, an “Azamazing Evening” like no other by Azamara Club Cruises who won the “best holiday extra” award in 2015 for their bespoke events. For foodies, I’d recommend Seabourn’s luxury yachts and their “join the chef” excursions where you spend the morning shopping for local delicacies which the head chef then uses to create the evening’s sumptuous dinner menu.

I can also help you choose cabins, I’ve stayed in various rooms over the years, from Crystal’s Deluxe Ocean view Staterooms to Celebrity’s fantastic Aqua Class Balconies (complete with their own speciality dining venue). I’ve indulged in Silversea’s Medallion Suites and Regent Seven Seas’ Penthouses. I’ve even been fortunate enough to enjoy Seabourn’s elegant Wintergarden Suite, which is a magnificent 1,000ft2 in size!

If it’s adventure you’re after, we can offer specialist expedition voyages to spectacular parts of the planet, from the wildlife in the Galápagos Islands to the icefields of Antarctica. We can even extend your stay with a trip on the Rocky Mountaineer in Canada, the Orient-Express in Europe, or a touring holiday with one of A&K’s incredible guides’