Travelogue: My year in Antarctica

July 1, in Our Travels

Paul Thomas, A&K’s IT infrastructure engineer, shares his experience of life at the British Antarctic research base Halley VI.

You might have seen the Horizon episode “Antarctica – Ice Station Rescue”, aired in 2017. To make it, the BBC brought their cameras down to the research base where I was stationed throughout 2013. Antarctica is full of wonder, and the programme is just one example of the growing spotlight being shone on this remote region. 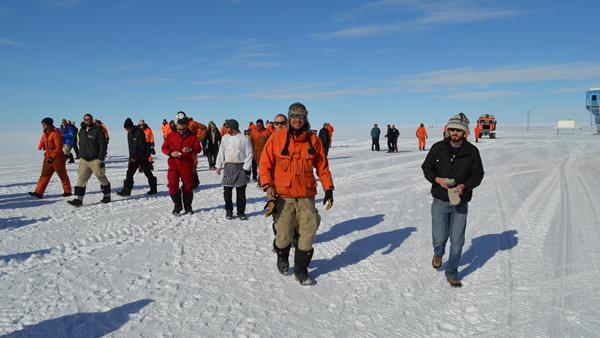 The trip down to Antarctica will always stay with me. I boarded a ship in Cape Town, which took three full weeks to arrive. For the entire length of the journey, my mood straddled excitement and anxiety. My role on Halley VI was to be the communications manager, which meant I was to look after the radios, the satellite communications and all the general IT on the base. I was stationed in Antarctica from December 2012 until February 2014, so I did a full winter stint in 2013. Throughout my time there, I was constantly aware that others were depending on me; the ability to keep in touch is one of the most important factors of our survival in such a harsh environment. 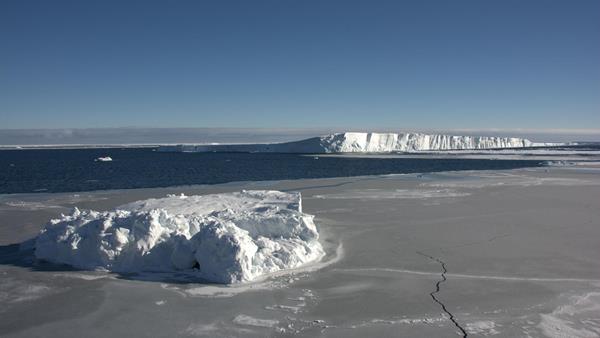 The ice shelf our base was built on was showing signs of breaking away. Had we waited much longer, we might have found ourselves adrift on a giant iceberg. The BBC programme focused on the process of relocating the station, which was no easy feat. Facing wind chills often below minus 30 Celsius, we had to move every one of Halley V1’s buildings to a new spot 20 kilometres to the south. 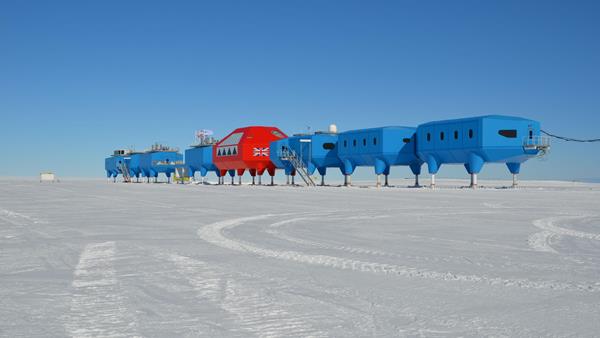 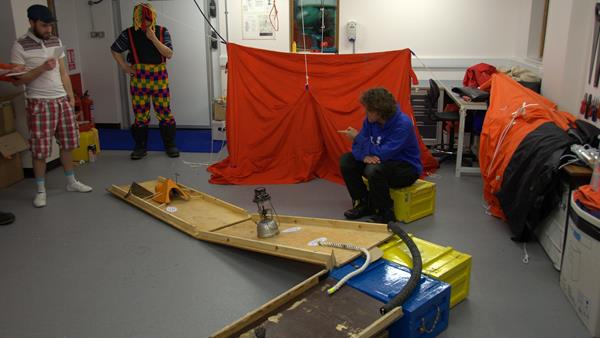 Part of my job was to maintain contact with aircraft landing in or taking off from the station, as well as providing a central point of contact for people all over the site using their walkie-talkies. The summers were extremely busy, and we often worked around the clock while we were able to take advantage of the 24-hour daylight. This summer phenomenon seemed to give me extra energy, though it took some time to get used to. And as soon as I had acclimatised, the daylight hours began to dwindle. 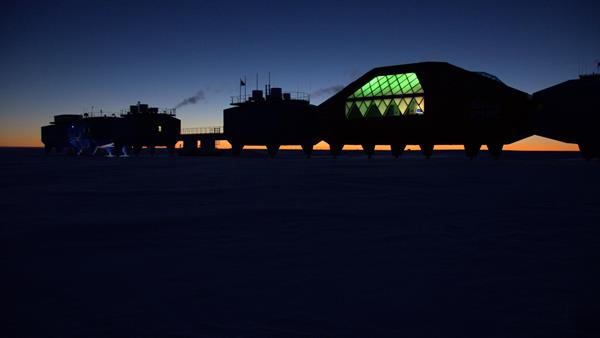 The long winter period was spent mostly in darkness, with around 100 days where there was no sunlight to speak of. We were down to a skeleton crew of 13 people, and we knew we were relying on one another to survive the conditions – not just physically, but in terms of our morale as well. 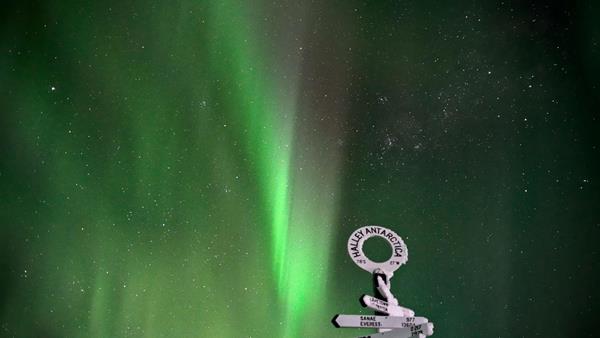 The reason we were all there, braving the bitter ice that each day brought, was to execute and monitor various experiments to do with the environment. One of Halley’s biggest claims to fame was its discovery of the Antarctic hole in the ozone layer in the early 1980s, from which the atmosphere is still recovering from. A lot of the experiments took place on the site around the main station, but they could still be over a kilometre away and had to relay their data back to the main station over the network. It was up to me to look after the fibre-optics that were buried in the snow keeping them all connected. 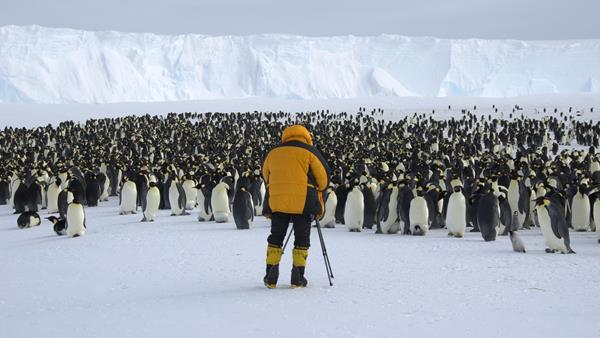 I often think back to my encounters with the wildlife, when a great albatross would pass majestically overhead or the echoes of a nearby elephant seal would by carried by the breeze. The often-overlooked aurora australis was a lightshow that I feel privileged to have seen. Yet I also recall that the internet was provided by satellite connection – and it was beyond slow. The speed was 0.25 megabytes per second and was shared by up to 80 people in the summer.

However, much of this will be different for those taking an A&K luxury cruise to explore the region. Although Halley VI isn’t open to visits like many of the other bases in the Antarctic, fascinating work is being done throughout this little-explored desert of ice.

Read more
Handpicked by our private client managers, our Ultra Luxury collection showcases the crème de la crème. Expect exclusive experiences, unique locations and accommodation that is second to none.

Stand amongst a thriving colony of Emperor penguins and visit the South Pole on this Antarctic adventure of a lifetime.

A&K expedition – The Northwest Passage: Greenland to the Bering Sea with Geoffrey Kent 2022

Experience an epic holiday adventure to Antarctica, South Georgia and the Falkland Islands

A&K expedition – The Northwest Passage: Greenland to the Bering Sea 2023

Whichever way you look at it, a stay at Whichaway Camp is a once-in-a-lifetime experience

Experience the wonders of Antarctica on board the stylish Island Sky