Melissa Hookway, A&K Travel Specialist, shares her wildlife adventure in the tropical wetlands of the Pantanal and the Amazon Rainforest.

My first wildlife encounter came at sunset. The ‘neeeowwww’ sound was barely noticeable at first, but it soon became nearly deafening. The makers of this racket were the local dwarf frogs, which hopped in and out of the nearest swamp.

The Pantanal landscape resembles the parklands and wetlands of the UK, but with the heating turned up to max – not to mention the ever-present soundtrack and the odd palm tree thrown in. Paired with the Amazon rainforest, it makes for the perfect eco-adventure in Brazil – as I discovered first-hand.

Exploring the Pantanal at night 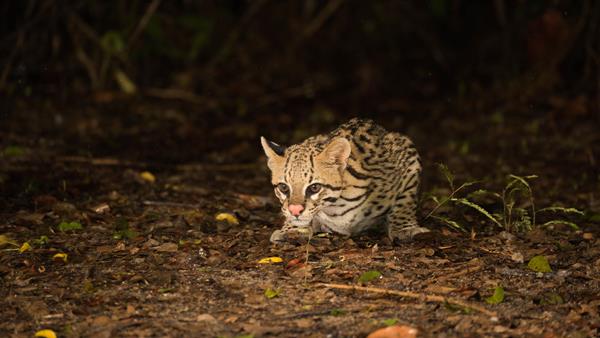 A huge feline slinking through the leaves hammered home that I was in the tropics. The jaguar eyes glinted between the branches and it’s impossible to describe the exhilaration as I watched, trying to remain stock-still.

I was staying in the Caiman Ecological Refuge which boasts its own protected reserve where blue hyacinth macaw thrive. The night drive which marked the end of my first full day was incredibly fruitful too, as I let my torchlight scan over the river to see three unblinking caimans staring back. However, the highlight occurred when we arrived back to see a pair of ocelot skirting around the side of the lodge, retreating at our approach. I couldn’t quite decide whether they were cute, majestic or fearsome.

The lodge and marshland 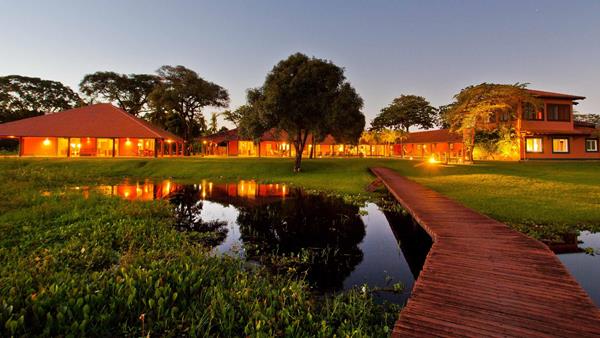 The lodges are perfectly positioned on the unpaved safari roads and the stunning landscape was always in view, which meant that I was able to comfortably observe the evening creatures as they passed by. I even witnessed the rare sight of a loved-up jaguar pair mating out on the grass.

I savoured the guided walks most of all. Each step demonstrated how richly populated this area was; we cut around termite and ant paths and our guide kept watch for spiders. We were told to keep our noses wide open as we’d smell the hog-like peccary before seeing them. I knew conclusively that we were following the jaguar’s trail once we saw a tree that served as a giant scratching post. The bark evidenced the power of their weaponry and it was easy enough to imagine the damage those great claws could do.

Impressions of the Amazon 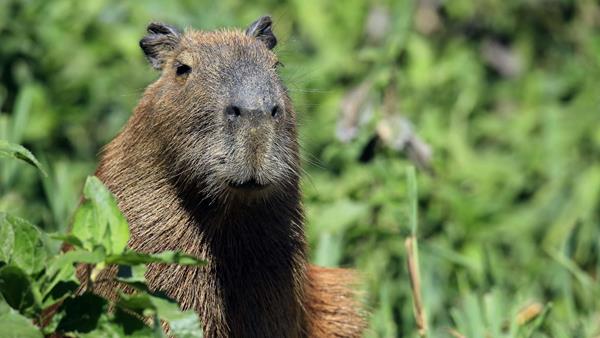 Next, I headed to the famous Amazon Rainforest. I was staying at Cristalino Lodge, which is only be accessible by boat. Bustling with wildlife, a troop of howler monkeys greeted us immediately on arrival. There were now only six more species of monkey to look out for and it soon became something of a competition to tick them all off our list.

The Cristalino River is home to giant river otter, a creature I’d been hoping to see. We took the boat out and as we meandered through the dense jungle, I was alert to the slightest movement. The banks were draped with liana looping from tree to tree and it felt as if we were heading back in time to an age where humans weren’t the dominant species. The source of some faint splashes further upriver went unidentified, although I was convinced it was the otter.

During my stay, I became fond of the capybara pair which took to grazing on the lawn around my bungalow. I found these giant rodents fascinating and I was thrilled that they came so close. 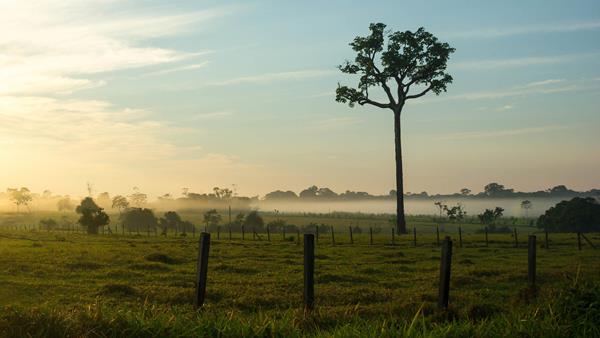 Our expert guide Braulio was able to identify even the distant bird calls and it was clear he knew the forest like the back of his hand. Atop one of the 50-metre canopy towers, his bionic vision focused on the speck of a bird and it was indeed the much-loved toucan.

The hikes here weren’t just about the huge butterflies, exotic birds and slinking beasts, but also about the trees. An 800-year-old Brazil nut tree climbed to the highest canopy level and it took seven of us holding hands to hug its huge circumference. Looking around this barely discovered world, I wondered how much had changed over the centuries it had stood in this spot.

Caiman Ecological Refuge is the perfect retreat for a wild, green getaway