What not to miss during a city break in Venice

February 1, in Insight, Our Travels

Only in the 'Floating City' for a couple of days? Never fear – there’s plenty you can squeeze in

The Queen of the Adriatic, the City of Masks, La Serenissima… Having struck a chord with poetic souls lucky enough to visit it, Venice has about as many nicknames as it has canals. Even a brief city break here will leave you feeling similarly inspired. Make sure you tick our top picks off the list, so you get the best out of your whirlwind Venetian tour.

Get into the carnival spirit

The Venetian Carnival was established as far back as the 12th century, after which it became an excuse for the libertine city-dwellers to put their masks on and let their hair down. Having been outlawed, revived then shelved again, the celebration became an annual event in 1979, when the Italian government saw an opportunity to revive Venetian culture. Time your city break to Venice for Lent to get into the carnival spirit. You can visit a Venetian mask studio to see how the ornate vizards are crafted, and perhaps buy your very own to join the masquerade. During the carnival, elaborately dressed locals and performers take to the streets in parades, stage plays, host balls and more. It’s a must-see spectacle if you’re in town. 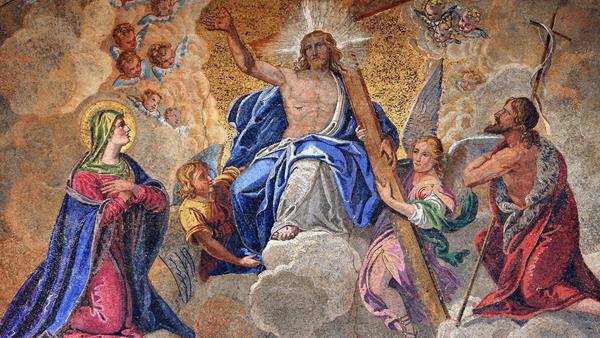 The most famous piazza in Venice, San Marco Square is surrounded by historic buildings. It hosts the Basilica, Doge’s Palace and the lofty Campanile bell tower – which famously collapsed in 1902 and took a decade to rebuild. The square’s 15th-century clock tower is a must-see; two bronze figurines strike the tower’s bell each hour – the ‘old man’ rings five minutes before the hour to show that time has passed, and the ‘young man’ rings on the hour to show that the future is on its way. You can book tours taking you up the vertiginous stairwells of the Clock Tower to see its hidden mechanism. At the eastern end of the square, the Basilica will take your breath away with its grand Italo-Byzantine architecture. It’s the most famous church in Venice. Stopping off at the gothic Doge’s Palace is also strongly advised – peer into the Old Prison and cross the Bridge of Sighs, offering the last glimpse of this beautiful city prisoners would see before being sentenced. 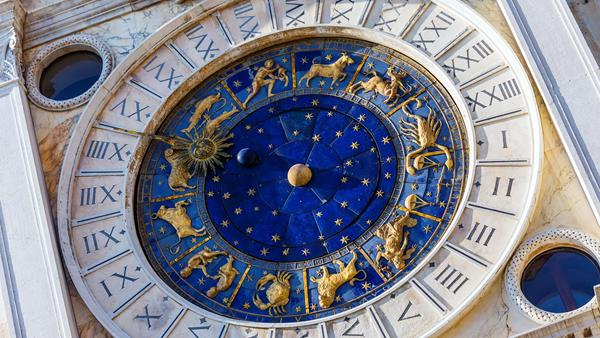 Sample the famous food and drink

From proletarian polenta to lagoon seafood, Veneto cuisine is full of flavour. Whilst on your city break, sample cicchetti at an authentic bàcari (traditional bar). This Venetian tapas is typically eaten standing up and consists of delectable sandwiches, seafood, olives and eggs. Pair your tapas with prosecco at Bar All’Arco, then follow up with a Bellini at Harry’s Bar, now a national landmark and where the peachy cocktail was invented. Of course, because this is Italy, you can expect mouth-watering food served canal-side across the city. Try delicious meatballs, sweet fritters and fried fish from the many vendors catering for locals and tourists alike. 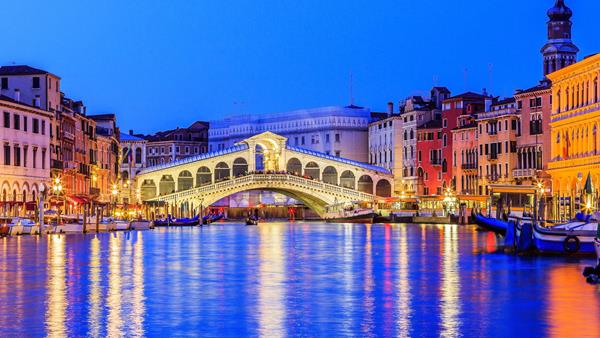 The bridges of Venice weave together the city’s 118 islands, straddling the water which ebbs and flows through its canals. You’ll inevitably walk these crossings whilst navigating your way around, but not all bridges are created equal, and in the Floating City, Realto Bridge is the star. This stepped, white-stone ponte was built in the late 16th century and has become a major attraction. That means a steady stream of fellow tourists to bump elbows with, so you may want to time your crossing during a quieter time of day. The best way to experience these waterways, though, is to travel on them. Eschew dry land for the deck of a traditional gondola or the more communal vaporettos (waterbuses). Gondola rides offer a slow, romantic view of the city from the water, by day or by night. You won’t have truly seen Venice until you’ve travelled along its canals.

Venice and the Venice Simplon-Orient-Express