30 hours on the Venice Simplon-Orient-Express

February 22, in Our Travels 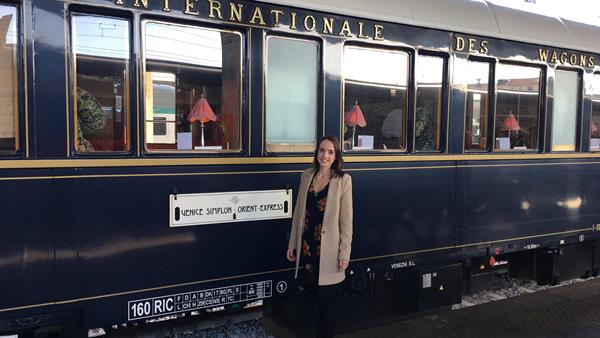 We arrived at Santa Lucia Station by private motor boat, and the first glimmer of magic came as the signature blue carriages rolled in. On the return journey from Venice to London, the Venice Simplon-Orient-Express travels through Italy, Austria, Switzerland, Liechtenstein and France. There were no airport queues or annoying baggage carousels. Instead, I was presented with beautiful 1920’s décor and impeccable silver service. Each carriage has its own steward, and Lino welcomed me in. Uniformed, white-gloved and extremely well mannered, he seemed to have stepped from the pages of Agatha Christie’s novel as he promised to look after our every need aboard the train.

My first taste of adventure 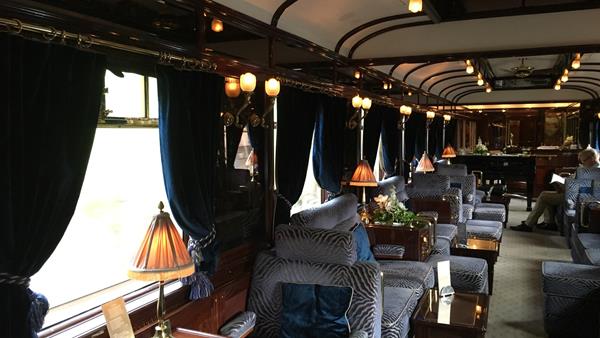 The train crossed the Venetian lagoon and wound its way through Northern Italy, within view of Veneto and the wine regions, and a glass of Prosecco made the perfect addition to the landscapes. Settling in, I saw the finer details of the train. As well as detailed marquetry on the wood panelling, I noted the pocket watch holder for the all-important timepieces of the 1920s.

It was soon time for lunch in one of the three dining cars. The seasonal three-course menu was expertly prepared by chef Christian Bodiguel, who’s been on board now for 30 years. He greeted his guests like old friends, ensuring no glass remained empty for long. I was amazed that such intricate French cooking could be prepared while rolling through the mountains at a hundred miles an hour. 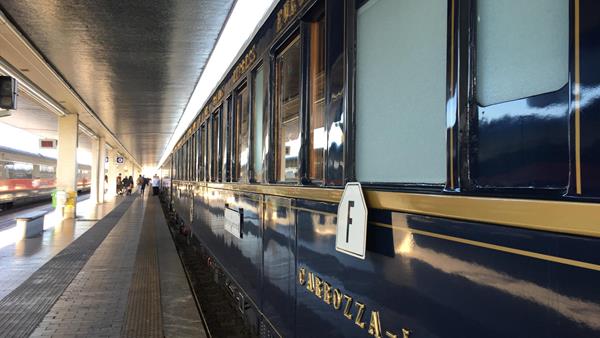 We climbed higher, and the snowy Dolomites dominated the landscape. There’s nothing like such vistas from a warm, comfy carriage. Each comes with its own original boiler stoked by a dedicated attendant day and night.

Lino told us how the Agatha Christie carriage, the oldest of the 17 carriages, was once stuck in a snow drift for 10 days, inspiring the famous novel. I asked if he’s ever met any of the cast from the remake of the film, and although he was discretionary he did recall one strange happening. Waking one morning to find his signature hat and jacket has disappeared, Lino discovered one high profile guest strolling through the cabins serving breakfast. 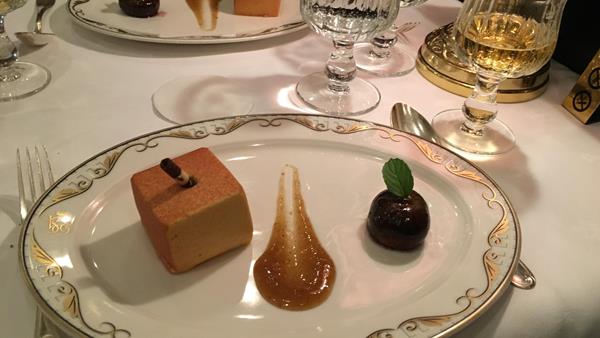 The attentive staff had the balance of acrobats as they served mouth-watering French cuisine. After indulging on four courses, it was back to the Bar Car where the Belmond zest signature cocktail was accompanied by a house piano player.

A brunch in France 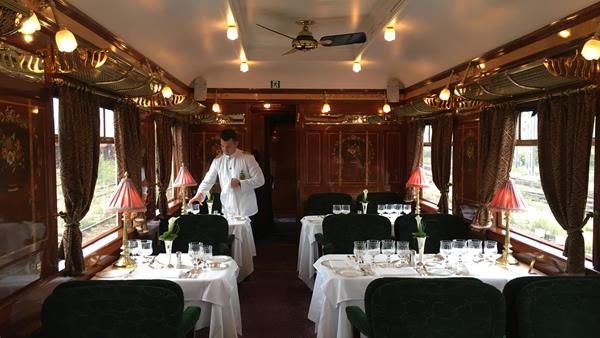 When I retired for the evening, my cabin had been transformed into a comfortable bedroom with an upper and lower bed, complete with soft towels and crisp linen. As it’s a vintage train, there are no showers, which isn’t problem on a one-night trip. However, all is set to change with the addition of three grand suites later this year.

By morning, ‘buongiourno’ had changed to ‘bon jour’, and a fruit salad and continental breakfast accompanied the greeting. After checking out each carriage and marvelling at the flat French farmland, a lobster brunch was served as we entered Paris. Chef Christopher had saved the best until last it seemed, and there’s a reason the brunch menu has remained unchanged since 1982. I wouldn't want to spoil any surprises, but here’s an insider tip: the lobster is only served on the northbound voyage – a dish not to be missed. 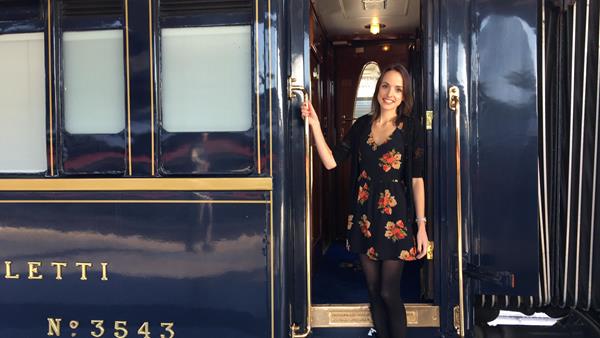 We disembarked in Calais, and I was sad to leave the train we’d all come to consider home. Still treated like VIPs, we settled in for the 35-minute channel crossing with Truda our hostess. And as I finished my glass of Kentish fizz, it was time to disembark at Folkestone, where we were greeted by a five-piece brass band as the Belmond British Pullman pulled in. This second unique train was stunning, and our final hurrah was a three-course afternoon tea once aboard. Though I missed Lino, the attentive stewards dressed in their signature crisp uniforms didn’t disappoint.
In London Victoria, I returned to this century and joined the hoard of commuters. The Venice Simplon-Orient-Express is the most romantic and luxurious way to travel in Europe, I decided. It was a unique experience which absolutely lives up to its five-star reputation.

Venice and the Venice Simplon-Orient-Express