There are few places in China as wild and beautiful as Yunnan. This province, which was once part of Tibet, with its breath-taking views and dramatic landscapes of race paddies and jungles is straight out of James Hilton’s Lost Horizon.

According to UNESCO, Yunnan is ‘one of the richest temperate regions of the world in terms of biodiversity’. Bordered by Vietnam, Laos, Burma and autonomous region of China, Tibet, this is also China at its most ethnically diverse. Tibetan Buddhist monasteries float on hillsides and half of all China’s ethnic minority groups live here. All this means that Yunnan is as magical, otherworldly and appealing for people from Beijing and Shanghai as it is for international travellers. Tourism here is on the up – but there are still areas less-touched by commercialism to be found. 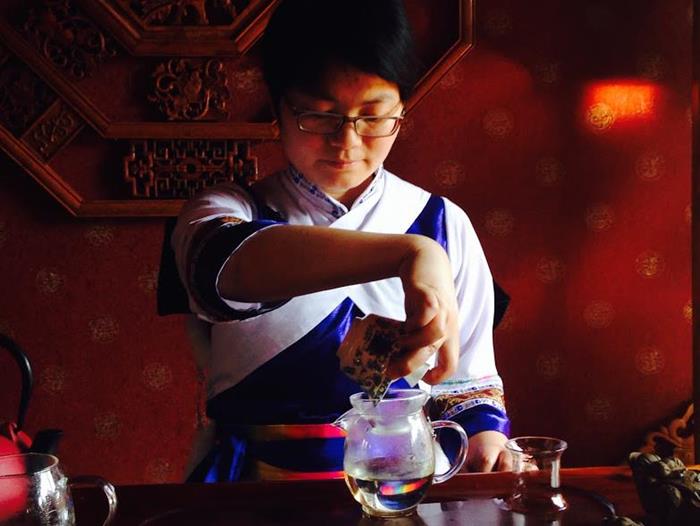 Tea and Lijiang are integrally linked. Close to Tibet (geographically, culturally and ethically), Lijiang was a major stop on the Tea Horse Road. From the 6th century AD, hardy merchants transported tea along this ancient network of trails and mountain passes into Tibet and returned with horses. This trade only died out in the 1940s. When in Lijiang, an education in tea is a must-do. One of the oldest Pu’er tea-producing families in China offer this amazing experience at their Lijiang showrooms. Pu’er Tea is graded much like wine. It is judged on the age of the trees which produced the leaves, the taste, depth of flavour, date of harvest, etc. It’s so strong and the leaf quality so high that only a small handful are used in each pot and brewed again and again, creating an ever-changing beverage that deepens in colour and flavor. Each cup is meant to continually surprise one’s palate. 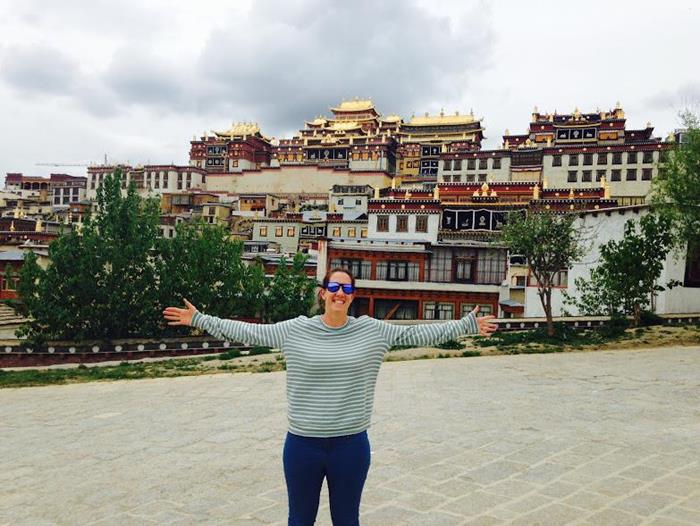 Located in an area that stretched west into Lhasa, Ganden Sumtseling is Yunnan’s largest and most spiritually significant Tibetan monastery. Referred to as Little Potala Palace (‘big’ Potala Palace is in Lhasa, Tibet), it was established in the 17th century by the fifth Dalai Lama. It was once home to several thousand red-robed monks. Renovated after the Cultural Revolution but not to the extent of most Chinese monuments, a trip to this monastery offers an authenticity lost at most sites. Now home to hundreds of monks rather than thousands, the monastery contains treasures such as silver censers and glittering gold Buddhas. A deeply spiritual place, a heady mix of yak-butter lamps burn alongside incense sticks mix while monks chant. Rise early to meet your A&K guide and beat the crowds. You'll be seeing it at its best with the mists rising over the yak meadows and Zhongdian Old Town in the distance. 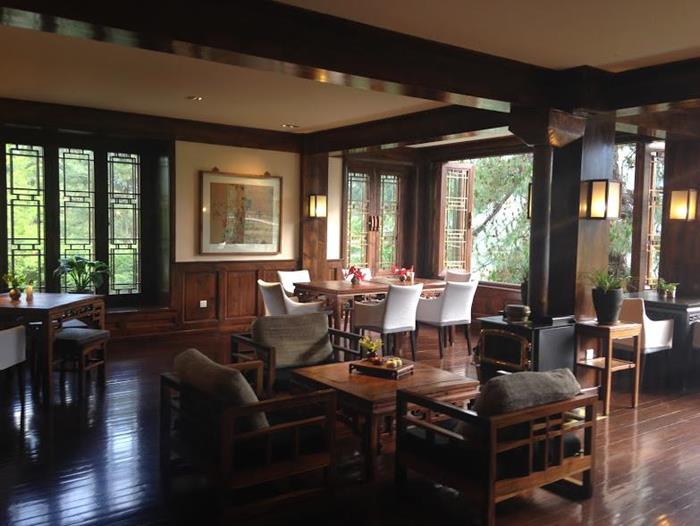 Located in a beautiful mountain valley in northern Yunnan, Songtsam Tacheng is a luxury boutique lodge. At A&K, we love the Songstam Lodges. They are all Tibetan owned and built in or near local villages to be a part of the community. All the Songstams are comfortable and stylish and feature Tibetan furnishings, artefacts and motifs. For me though, Tacheng has something special. Part of a Tibetan/Lisu farming community, the big windows showcase the beautiful rural scenery. Plus, it’s the perfect base for a trip to meet the world’s most endangered primates. Tacheng is home to the endangered Yunnan Golden Monkey (rhinopithecus biteti), of which less than 2,000 can be found in the wild. They live in forests 3,000-4,500m above sea level, and wander far and wide in search of food. A half-day visit to the national park in which they live near Tacheng is well worth it. Bring your walking shoes – a bit of soft hiking is required to locate them. 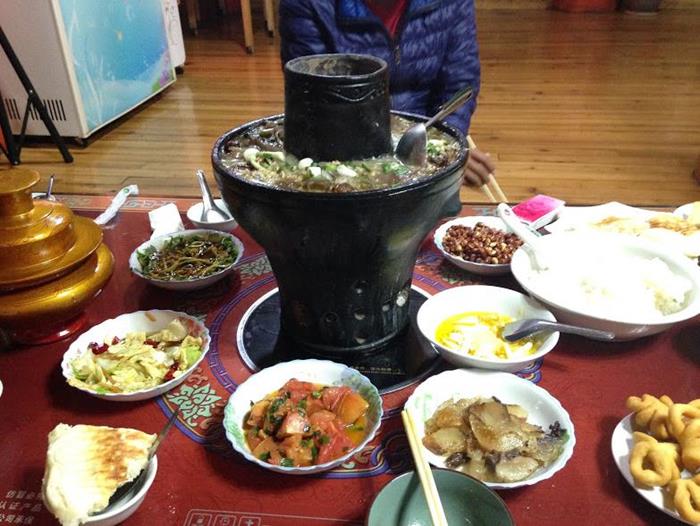 An absolute must do for any foodies visiting Yunnan is enjoying a meal of a traditional Tibetan-style hotpot. A misleading misnomer, they are more akin to a savory fondue-style dish of layers of vegetables, noodles and yak meat. The best way to enjoy this delicacy is in the homes of a Tibetan family. Tibetan culture is warm and hospitable and families throw open their doors to A&K guests and guides. I thankfully arrived hungry and ready to eat. The beers were flowing. There were starters and side dishes to work my way through such as dumplings, sweetened yak cheese, seasonal vegetables and yak-butter tea. A meal to remember.

5. The Baisha Naxi Embroidery Institute in Baisha village, near Lijiang 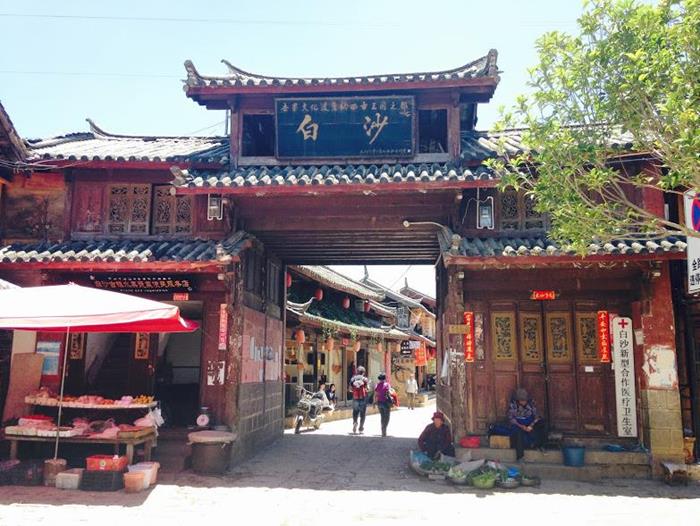 As a dedicated crafting-phob, I must admit that the thought of heading to an Embroidery Institute didn’t thrill me. I was pleasantly surprised to be completely wrong. The Naxi Embroidery Institute in Baisha is unique. Since it opened in 2003, its mission has been to preserve, maintain and develop the local Naxi handmade embroidery. This crafting culture has been disappearing since the cultural revolution and this artwork was listed as an intangible heritage by UNESCO in 2006. At Baisha, there are currently eight master craftswomen, 16 teachers and over 100 students in the institute. They have already trained over 200 minority people of Naxi, Pumi, Lisu, Yi, Miao, Bai and Tibetan descent from the surrounding area (at no cost). Silk artworks from the Institute is so sought-after and beautiful, they are now accepting commissions from all over China and overseas.