April 16, in Our Travels

Amanda Springer visited five of the hottest hotels in Barbados and the Grenadines, and fell hard for the fine dining.

The Caribbean is renowned for a welcome as warm as its tropical waters, and that was certainly true of my last visit. I was destined for Barbados and the Grenadines, to see five exceptional properties on these two palm-fringed nations.

I began my trip as I meant to go on: in pure luxury. Settling into my Virgin Upper Class seat on my outbound flight from London, I was offered champagne and a lunch menu as well as all the film and TV options I could’ve wished for – a nice change for a busy working mum.

My flight to Bridgetown, Barbados, passed by in a relaxed blur of food, films and snoozing, and I arrived on time at Grantley Adams airport. Friendly staff greeted me at the gate for a fast-track route through customs (well worth the extra few pounds as the airport staff were in no hurry). 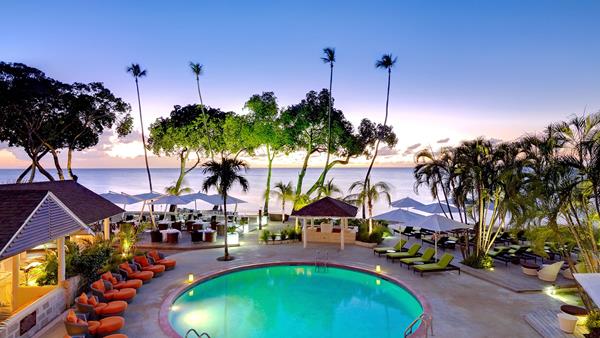 A 35-minute journey brought me to Tamarind, a family-focused beachfront hotel near Holetown. As well the sun, the sea and the sand, Barbados is known for its fine dining – and Tamarind didn’t disappoint. As part of the Elegant Hotels chain, it offers a ‘dine around’ programme with its sister properties along the west coast as well as a choice of on-site restaurants.

Despite travelling in October, outside half term and only three weeks after Hurricane Irma had left a trail of destruction across the Caribbean, the weather was glorious. Irma left Barbados unscathed as the island lies outside the hurricane belt, though a local told me that it had felt some knock-on effects of heavy winds and rain during her passage. But with temperatures around 30 degrees Celsius and the sea as calm as a millpond, it was hard to believe this was still hurricane season. 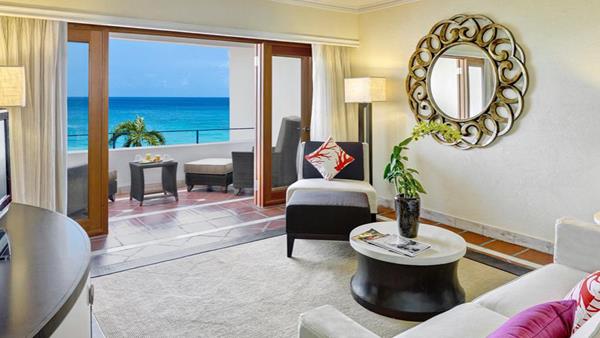 The next day I moved on to The House, another of the Elegant Hotels’ collection. Next door to Tamarind, it’s an adult-only 34-room home away from home with fabulous personal service and fine dining. I also had the chance to dine in the renowned Daphne’s restaurant which neighbours the property.

Delicious food aside, there’s so much to do in Barbados. I took a glass-bottomed boat to swim with turtle and every water sport you can imagine is available on the beach. Bridgetown is worth a visit too, with its designer shops and status as a UNESCO World Heritage Site. Its historic garrison, the largest in the British Colonies in the 18th and 19th centuries, draws culture vultures from all around the world. Harrison’s Cave is a crystallised limestone cavern filled with stalactites and stalagmites and, at Animal Flower Cave (where Rihanna starred in a promotional video), you can swim in rockpools with a stunning backdrop. Then there’s the cricket, polo, sailing, and much more besides. 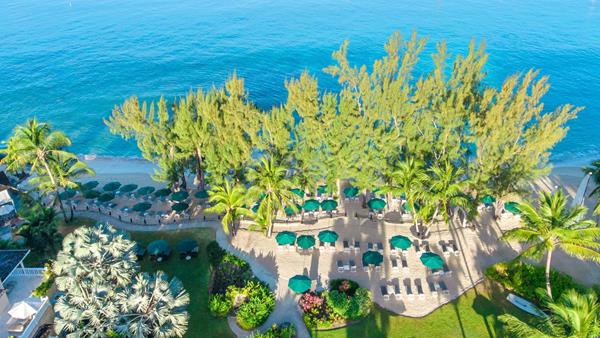 Spending a few more days on the island, I visited the iconic Sandy Lane, which has a surprisingly fun side despite its formal reputation. Families were well catered for and there was an exciting multi-level pool complete with waterfalls, jets and a small lazy river. At the elegant Coral Reef Club, I stayed in a spacious beach cottage with private plunge pool overlooking a beautiful stretch of beach. The rooms at Coral Reef come equipped with only a radio, and it made a pleasant change to absorb the seascape views and lush gardens rather than the TV.

Here and at sister property, The Sandpiper, I learned that Barbados is very much open for business – and its neighbouring islands are as warm and welcoming as their reputation suggests. 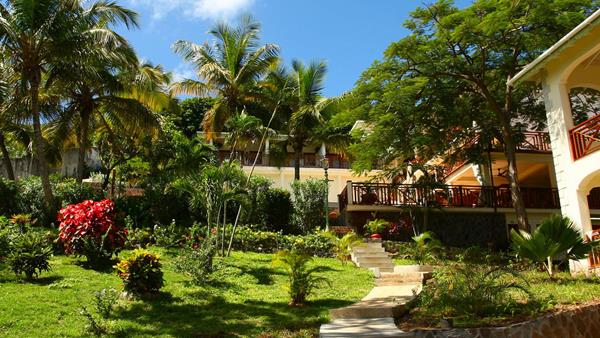 I took the 45-minute flight to Bequia, a small island in nearby St Vincent and the Grenadines, to see a different side of the Caribbean. While Barbados has sophisticated tourist infrastructure and all the best hotels, restaurants and designer shops, Bequia is tranquil. It’s a sleepy island with brightly coloured shacks, friendly locals and the barefoot luxury associated with how the Caribbean used to be.

The staff of the Bequia Beach Hotel greeted me on arrival and the hotel was only a 10-minute drive through small villages. It was heartening to see families were relaxing outside, drinking a beer and cane-rowing their kids’ hair. There was a homely, celebratory atmosphere on the island which made a wonderful contrast with the slick sophistication of Barbados. Bequia Beach Hotel is a 56-room colonial-style resort whose Swedish owner has gone to great lengths to ensure a warm, welcoming and laid-back atmosphere. Perched right on Friendship Beach, and with a pool, gym, spa and locally sourced fine dining, the property welcomes repeat guests year on year who’ve all fallen under the spell of this stunning corner of the Caribbean.

After two nights in Bequia, my Caribbean dream had to come to an end, but I can say for certain that I’ll be coming back again.

Whether like Amanda you’re pining to return to the Caribbean, or you’re a first-time visitor, speak to one of our specialists to begin your tailor-made journey.

The resort stands in harmony with its surroundings, combining a unique blend of charming, colonial-era decor with the elegance of a modern resort