Travelogue: China, from Beijing to Xian

A&K USA staff writer Nina Kokotas Hahn on the five most surprising things to discover in China, from Beijing to Shanghai

China is not an easy place to anticipate. It moves at the speed of light and is ancient all at once. It is communist and Buddhist, enormous and unexplained. I recently returned from my 14-day luxury China tour with A&K, China & the Yangtze, a small-group time. I was most struck by the places where old and new are still magically colliding.

From Beijing to Xian, here are five things that about China I could never have anticipated.

1. Beijing: The Great Wall of China 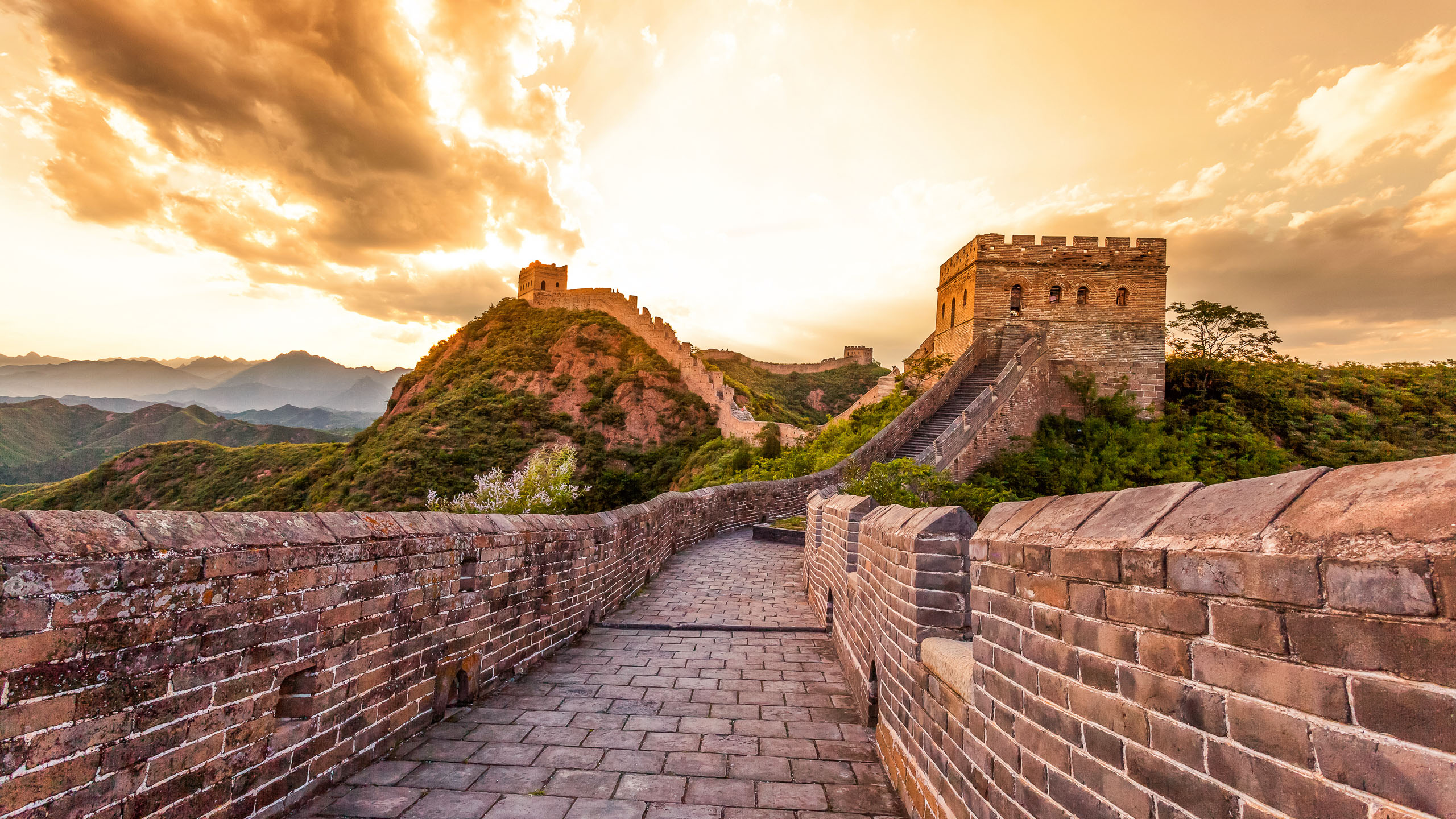 Beyond the capital of Beijing, we drove to northern, mountainous Mutianyu to the least-visited and best-preserved sections of the Great Wall. Expecting typical downward views across an endlessly connected path, I was instead floored by the upward views from the base of the mountains. Mutianyu’s one-and-a-half-mile stretch of wall seemed impossibly tiny. It snaked along the mountain’s top-most ridge, which I learned was designed to resemble a dragon’s back (which it did!).

We walked uphill through the tiny village to the cable car. It took us to the top, this time for more expectedly dramatic views from a wide wall, with layers of mountains, pines and orchards stacking up across the horizon. There were no crowds, only a few other visitors (even a Chinese couple having their wedding photos taken!). Which gave me a clear view across a fantastically curvy path that wove through gates and watchtowers, then climbed 300 stairs before jutting out into the perpendicular 'Tail Wall'.

Inside of the main watchtower, graffiti read less like vandalism and more like the footprint of those who wanted to say, I was here. 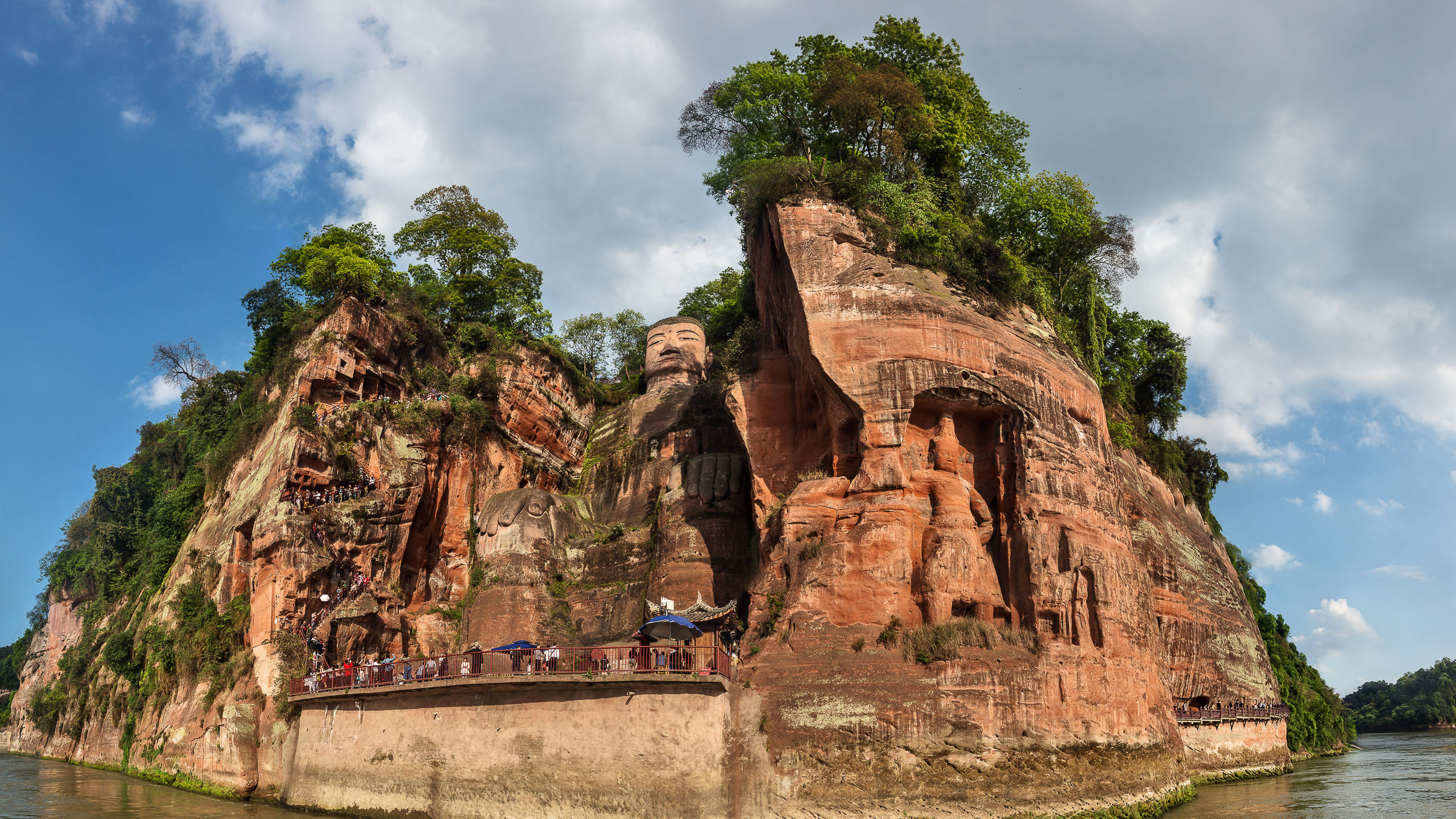 Travellers make the pilgrimage from around the world to see Leshan’s seated Giant Buddha, a 233ft-tall statue at the confluence of the Min, Qingyi and Dadu rivers. Carved from the western cliff face of Lingyun Mountain over 1,200 years ago, it is the tallest Buddha statue in the world and a spectacular sight to behold — especially from the water. But, for me, it was the hidden Lingyun Temple at the top that really took my breath away. Overshadowed by the more popular Giant Buddha, the temple is almost a secret. After our private A&K boat ride to see the Buddha, we climbed a lesser-trafficked path to the top, turned a corner and spied the sprawling temple through a veil of incense. Buddhists lit candles and chanted prayers, music played, monks appeared in orange robes.

Inside the temple, I stood in awe of its countless ornate statues — diminutive golden Buddhas, animated Heavenly Kings and the colorful Guan Yin, the Goddess of Mercy. 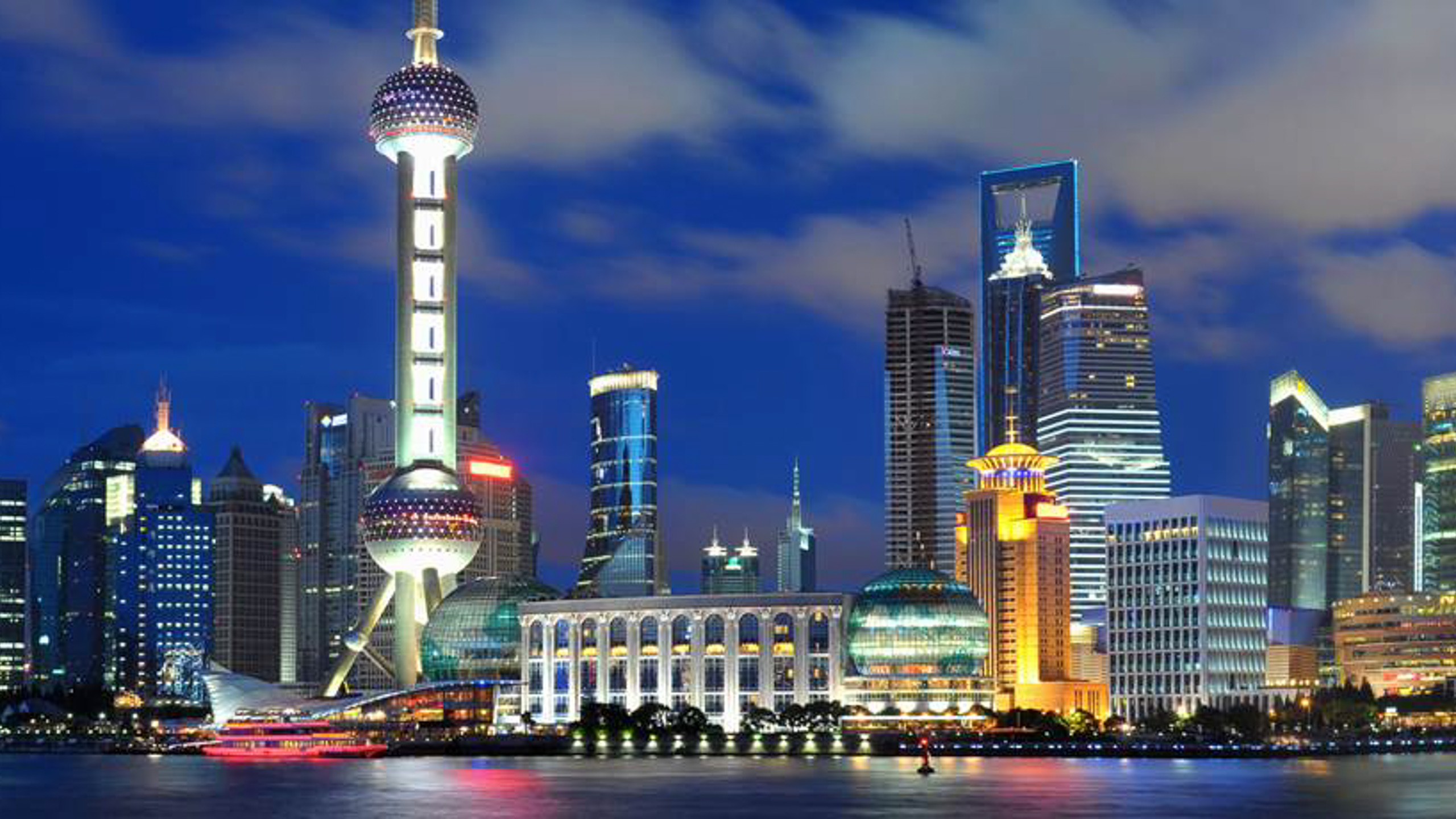 In Shanghai, luxury travel hits an especially high note for A&K guests, who stay at the remarkable Peninsula along the Bund on the historic Pudong side. The major perk: You get sweeping views of the new, eye-popping Puxi side. We arrived at night and all I could think of as I looked across the river through my room’s huge picture window was that Disney World had exploded on New York City. In a beautiful scene of neon colors, boats lit up like Vegas slot machines, and skyrocketing buildings and spires — like the 101-story World Financial Center — got lost high in the sky. This was modern, cosmopolitan China. 'The Oriental Pearl TV Tower looks like a space needle,' said A&K Resident Tour Director Daniel He, who explained that, as the first high rise in Pudong, it symbolizes both the rise of the new Shanghai and the Pearl of the East.

Behind the flashy veil of modernity, Shanghai is still an ancient story. 'In Chinese culture, climbing to the highest point is very important,' said Daniel. He talked about the ancient Double Ninth Festival, in existence since 25AD, when locals would climb a tower or mountain to have a drinking party.

'In the past, the emperor did this to remind his people to always keep a sense of danger in mind. Over time, this practice became part of our culture. Now, when Chinese people see friends off, they like to climb high so that they can see them for a longer time. This might explain why Chinese people love high-rise buildings.' 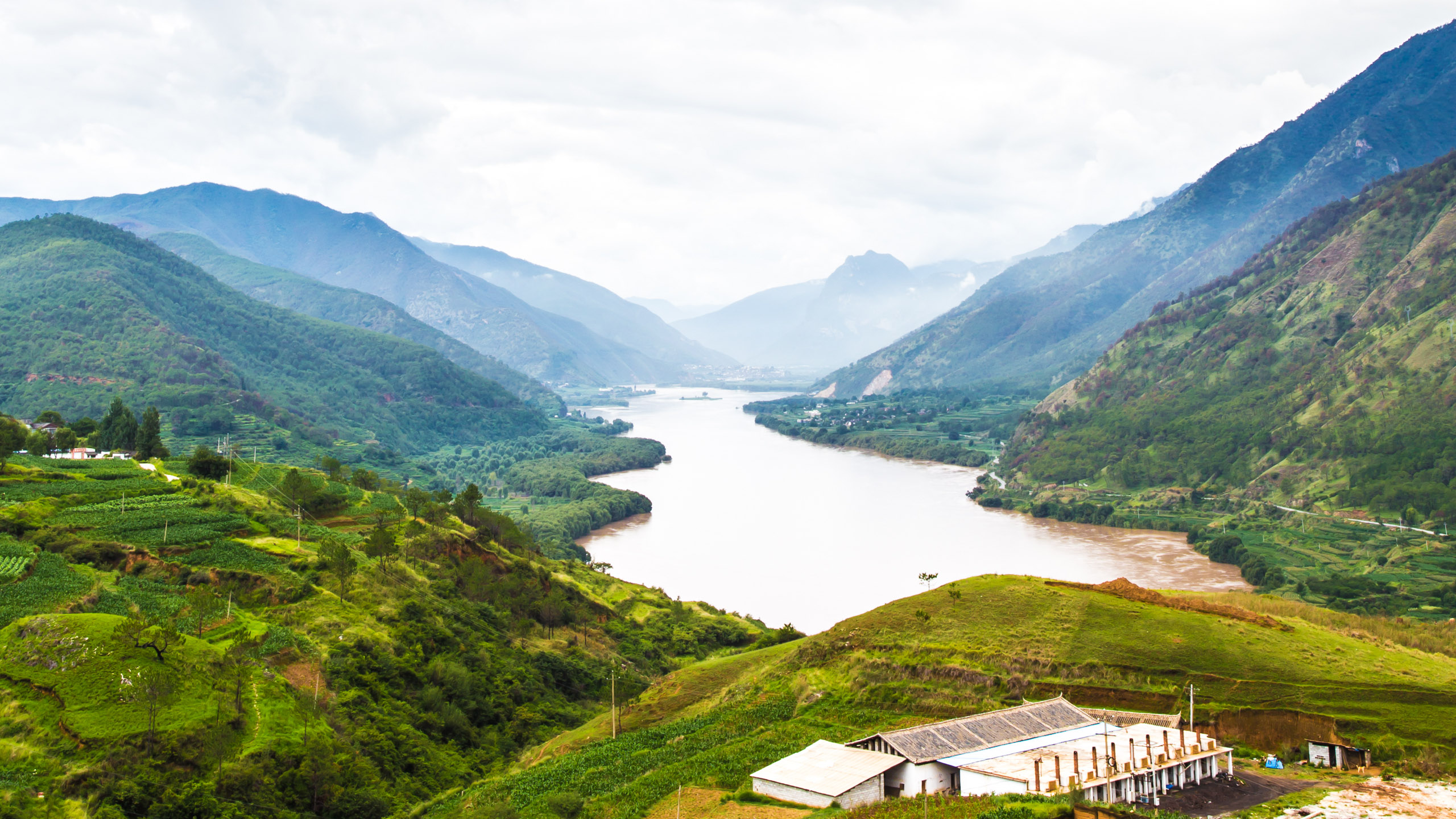 The once-tight and cavernous chasms of the Yangtze River’s gorges have been widened by the Three Gorges Dam. But the experience of a China cruise on its longest river remains dramatic, if not more unique; now, you can see China’s latest dance between old and new. During our three-night cruise, we experienced an excursion on the Shennong Stream — opened to foreign travellers only in the last 15 years — that sent me back thousands.

We disembarked what was easily the best of China cruises on the river, ‘Sanctuary Yangzi Explorer,’ hopped on a ferry and headed down the winding stream in a sampan long boat poled by modern Tujia boatmen. These same men descended from the legendary 'Trackers' that manually pulled boats up the Yangtze as late as the 1940s. It was raining, but that only added to the beauty of transitioning from the brown, silt-heavy Yangtze to the bright green Shennong; of squeezing through the towering, forested peaks dotted with goats; of sitting low in the peaceful water on a sampan. Our young female guide sang a traditional song that felt like a prayer against the acoustics of water and rocks. High in the cliffs, she pointed out hanging coffins, remnants of the tribe’s former burial practice. 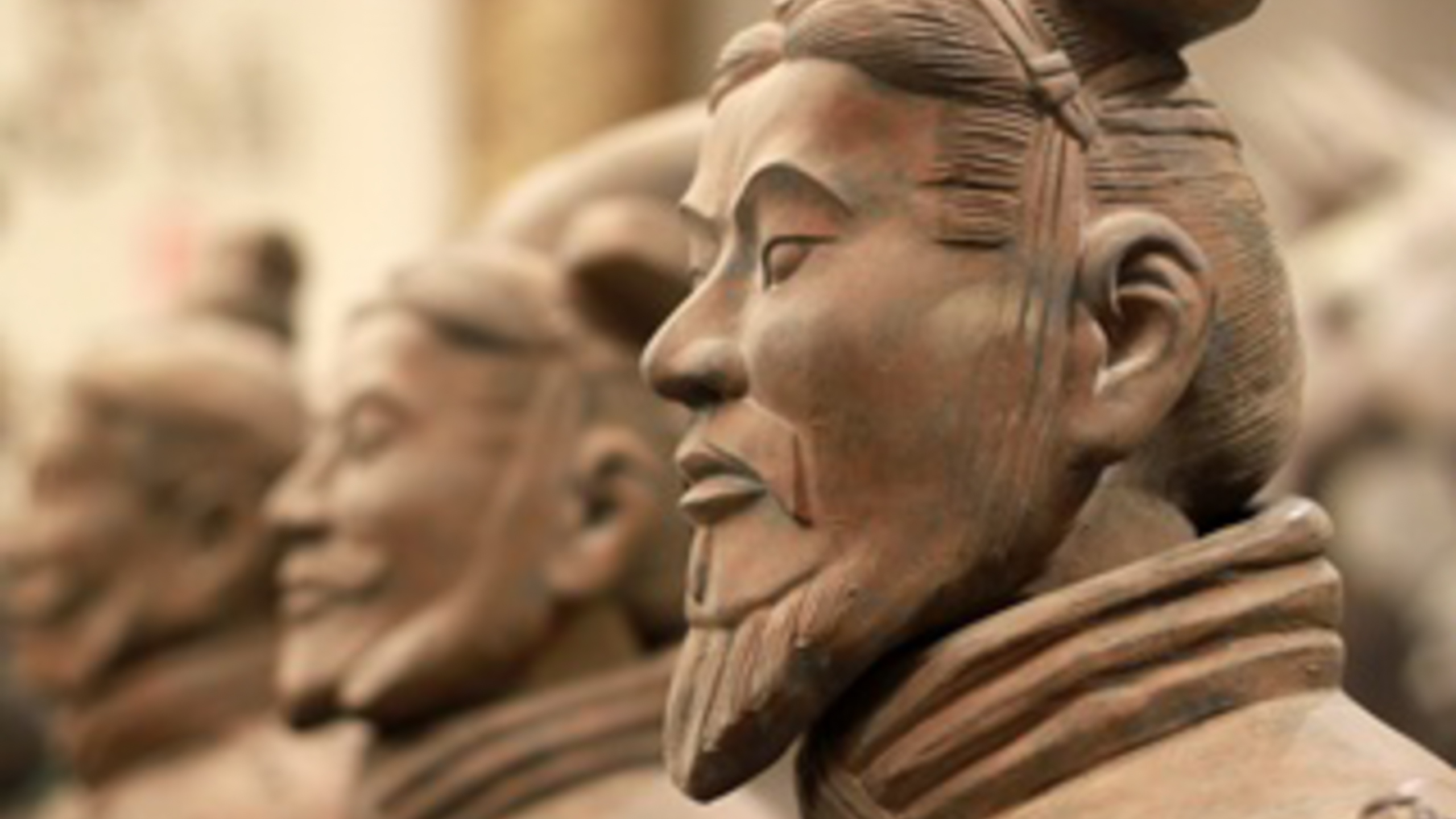 It is shocking to think that one of China’s most remarkable treasures dates back to the Qin Dynasty (220BC to 209BC) and was only just discovered 40 years ago by a farmer digging a well. When he encountered the first life-sized Terracotta Warrior, the superstitious farmer hung the clay figure from a tree to dispel bad spirits. I met that same farmer in the gift shop of the massive Terracotta Warrior complex, where he can sometimes be found signing books for purchase. Thousands of these figures continue to be unearthed, many of them still lined up in battle formation.

The complex’s three pits surround the enormous burial mound of the very first Emperor of the Qin Dynasty, Qin Shi Huang, who commissioned the creation of these warriors to protect him in the afterlife. The mysteries that remain are incredible, especially with regard to the Emperor’s underground palace. While it has yet to be explored, historical accounts say the palace contained rivers of mercury and skies of pearls against a map of the galaxy.

The Sofitel Legend Peoples Grand Hotel is set on the former Imperial Palace grounds in the heart of Xian, a Chinese town shrouded in ancient history

Elegant and stylish, the Sanctuary Yangzi Explorer is perfect for relaxed cruising through spectacular and ever-changing landscapes