10 of the best places in the world to stargaze

Far from the perennial glow of the big city, the skies in these destinations are pitch-black-perfect for stargazing.

Whether it’s a nocturnal safari, a midnight club hop or a moonlit dune ride, sometimes the most fun happens after dark. This goes doubly for astro-tourism. Night owls on the hunt for the biggest, most star-speckled firmament are usually best served away from the city lights; think vast desert or far-flung island. For first-time astronomers, having a stargazing guide on hand to point out the constellations is a must. If your idea of holiday heaven includes gazing up at the stars, any one of these destinations will serve you well. 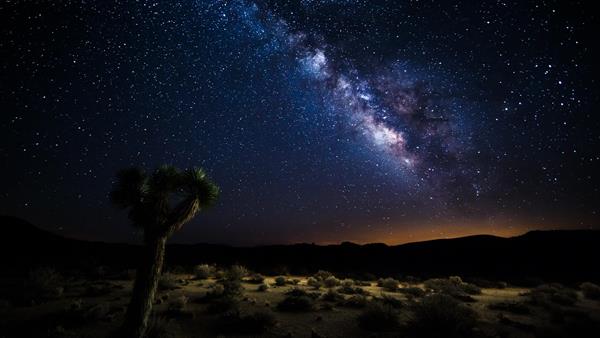 It’s no surprise that Death Valley National Park received the International Dark-Sky Association’s gold stamp of approval. At night, many of its valleys and canyons plunge into total darkness, but for the sparkle of the Milky Way and the glow of the moon. Throughout winter and spring, park rangers host regular stargazing events, and there’s even a ‘star party’, held by the Las Vegas Astronomical Society. As is usually the case, the best spots to see the stars here are up high. Around 16 miles from the popular Death Valley stop-over of Furnace Creek, Dante’s View looms above the basin at an elevation of 1,670 metres. In the eerie gloom, amongst lunar-like rock formations, you’ll have a view of the stars to rival the bright lights of Las Vegas. 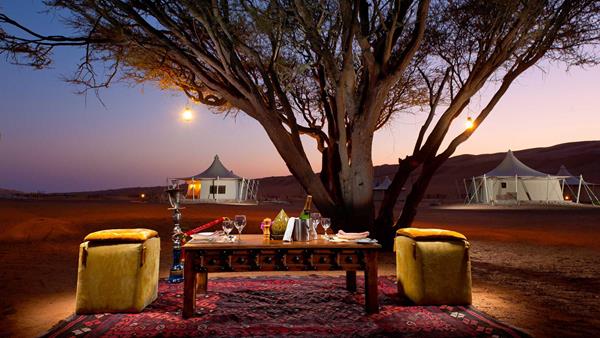 Experience camping under the stars in Oman’s  Sharqiya Sands. The golden dunes, whipped into ripples by the wind, billow on the horizon as far as the eye can see. Best of all, there’s nothing to spoil the view of that big wide sky above. Bed down like a Bedouin in one of the desert retreats here, such as 1000 Nights Camp or Desert Nights Camp. Bring a deckchair and your best telescope along for a closer view, and perhaps your telephoto lens if you’re a star snapper. Whilst Muscat’s planetarium is a draw for amateur astronomers, the atmosphere of stargazing amidst the solitude of Oman’s desert is incomparable. 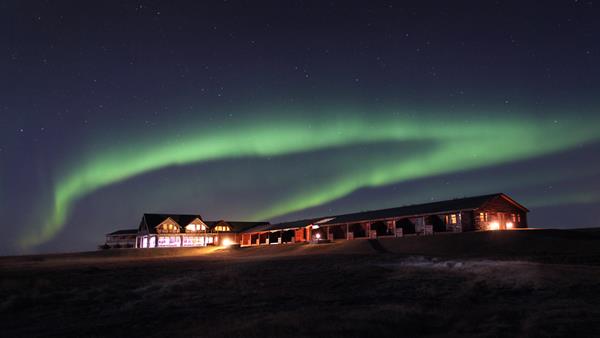 The superstar of Iceland’s night sky is undoubtedly the Northern Lights, with its ephemeral waves of colour swirling eerily in the dark. But the aurora borealis often overshadows its gloriously star-studded backdrop. Away from the yellow haze of Reykjavik’s city lights, the view of the Milky Way is spectacular. Head to the eclectically-styled Hotel Ranga, to the south-east of the capital, where a dedicated observatory holds myriad powerful telescopes – including the nation’s largest. Join keen amateurs from the local astrological society as your gaze sweeps over those rarely-seen stars behind the most famous constellations. 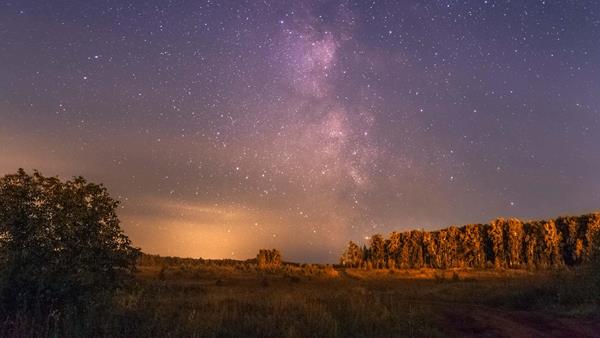 Cocooned between the Andes and the Chilean Coastal Range, the bone-dry Atacama Desert offers spectacular stargazing opportunities – some of the best on Earth. Experience a tour of the stars, high above the oceanic mists which quench the verdant lomas, under crisp, clear sky. The small town of San Pedro de Atacama has become a bit of a hub for astro-tourism in recent years, and you’re sure to find a tour which suits. If you’re an astronomy buff, visit some of the world-class observatories dotted about this unique landscape. To make the most of Atacama, we can arrange the ultimate itinerary for you, including a world-beating view of the stars. 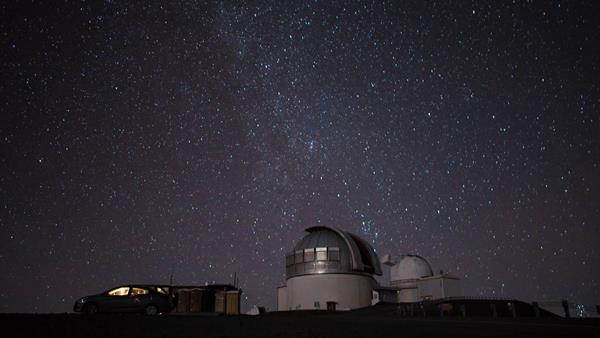 In America’s far-flung 50th state, the most impressive star-spangled banner is draped overhead. Hawaii is the perfect stargazing locale for those wanting to be just a coconut-kick from the coast. Thanks to this volcanic archipelago’s isolation in the middle of the Pacific, plus its abundant high ground, you’ll be spoilt for spots to see the stars. You won’t see many on a trip to Honolulu – the city lights make sure of that, but venture out to Mauna Kea on Big Island and you’ll be in heaven. An enormous dormant volcano, its 4,200-metre summit is dotted with the white domes of the Mauna Kea Observatories. Stop by the facility’s visitor centre, then – weather permitting – join the team at the top during the regular Star Gazing Program. Alternatively, whilst staying at one of the coastal resorts on Big Island, opt for a private stargazing tour on the beaches, complete with high-tech telescopes and the wisdom of experienced guides. 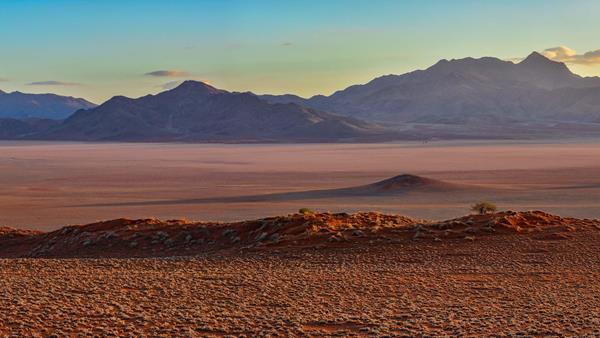 Namibia’s sun-baked deserts are stark and other-worldly, full of ochre-hued sands, robust shrub tufts and hardy wildlife; the drama of this scenery will take your breath away, but turn your gaze star-ward for a real celestial wonder. In southern Namibia, NamibRand Nature Reserve is not only dedicated to preserving the unique ecology of this place, but also the clarity of its sky. It is now a Gold Tier Dark Sky Reserve, one of the few in the world. Relax at one of the reserve’s rustic camps, head out on safari during the daylight hours, then enjoy the vast, star-punched sky after sunset. Enjoy the view by eye, bring your own telescope or stay at one of the lodges that boasts its own observatory. One thing’s for certain – Namibia’s night sky will leave you star struck. 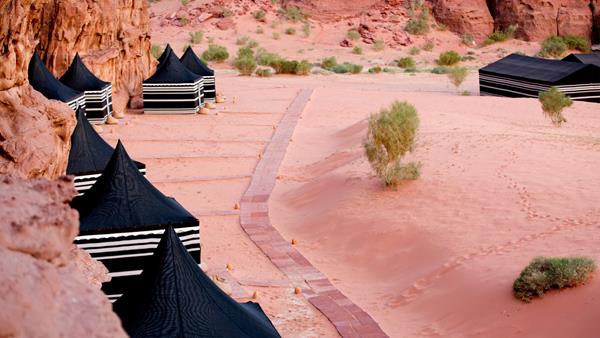 The true star of Lawrence of Arabia (apologies to Peter O’Toole) is the scene-stealing scenery. Wadi Rum in Jordan, where the real-life T.E. Lawrence was holed up during the Great Arab Revolt, is aptly nicknamed the Valley of the Moon. A throughway of nomadic tribes for centuries, its landscape of red sandstone precipices must be seen to be believed. Bed down in one of the charming desert hideaways, such as the Wadi Rum Night Camp, ready to drink in the dramatic sunset. After dark, the sky is a glittering blanket to wrap your gaze in. For a real treat, come equipped with binoculars or a telescope; though – as in any desert – be wary of wayward sand. Whilst few sights in Jordan can compete with Petra, a night under the stars here is a worthy contender. 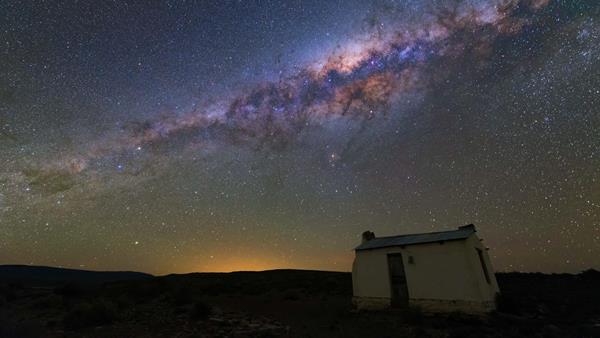 Sutherland by day is an unassuming little town; a stretch of suburban houses on neat squares of land, surrounded by miles of not much else. It’s also the coldest town in South Africa. Don’t let that dissuade you, though – this corner of the Northern Cape lies 1,450 metres above sea level, making it an ideal spot for stargazing by night. Sutherland’s skies are so crystal clear, the South African Astronomical Observatory was established here in 1972. Take a sojourn from cosmopolitan Cape Town, or a detour whilst driving Route 62, and spend an evening enthralled by the stars. 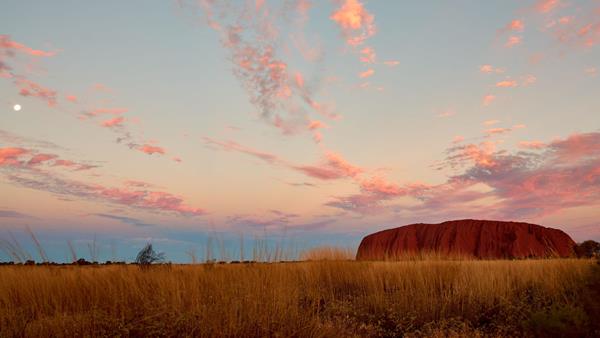 An icon of the Australian outback and a UNESCO World Heritage Site, Uluru – or Ayer’s Rock – is a must-see whilst in the Northern Territory. This sandstone monolith is sacred to the local Aboriginal people, and dominates the horizon. As night falls, Uluru is a shadow on an otherwise featureless expanse of flat land, surrounded by stars. Take a stargazing tour with an experienced astronomer, or set out solo with star maps in tow – you’ll be in astro-tourist heaven either way. Seeing Uluru by day and its starry shroud by night ticks off two bucket-list activities in one fell swoop. 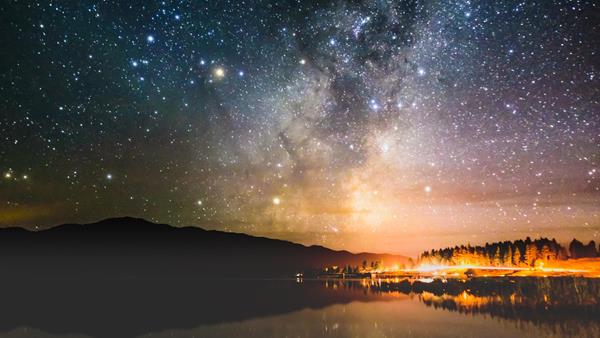 Above the towering peaks of the Southern Alps – New Zealand’s tallest mountain range – is an ocean of starlight waiting to be discovered. This is a gold-tier International Dark Sky Reserve, made all the more thrilling by its dramatic National Park surrounds. Nestled at the summit, the Hermitage Hotel offers rooms with stunning Alpine views, but it’s the Big Sky Stargazing tours which will tempt astro-tourists. Beginning at the on-site planetarium, the tour eventually takes you to the perfect outdoor spot where you can peer starry-eyed at the cosmic vista overhead.

Enjoy hearing nothing but the sound of silence. No racing cars, no dune buggies, no electricity generators and no mobile phones