Discover why India's maharajahs transformed their palaces into heritage hotels

Live like a maharajah and dip into a bygone era when you stay in an opulent Taj Grand Palace.

India’s maharajas enjoyed a life of luxury during their heyday at the time of the British Raj, when Queen Victoria was proclaimed Empress of India. This resulted in some of the most opulent palaces being built, and the creation of timeless treasures from bespoke jewellery to vintage cars.

On the eve of India's nationhood in 1947, there were more than 565 maharajahs, nawabs and rajas, who ruled one-third of the country. In 1971, under socialist Prime Minister Indira Gandhi, they became commoners and were made to pay taxes on their lands.

To save their grand palaces, many of them had the foresight to turn these beautiful buildings into heritage hotels. Today, you can dip into this bygone era by staying at four Taj Grand Palaces; Umaid Bhawan Palace, Taj Falaknuma Palace, Taj Lake Palace or Rambagh Palace. 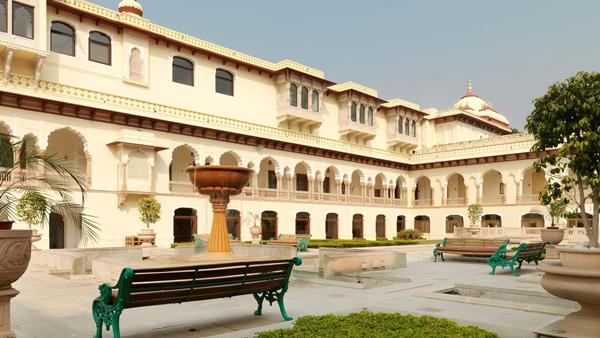 Historically, the powerful maharajahs lived like kings during the British Raj (1858-1947) with spend, spend, spend appearing to be their mantra. Purveyors of luxury goods from Cartier, Hermès, Louis Vuitton and Rolls-Royce became the prince’s personal catalogue houses with some truly extravagant objects commissioned.

These included a fantastical Swan Car made by Brooke & Co in 1910 to a house, with gold ladder, made for a tree frog by Van Cleef & Arpels. At the height of the British Raj, the maharajahs became hooked on the trappings of the Western world. Within one generation of Western education the lifestyle of Indian high society was transformed, from their taste in clothes to their taste in cuisine.

This resulted in their commissioning of grand palaces, designed by Western architects, and their embrace of the high life. The brand-conscious royal household ate from the best china by Royal Worcester and drank only from Lalique or Bacarat.

One such palace was Umaid Bhawan, which is perched above the desert capital of Jodphur and was designed by British architect Henry Lanchester. It took 15 years to build, providing labour at a time of drought, and was completed in 1943. The result is a true blend of East-meets-West. Its majestic 32-metre high dome is influenced by the Renaissance. 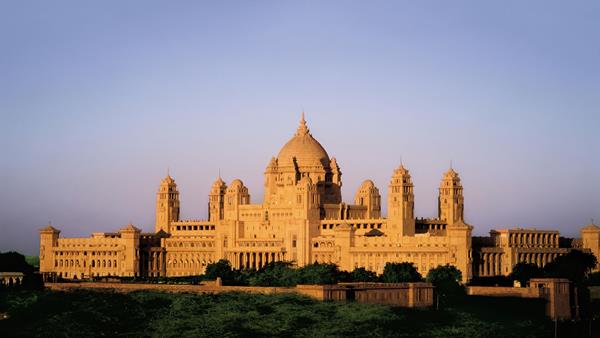 Named after Maharaja Umaid Singh, the royal palace has 347 rooms and even houses a museum full of unusual artefacts – from a flag presented by Queen Victoria to quirky clocks and classic cars, including a Silver Ghost Rolls-Royce. Today, royal incumbent Gaj Singh II still lives in part of the building, but you can stay in one of the 94 palatial hotel suites decorated in an Art Deco style.

The name Jodphur is familiar to most when referring to a pair of riding trousers. The younger son of the Maharajah of Jodphur popularised the style when he visited England to play in a polo match during Queen Victoria’s Diamond Jubilee in 1897. The name for his distinctive flared trousers with cuff was adopted and even worn by Coco Chanel.

During their heyday, the maharajahs –  which means ‘great king’ in Sanskrit –  were extremely generous to their wives and children, bestowing them with wild and wonderful gifts. One of the rulers of Baroda commissioned Royal Locomotives to build a miniature train for his five-year-old son’s first day at school. He travelled on the customised track from Laxmi Vilas Palace for a memorable arrival at the royal school.

Maharajah Bhupinder Singh Patiala commissioned a necklace from Cartier in 1928 which became known as the Patiala Necklace and featured a 234-carat De Beers diamond. While the Nizam of Hyderabad, regarded as the richest man in the world at the time, ensured his wife had a bath with three taps for hot, cold and perfume at his Taj Falaknuma Palace – known as the ‘mirror in the sky’. 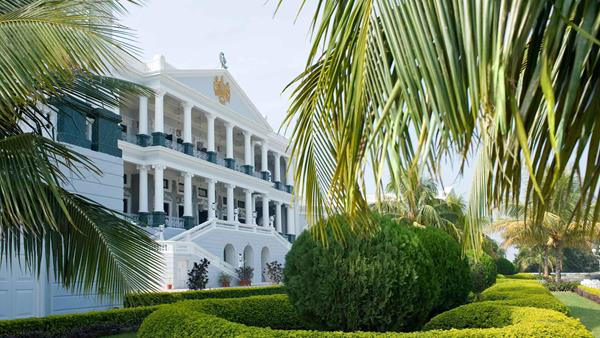 It stands high on a hill above Hyderabad and gives its own nod to the West as it was inspired by the White House. It also features a carved walnut roof in the library, which is a replica of one at Windsor Castle. It took nine years to build and has just reopened as a hotel following a 10-year restoration.

These palaces not only became hotels but the iconic settings for many Hollywood and Bollywood films. You’ll be familiar with the Taj Lake Palace from the classic Bond movie Octopussy, which also featured its Rolls-Royce Phantom. The white marble palace, which appears to float in the middle of Lake Pichola in Udaipur, is now regarded as one of the most romantic hotels in India. It was built on a man-made island in 1746 as the pleasure palace of Maharana Jagat Singh II. 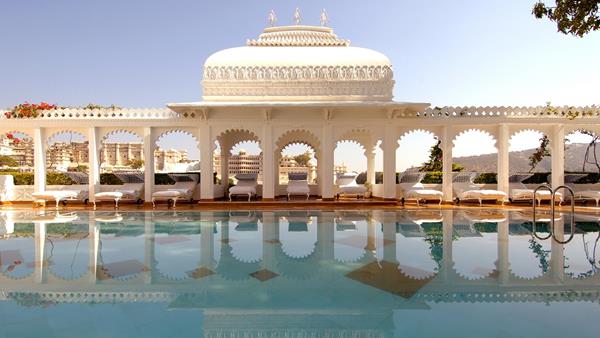 The survival instinct of the maharajahs to preserve their grand homes now allows us to see beyond the marble lobby. During a holiday in a Grand Taj Palace, you can walk in the bejewelled footsteps of royalty and enjoy a night of luxury and indulgence unique to the history of India.

The Umaid Bhawan Palace is set amidst lush, peacock filled gardens and has 94 lavish rooms decorated in Art Deco style - a stay here is a truly memorable experience

Taj Falaknuma Palace is also known as the 'mirror of the sky' because, at 2000 feet, it was built in the clouds and reflects the ever-changing moods of the sky

Taj Lake Palace was built between 1743 and 1746, and was originally a lake island palace named Jag Niwas after his highness Maharana Jagat Singh II

This historic palace, having undergone an extensive refurbishment, exudes a regal elegance - from its antique chandeliers to the peacocks on the lawn