February 27, in Our Travels

Going solo on an escorted tour of India was a daunting prospect for Bethan Leyland, but she explains why it was well worth it.

I’ve always arranged my holidays independently, so I know how much time and effort it takes to organise everything. What starts out as a fun exercise can quickly become unwanted stress.

Knowing I’d be leaving everything to the experts during my escorted tour of India was a weight off my mind. I’d be able to soak up the atmosphere instead of worrying over minutiae. Even so, this was my first time travelling solo on a group tour, and I was a little nervous. Would I get along with the other tourists? Would I have any time to myself? And would the colour and chaos of India be a little overwhelming without a friend close by?

There was only one way to find out. 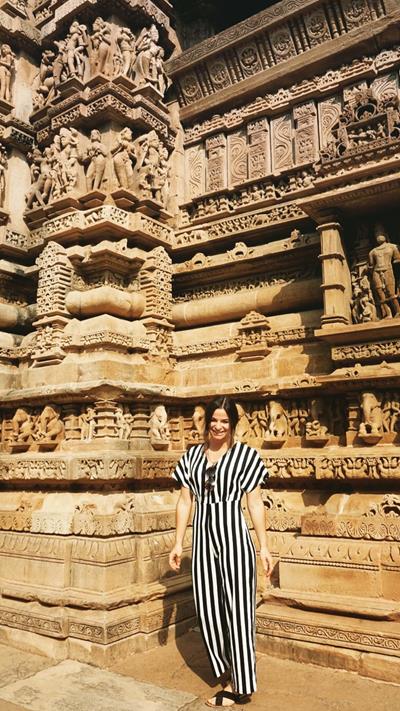 After my nine-and-a-half-hour flight from the UK, I arrived in bustling Mumbai, where A&K drivers were waiting to whisk each of us away to our home for the night – the Taj Mahal Palace. This grand property set the standard for the whole trip; five-star luxury suites, just around the corner from the city’s major sights.

My initial worries about travelling with strangers were quickly dispelled; we got on like a house on fire. It was a great chance to meet travellers from all walks of life.

In the morning, our resident tour director gave us an overview of what to expect in the coming days. Then we set out on our first real excursion: a whistle-stop tour of Mumbai. This is India’s most populated city, and its energy hits you from the moment you step foot onto the street. We ticked off Mumbai’s classic sights, from the iconic Gateway of India to the buzzing markets, then rounded off the experience with a welcome dinner – the perfect moment to get to know my fellow travellers a bit better.

In contrast to Mumbai, Udaipur is an oasis of calm. It’s an oasis in another way, too. The city’s large, twinkling lakes are a striking contrast to the arid surrounds of Rajasthan. Our next two days were spent exploring the city’s palaces and temples, beginning with the famous City Palace. I found its scale and detail mind-blowing – hundreds of rooms, each intricately designed, each with a story to tell.

The next day, we embarked on a magical cruise past the marble palace of Jag Mandir, whose jetty is guarded by charming stone elephants. Just as magical was our accommodation for the two nights – the Taj Lake Palace. Completed in 1746, the property is a landmark by itself, and appears to float on the calm waters of Lake Pichola. Enjoying a spot of yoga as the sun rises over this enchanted palace… What better way to start the day?

The next stop on our tour was Jaipur, “The Pink City” – so called because of its distinctive rose-hued palaces and temples. We were lucky enough to visit during Diwali, when the whole of India is illuminated as Hindus unite in celebration. Seemingly every street in Jaipur was adorned with pretty lights and decorations. Stalls brimmed with fresh flowers, festive cakes and diyas (oil lamps) – all the essentials for getting into the spirit of Diwali.

After celebrating with the locals, we retreated to another grand residence for the night – Rambagh Palace. Formerly the home of the maharajah, you feel like royalty staying amidst the decorative archways, antique chandeliers and peacock-pecked gardens. 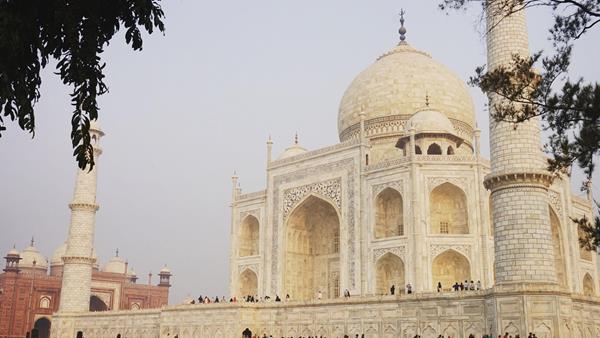 We’ve all seen the Taj Mahal countless times in pictures, but it’s true what they say – there’s nothing quite like seeing this monument to love up close. We spent two days in Agra, visiting at sunset and sunrise. Watching the sky’s pink and orange hues reflect off the white marble of this majestic mausoleum was breathtaking. Being in a group of travellers each just as awe-struck made it that much better.

We had enough time for a guided tour of another impressive building from the Mughal era – the Agra Fort – before it was back to our accommodation for the night. The Oberoi Amarvilas Agra was built to evoke the grandeur of the city’s Mughal and Moorish buildings, and gave us one last opportunity to admire the Taj Mahal from afar. 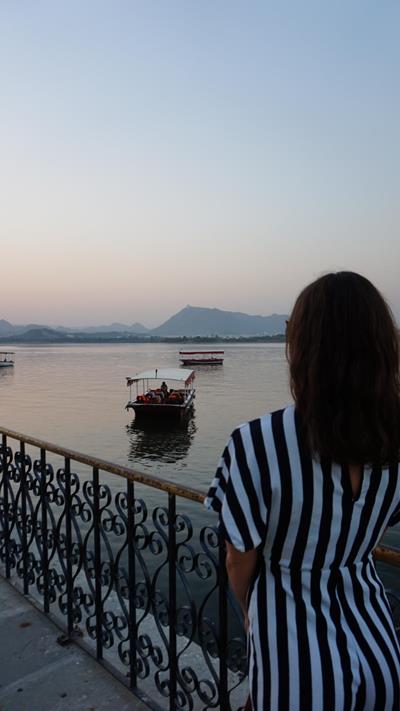 Varanasi wasn’t just my favourite place on the tour. It’s one of the most wonderful places I’ve ever visited. Built on the banks of the Ganges, this city has a lot of spiritual significance to the Hindus of India. It feels so raw and chaotic, with the contrasts of life and death unhidden, and it’s easy to get swept up in the atmosphere of the place. Each evening, passionate locals and pilgrims perform the ritual of aarti down by Varanasi’s famous ghats (stepped embankments). But it was the simplicity of the morning rituals that really struck me. We got up at sunrise for a cruise along the river, and the walk down the ghats was the perfect people-watching opportunity. The steps were lined with those carrying out their personal religious ceremonies. I noticed one particular woman, in her own world and totally content, spiritually cleansing herself with the holy water of the Ganges. It’s a place to lose yourself in.

Our escorted tour ended how it began, in the hustle and bustle of one of India’s largest cities. This time it was Delhi. It’s a mass of stimuli, with weaving rickshaws, dangling power cables and narrow streets filled with noise and people. We spent our last day visiting the best of old and new Delhi, from the vast mosque of Jama Masjid to the sensory overload of Chandi Chowk bazaar. It was the perfect place to bid farewell to this fascinating country.

Why go solo on an escorted tour?

The thought of travelling with 17 strangers had been a little daunting, but there was enough time to recuperate alone, and then enjoy each other’s company during tours, transfers and meals. On top of that, the ease of being taken from A to B, enjoying priority entry and being guided by experts throughout meant the whole experience was stress free. It was a brilliant way to experience India in all its colourful, chaotic glory.

If you’d like to experience an escorted tour of India, or any of our other fantastic destinations, why not browse our escorted tours page? You can also follow in Bethan’s footsteps by booking the Taj Mahal & The Treasures of India escorted tour.