A&K’s Latin America product manager Graeme Bull recounts his time in the canyon of Colca, where condor soar over valleys and peaks.

With Colca Canyon spread out before me, I sit sipping tea infused with molle – a pepper used in pre-Incan traditional medicine for its healing properties. It tastes surprisingly pleasant and assists with the altitude; as we are at a height of more than 3,400 metres above sea level, this is much needed.

Below us, in this secluded spot off the tourist trail, two airborne Andean condors play with each other. My expert guide Jules informs me that “we are super lucky” as this is such a rare sight. I believe her; despite having just come from the Mirador Cruz del Cóndor, where we saw more than 15 condor gliding on the thermal vents of the canyon, we hadn’t seen them play like this. With no other tourists around, tea in hand, we blissfully watch these birds fly. 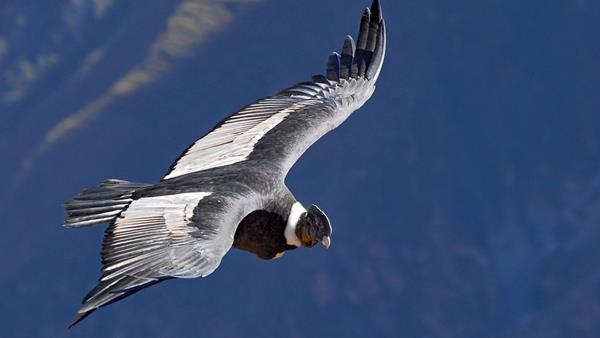 Boasting a wingspan of 3.3 metres, the magnificent Andean condor is considered the fourth largest bird in the world. You can spot them throughout Peruvian folklore and mythology, closely connected to the sun deity and depicted in local art from as far back as 2500 BC. Unfortunately, they are now considered ‘near threatened’ by the International Union for Conservation of Nature, so seeing large numbers is a privilege.

Jules tells me that, although condor are considered scavengers with a penchant for large carrion, she and other park rangers have seen them push and flap cattle, donkey and alpaca down into the canyon, close to the cliff edge. I take note of my position and slide back slightly. 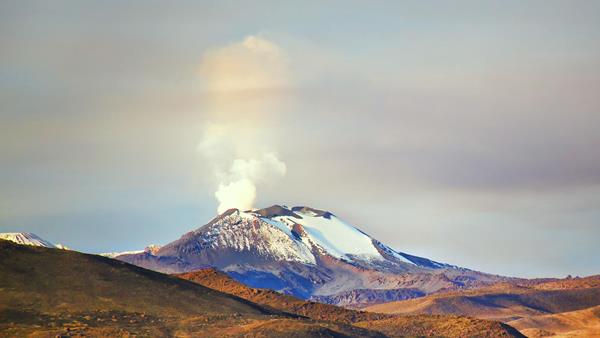 Colca is a less-travelled highlight of Peru, usually added to an itinerary if there is time after the main route taking in Lima, the Sacred Valley, Machu Picchu and Cusco. But, as access improves and it starts to receive the recognition it deserves, more people are extending their stay specially for this scenic spot. Part of the state of Arequipa, Colca has two parts: Colca Canyon (twice as deep as the Grand Canyon) and Colca Valley. Both lie more than 3,000 metres above sea level, and both are surrounded by Andean volcanoes – the most notable being Sabancaya; this towering stratovolcano is active, and you can see smoke pluming from its cone at various times during the day. Jules reassures me that this is good – it’s when the smoke stops that there’s an issue, as the pressure builds. 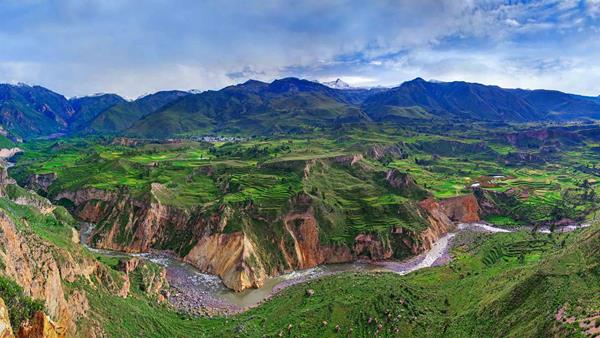 Thanks to the surrounding volcanoes, Colca’s soil is amazingly fertile and made this one of the key arable regions for the Incan civilisation. Signs of its farming history are etched into the valley walls, where thousands of centuries-old, grass-covered terraces create an eye-catching tapestry. Meandering through the centre of the valley is Colca River, providing opportunities to relax with thermal baths and trout fishing – or to raise the tempo with adventure rafting and kayaking. The best time to admire this landscape is just after the rainy season – which runs from January to April – as the afternoon showers will have rendered the terraces lush and green. The climate of the valley is dry and sunny for most of the year, however, with pleasant daytime temperatures of between 18 and 21 degrees Celsius. 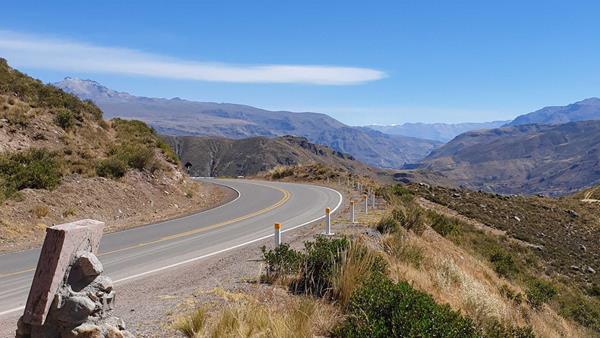 You can access Colca from either the city of Arequipa or Puno. We drove from Arequipa through Salinas y Aguada Blanca National Reserve, taking around four hours with stops along the way. The drive is through the Altiplano part of the Atacama Desert’s exterior, the second largest area of high plateau outside of Tibet. The highest point we visited en route was the Abra Patapampa Pass, 4,910 metres above sea level, where you can admire panoramic views of the lunar-like landscape. Wildlife still inhabits these dizzying heights, most famously the vicuña. Related to the llama and the guanaco, the vicuña’s wool is so rare and prized it’s earnt the nickname ‘Andean gold’, often selling for three to four times that of cashmere. 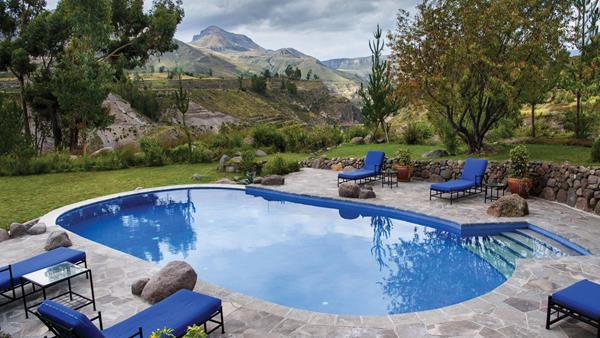 As interest in Colca Canyon has increased, new hotel openings have followed. Belmond Las Casitas opened its doors in 2017, tempting guests with luxurious private casitas featuring heated outdoor pools (perfect for when the evening temperature dips). For something a little different, Belmond Andean Explorer is a stylish sleeper train connecting travellers arriving from Cusco or Puno, and offering the most scenic passage through the Andean landscape. You can still find corners of this region that remain relatively unchanged by tourism, however. Towns such as Chivay, Yanque and Maca offer well-kept streets, clean plazas to sit in and a glimpse of authentic Peruvian culture.

As I finish my tea, another condor glides gracefully into view in complete silence, Sabancaya smoking in the distance. Jules repeats that “we are super lucky” – and she’s right.

Feeling inspired? Browse our suggested Peru itineraries and begin planning your own high-altitude adventure. Alternatively, speak to one of our friendly South America experts, on hand to advise and inspire you.