Barren but beautiful, see Patagonia from behind the wheel on a self-drive safari

We were driving Route 11 in Los Glaciares National Park and The Rolling Stones’ Brown Sugar was only adding to the sense of excitement in the Jeep. 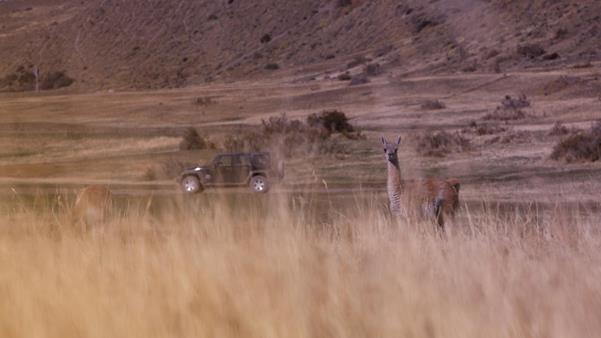 It was quite a moment. But it was just one of a series of wows on my mission to try out the latest addition to our portfolio of luxury adventures in South America: a self-drive overland safari in Patagonia. I was spending nine days covering the best of Los Glaciares and Torres del Paine, plus a couple of hidden spots. My itinerary included ice-trekking on Perito Moreno, horse-riding with gauchos in the Anita Valley and hiking amid the Torres del Paine Massif, to name but a few adventures.

I had arrived in Calafate, on the Argentinean side of southern Patagonia, at the beginning of April. This is usually considered the end of the season, and most hotels close by the 20th of April for the winter. But what is unknown to many is that autumn and spring are the best times to visit. The weather is more stable, the wind doesn't blow as much and the colours put North America's autumnal leaves to shame.

On my first day I met my guide, Alonso, who showed me around my Jeep. An introductory film on driving the vehicle pointed out all its mod-cons, from the GPS (with my own itinerary pre-entered) to the walkie-talkies, satellite phone and all-important coolbox, filled with snacks and drinks. Later, I dined on amazingly tender meat, accompanied by superb malbecs and cabernet sauvignons, selected by an expert sommelier.

I spent the next morning with Federico, a local gaucho. We saddled up for a gallop around the Anita Valley and Patagonian steppe lagoons filled with flamingos. On the pinnacle of a summit, Federico dismounted and approached the edge of a rocky outcrop where a condor was observing the world just below. Federico inched himself to within metres of this magnificent bird before it took off, blocking our view of the valley with its enormous wings. Trotting home, we met Federico's wife Tamara, who showed us around Estancia Anita. The estate has been operating the same way for over 100 years, and still uses the same machinery and processes to gather the wool from the sheep. 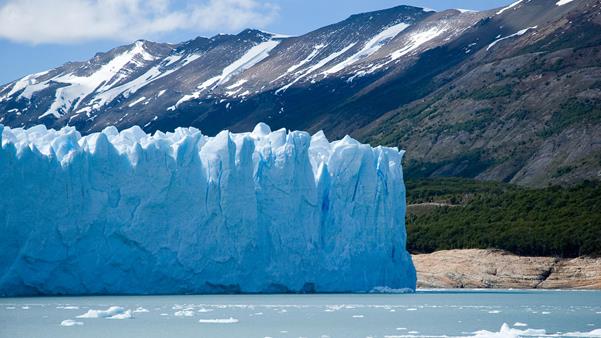 It was on day three, after spying those rainbows over Perito Moreno, that I set out to walk on top of it. With crampons fixed to my feet, I trekked up and gained a completely different outlook on this vast tongue of ice. Its blue hues in particular were utterly mesmerising. There was also something childishly exciting about filling my water bottle from a pool on the glacier's top, an experience that should be added to everyone's bucket list.

That night I retired to Eolo, one of the best hotels I have ever stayed in. The views on each side were equally spectacular. So much so that you should really stay three nights, so you can drink your sundowner with a different outlook each night, watching the dying light dance down the valley. 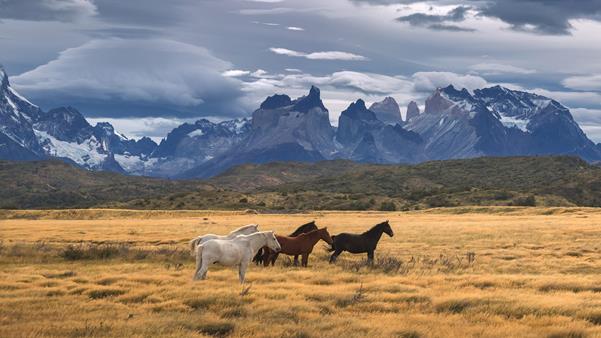 The following days took us away from Argentina as we crossed the border into Chile, entering Torres del Paine National Park. I was dreading the five-hour drive but in fact it was brilliant, demonstrating the full extent and wildness of untamed Patagonia.

For three nights Tierra Patagonia was my base. With views over Lake Sarmiento to Torres del Paine, it is the perfect place to relax. And for those brave enough, it offers the opportunity to take a lake swim before dinner. The big highlight for me was completing the Torres Trail, which takes in the matchless Las Torres viewpoint. Starting early, Alonso and I joined the uphill path to Ascencio Valley on the towers' eastern face. Beech forests and gurgling streams lined the path. The landscape looked colourful under the autumn sun. My biggest challenge came as we neared our goal, and had to climb the steep moraine of boulders to reach one of the world's most famous views. The trek was 18km long, ascended up to 1,000m and took seven hours, but it was worth every step.

My final destination was the Singular Patagonia by Puerto Natales on the outskirts of the park. The Singular itself is worth the trip to the other side of the world. A converted meat-packing factory, with old machinery still lining the way to the rooms, it combines luxury and history in almost a living museum experience. The surrounding area, too, is magnificent. There are a wealth of ways of experiencing it. For me the must-see was the Mylodon Cave, where an extinct relative of the sloth was found. The Mylodon was three metres tall and lived here 10,000 years ago. But if that doesn’t appeal, you don't have to be overly active – there are half-day spa 'excursions' if you prefer to take it easy.

By the end of my adventure I had tried a host of new experiences in some of the world's most incredible landscapes, and I'd managed to do it all in privacy and luxury. I'd fully felt the wild side of Patagonia, without having to sacrifice an ounce of style.