January 21, in Our Travels

Nina Caplan tastes the best food and wine Victoria and South Australia has to offer during a road trip through vineyards down under.

There are two great things about road tripping in Australia: the lack of complications – no borders or language changes – and the wondrous sense of freedom. There’s so much to see, and you are in control of how and when you see it.

I’ve travelled the spectacular Great Ocean Road between Victoria and South Australia before; this time I wanted to see what lay inland, away from that distractingly lovely shoreline. Happily, I discovered the answer is wine – and some excellent food to pair with it. 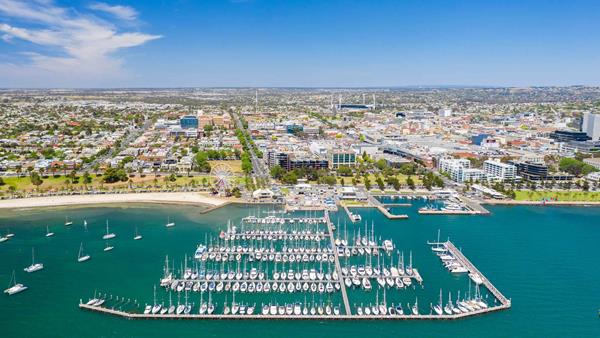 From Melbourne’s fabulous QT hotel in the CBD, I went south-west to Geelong – the little city on the bay. Here I dined at Igni, a superb restaurant priding itself on its tasting menu. I also stopped at Geelong Cellar Door, a cosy spot with an open fire that specialises in local wines – which you can also take away.

If you’re wondering what to try, Wines by Farr is a good label to look for. Unusually for an Aussie winery, they don’t welcome visitors; the wines are so good, and quantities so small, they don’t need to. Lethbridge wines are also superb, although for a more personal tasting experience you can visit winery owners Ray Nadeson and Maree Collis with a 30-minute drive north. If you ring in advance, they’ll even prepare a platter lunch to accompany their vintages.

Geelong is a great jumping-off point, not into the bay but into the vineyards that benefit from its cooling influence. There are plenty to choose from: Leura Park Estate; Jack Rabbit Vineyard, which has a restaurant with panoramic views; Oakdene, where you taste in what looks like a house tipped on its head; and Scotchmans Hill, from which winemaker Robin Brockett claims you can see all the way to Melbourne – although better to admire the vines from the old-style farmhouse while sampling their excellent wine. 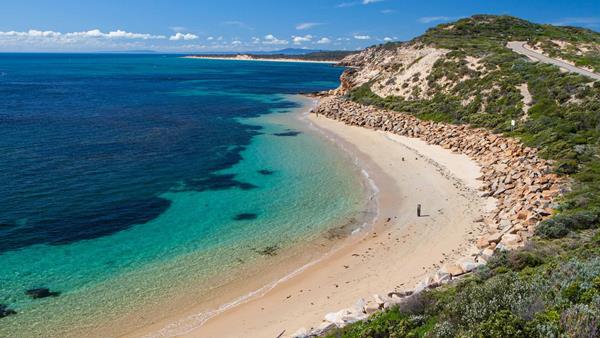 Another way to enjoy the scenery is on the Q Train, a crazy notion to show off the view and the local produce via a decommissioned locomotive from Queensland. A six-course tasting menu is served in First Class; dishes arrive on a tiered tray à la afternoon tea, and local wines are served as the train slides past the birdlife of Port Phillip Heads Marine National Park and the scenic waters of Swan Bay.

Under no circumstances should anyone travelling this route miss out on Brae – that is, unless they hate great food and wine. Dan Hunter made his name at the Royal Mail Hotel (still worth a stop for its restaurant – and the largest privately owned wine cellar in the Southern Hemisphere), but has since moved to Birregurra and created a gastronomic marvel in a former farmhouse. Here, he and his team mill their own flour and grow their own produce. The multi-course menu in this world-class restaurant is an exceptional blend of local ingredients and witty presentation. Brae is also a hotel; there are six guest suites on-site, all with record players, baths overlooking the countryside, and the best mini-bar I’ve ever seen: half bottles from makers like Bill Downie, whose recherché wines are hard to find even in big cities. 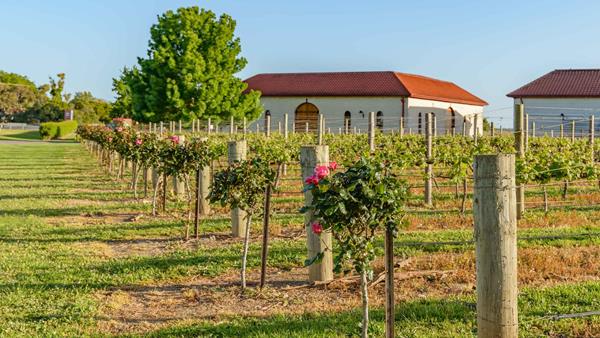 Drive across the invisible border into South Australia and the land changes subtly. First there’s the Blue Lake, a volcanic crater near Mount Gambier filled with water that turns turquoise in the summer. Then there are the Naracoorte Caves, a series of grottos discovered in 1859 by Reverend Tenison-Woods, who claimed they were evidence of the Biblical flood. The caves are filled with the bones of prehistoric creatures that fell into these hollows and were trapped and preserved, including marsupial lion and gargantuan kangaroo. These and the eerily lit rock formations make for a memorable experience of the land that nurtures the vines above.

The third place to see the differences between this patch of Australia and every other region is in the glass. The distinctive red soil of Coonawarra makes a great home for cabernet sauvignon in particular. There’s plenty of tasty proof at Redman Wines, Katnook Estate, Wynns – a winery established in the 19th century with an interesting mini-museum – and Raidis Estate, where a young couple are making great wines boding well for the next generation of cabernet lovers.

And nobody goes hungry in Coonawarra, either. There’s terrific food overlooking the vines at Hollick Estate or in town at Pipers of Penola, a fine-tuned little place with a fabulous list of local bottles. 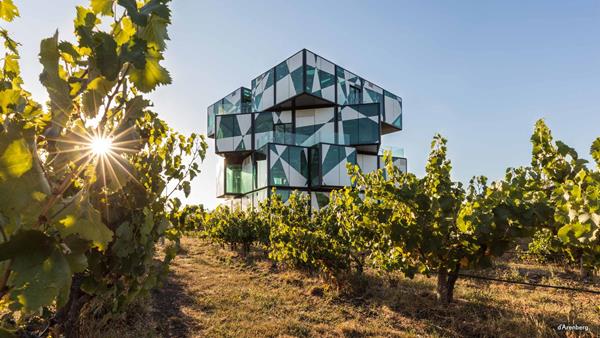 Then it’s on to McLaren Vale, where Chester Osborn of d’Arenberg wines has built a showplace for his products that’s as oddball as he is. It looks like a giant Rubik’s Cube among the vines filled with experiences, from sensory chambers and 180-degree views of the vineyards, to an opportunity to blend your very own d’Arenberg. And when the craziness gets too much (even the toilets have bonkers decoration), you can nip across to their old-fashioned restaurant, d’Arry’s Verandah, for a superb lunch made from local ingredients.

Everybody is talking about the Cube, but a quieter McLaren Vale experience that nobody should miss is feeding kangaroo at Woodstock Wine Estate. Their wines are excellent too, but there’s nothing quite like entering an enclosure where young roos bound up for bottled milk, while a friendly emu looks on wondering what all the fuss is about.

If you have time on the gorgeous drive to the Adelaide Hills, Yangarra Estate Vineyard is worth a stop. It has a tasting room like a well upholstered living room and a selection of wines made from southern Rhône varieties that could give the vignerons of Châteauneuf-du-Pape a run for their money. Nip east before you drive west into Adelaide for lunch at Bird in Hand winery, where the food is excellent, there are back vintages open to try, and the birds in question – rose-breasted cockatoos – hop around the vines as if they own the place. 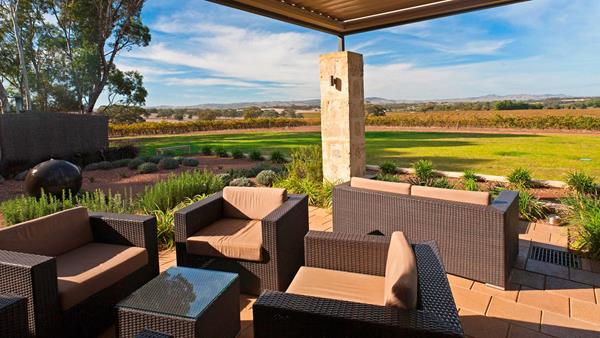 Feeling inspired to book your own luxury food and wine tour down under? Speak to one of our travel specialists today, or browse our suggested Australia itineraries for more inspiration.

Located on the corner of King William and Hindley Street, the chic and intriguing Mayfair Hotel offers glamour in the heart of Adelaide's CBD

Captains at the Bay

In the small town of Apollo Bay, lovingly nicknamed paradise by the sea, sits Captains by the Bay, a contemporary bed and breakfast ran by two incredibly friendly hosts