Spring in South Africa is always underrated – it’s a great time to see wildlife at its most active, the flowers in bloom and the cities in a buzz of activity before the sun starts to blaze.

The cooler weather in August, particularly in the south, means you can do more throughout the day. The main sights which draw in holidaymakers are the carpets of wildflowers which spring up seemingly from nowhere and the whales which can be seen moving down the coastline of the Garden Route. It’s also a great safari season as the summer vegetation has yet to appear. This leaves fewer hiding places for the many weird and wonderful creatures that inhabit the country. 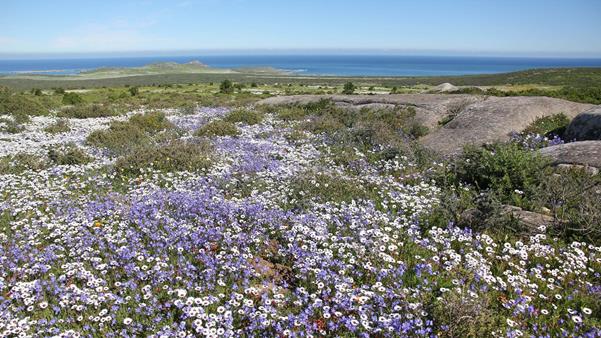 The blooming of South Africa’s wildflowers is a spectacular sight all over the country. You can see them at their best in Northern Cape and along the West coast, particularly around Namaqualand. There are nearly 4,000 different species of wildflower, and the weather patterns leading up to spring decide which species will dominate. No two flower seasons are ever identical, making it the perfect place for unique pictures of these stunning scenes. You can choose an Abercrombie & Kent hotel or lodge that sits right in the middle of this transformation. Bushmans Kloof Wilderness Reserve & Wellness Retreat is a beautiful haven deep within Namaqualand – for most of the year this is a semi-desert, but you won’t believe it if you time your trip for spring.

With flowers come the birds 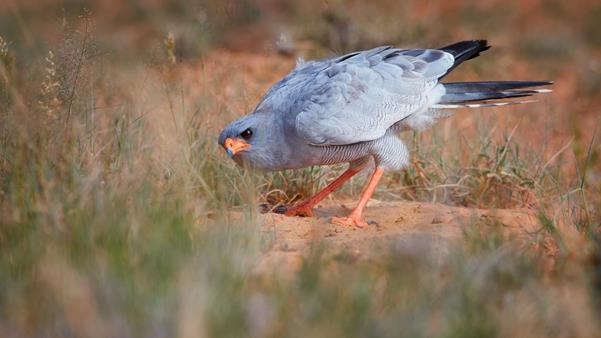 With nearly 1,000 birds making their home in the country, South Africa is already an incredibly popular bird watching location. When the army of flowers spring up, the birds quickly join the foraying ecosystem here. Popular and rare birds can be seen wherever you plan your trip, like the many species of crane, thrush, bunting, babbler and bee-eater. But to see a wealth of birds of prey at their most active, take yourself into the Kalahari Desert. While exploring this dramatically harsh environ, keep your cameras and binoculars at the ready for white-backed vulture, martial eagle, tawny eagle, Verreaux's eagle-owl, pale chanting goshawk, greater kestrel and the much-loved pygmy falcon. South Africa is extremely rich in birdlife whenever you come. These amazing creatures are specialised for all different habitats, from marshland to mountains to desert and even urban landscapes. 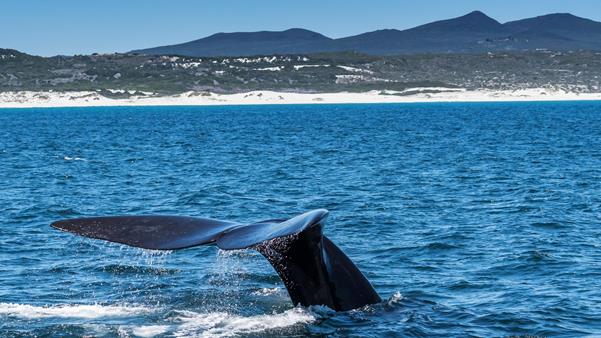 The Whale Festival at Hermanus is a great way to learn about the southern right whale. You can see them making their way down the Garden Route in spring, often coming close enough in to be seen from the coast. Watch them lobtailing and erupting out of the water, usually in pods of two or three, but occasionally in groups of up to 12. You can also hear them communicating in low-frequency moans, pulses and groans. Interestingly, their unusual name comes from the fact that they float when they die, making them (in times gone by) the ‘right’ whales to hunt. Attenborough fans will also remember the incredible footage of a great white leaping out of the water while on the hunt in the Planet Earth series back in 2007 – and those brave enough can take boat trips to see these sharks becoming more active around spring for themselves.

Spectacular safari season in a country of culture 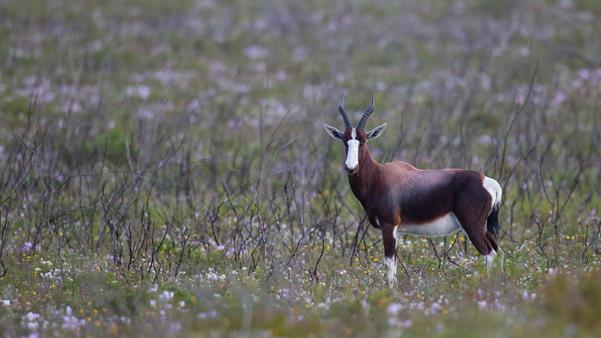 It’s partly because of the lack of summer foliage that wildflowers can take over the landscapes so easily. This makes it a perfect time to see some of the most spectacular game out in the open. It’s a great time for night safaris too, when you can go in search of the rarest creatures beneath sublime sunset backdrops. And they won’t be lazing in the heat – lion are active hunters at night, and even the fascinating aardwolf, porcupine and bat-eared fox will emerge from their hiding places to eat. However, the cities are likewise alive with activity. Cape Town, for example, never sleeps – choose a A&K hotel like Cape Grace which sits right on the waterfront so you have access to all the high-end shops and restaurants when the prices are at their lowest. Culture vultures will also want to head to Johannesburg towards the end of August to see the Arts Alive Festival. At this vibrant festival you’ll see all kinds of performances. Artists travel from all over the world to showcase African jazz, dance, visual art and poetry readings.

The rock art sites at Bushmans Kloof have been described as the 'The World's largest open-air gallery'. Seven luxury rooms, six deluxe rooms and three suites all have private terraces with spectacular mountain and river views

Each of the 57 suites and 144 spacious bedrooms are individually furnished. For increased seclusion, four cottages in Sydenham Terrace have been meticulously restored and are set in private gardens with a swimming pool

Set high up on the cliffs just outside the town of Hermanus and overlooking Walker Bay is the magnificent Birkenhead House, the ultimate coastal retreat

Once a private home, Fairlawns Boutique Hotel & Spa is a delightful grand retreat away from the busy city

Grootbos delivers the basics with ease, international cuisine, fine wines and stunning lodge accommodation along with some more refined touches

Discover authentic South Africa on this tour of its wildlife, wineries, stylish cities and coastal hideaways. Travelling from west to east, this journey promises to be an unforgettable one