Staycation inspiration: where to go in Britain & Ireland

It’s easy to overlook the attractions right on your doorstep. Yet the UK and Ireland offer corner-to-corner delights, and — with A&K — a holiday close to home can be every bit as extraordinary as one further afield.

Dreaming of wide-open spaces, fresh air and natural beauty? We know just the places. Or are you seeking cosmopolitan thrills, rich culture and historic architecture? Say no more. Enjoy private tours, privileged access and exemplary accommodation — all without the jet lag.

Here are just some of our favourite places to discover (and rediscover) the UK and Ireland during a luxury staycation. 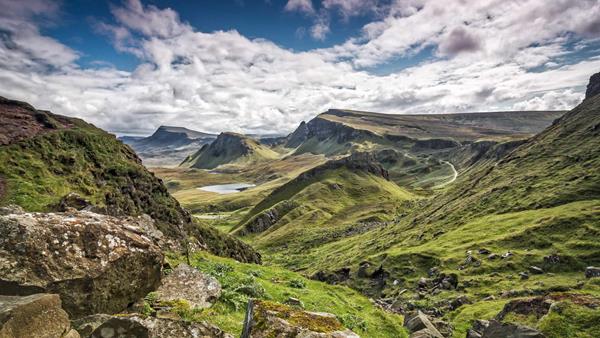 The Highlands are aptly named, being home to the UK’s tallest mountains — including record-topping Ben Nevis. It’s also the country’s most sparsely populated region, so you can admire those umber-hued heathlands, ancient forests and sparkling lochs in relative solitude. Highland traditions are preserved in charming towns such as Braemar and Fort William, malt whisky is aged in the oak barrels of Scotland’s famous distilleries, whilst grand manor houses offer accommodation and leisurely pursuits amidst some of the most impressive natural scenery on either side of the border.

Off the mainland, islands such as Skye, Mull and Orkney vie for your attention with their colourful port towns, rugged beauty and iconic wildlife — including red deer, Atlantic salmon and golden eagle. 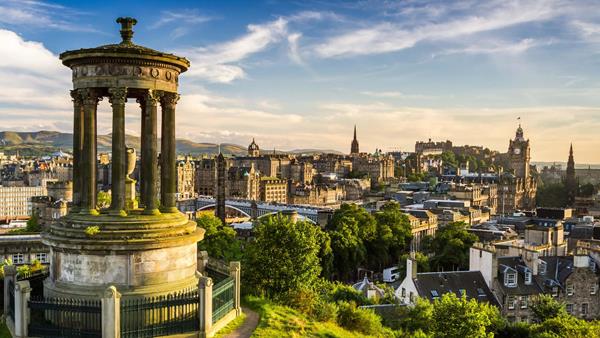 In his 10-chapter paean to the city of his birth, Robert Louis Stevenson described Edinburgh as “what Paris ought to be”. Visit and it’s plain to see why Scotland’s capital has long been a muse for artists and authors. There’s the stunning medieval and Georgian architecture of Old and New Town (together designated a UNESCO World Heritage Site); the unmissable clifftop fortress of Edinburgh Castle; and the wild hills and crags of Holyrood Park. Of course, it’s also home to the world’s largest arts festival, the annual Edinburgh Fringe, when the city explodes with a packed programme of performances. 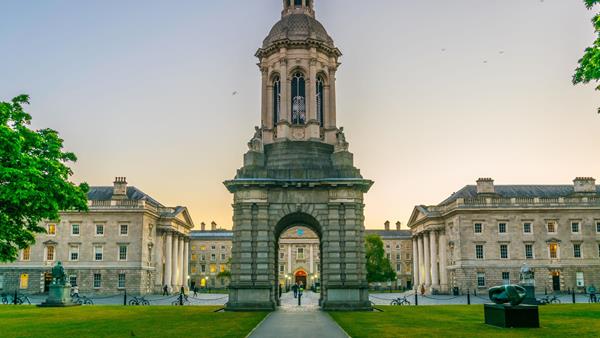 With a buzzing nightlife, historic cathedral and world-famous whiskey distillery, Dublin is spirited in every sense of the word. The Republic of Ireland’s economic and political capital packs a lot into its relatively small size. For history and culture buffs, the myriad museums, monuments and heritage buildings throughout the city are sure to grab — and hold — your attention. The Guinness Storehouse and Jameson Distillery are must-visits for connoisseurs of Irish tipples (as are the many excellent pubs both traditional and modern). Seen it all before? Our travel specialists can help those already au fait with Dublin’s headline attractions to discover the city’s lesser-known highlights.

Suggested itineraries: The Tastes of Ireland 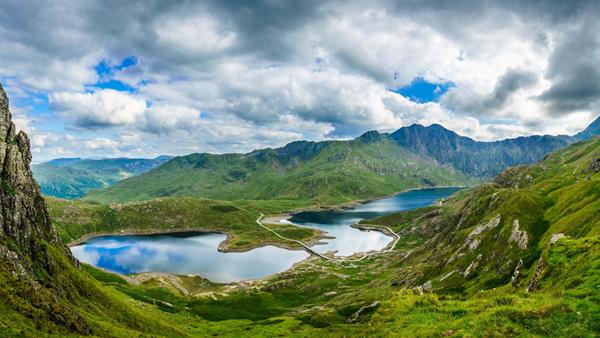 Snowdonia (or Eryri, as it’s known in Welsh) is North Wales at its most dramatic. The national park is a playground for outdoor enthusiasts, with castle-studded pastures laced with pretty rivers sweeping up to misty massifs. Summit the UK’s highest mountains outside of Scotland, including the famous Mount Snowdon, or head down the atmospheric caves and old mines for subterranean wonders. Charming nearby enclaves such as Betws-y-Coed, Llanrwst and Caernarfon offer picture-perfect spots for catching your breath. 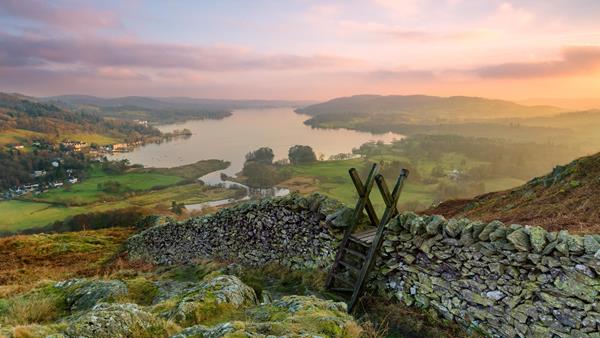 The pastoral beauty of the Yorkshire Dales — ‘God’s own country’ — is a perennial draw for visitors wishing to get away from it all. Its lush green valleys, pretty waterfalls, quaint villages and medieval ruins make it an idyllic place for a ride or ramble. Plus, on clear nights, the dazzling display of stars overhead proves this national park is a worthy applicant for Dark Sky Reserve status.

Just next door lies the Lake District, lauded for its spectacular mountains and shimmering waters. It also boasts a strong literary connection. William Wordsworth was inspired to write ‘I wandered lonely as a cloud’ after admiring the daffodils in Ullswater, and authors ranging from Ian McEwan to Beatrix Potter — whose conservation efforts helped preserve the region — have used this characterful landscape as a backdrop in their works. From the top of England’s highest peak, Scafell Pike, to the banks of its largest lake, Windermere, the Lake District presents nature on a scale sure to inspire you, too. 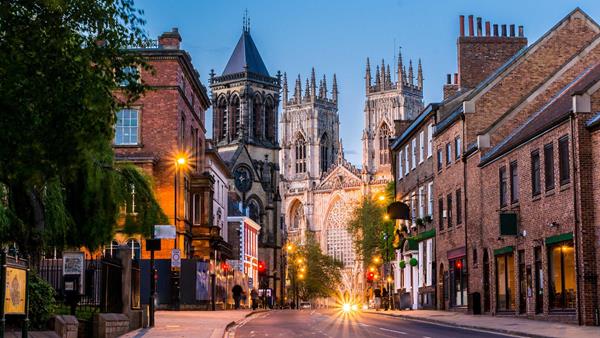 York is one of the most attractive cities in England. It’s also incredibly tourist-friendly, with many of its attractions, such as The Shambles’ charmingly crooked, medieval shops and the vast cathedral of York Minster, lying within easy reach of one another. Founded in 71 AD, the city wears its long and storied history on its sleeve; you can discover fascinating relics of Roman, Viking and Norman rule inside and outside the museums here. Those with a sweet tooth may also wish to find out first-hand why York was nicknamed the ‘chocolate city’. When you’re not out navigating the cobbled streets guided by one of our experts, we can put you up in the city’s only five-star hotel: The Grand. 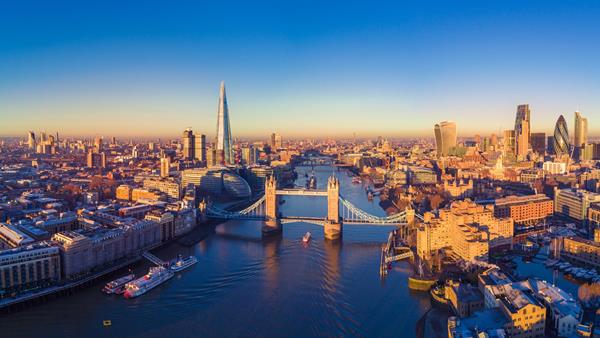 Fast-paced, vast and vibrant, London feels like a country within a country. There is simply so much to see and do. This is where museums and galleries showcase cultural treasures of global importance; where famous actors earn plaudits on film sets and West-End stages; and where politicians have gathered to shape the future of the UK for centuries.

However familiar you are with London, there is always more of ‘The Big Smoke’ to discover, and — with A&K — new, exciting ways to do so. Tour the sights in chauffeur-driven style. Dine at boundary-pushing Michelin-starred restaurants. Gain new insights with private tours of historic attractions, such as the Tower of London, Westminster and Kensington Gardens. With us, you can experience a side of the capital out of reach for most. 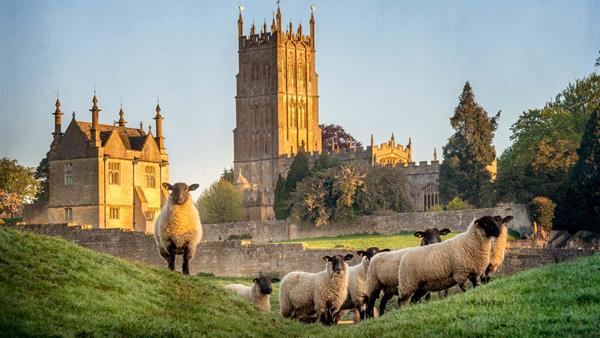 Brimming with honey-stoned villages just a hedgerow away from the countryside, The Cotswolds is quintessential, chocolate-box England. Within this Area of Outstanding Natural Beauty, you’ll find quaint, tucked-away market towns such as Chipping Campden and Burford; and on its fringes, grander cities including Oxford — ‘the city of dreaming spires’ — and Bath, famous for its Georgian architecture and Roman spas. The Cotswolds also boasts a bounty of stately homes with immaculately presented gardens, many open to the public. You can even make one of these manors your holiday home from home. Simply book from a range of exquisite properties in the Cotswolds via our sister site, A&K Villas. 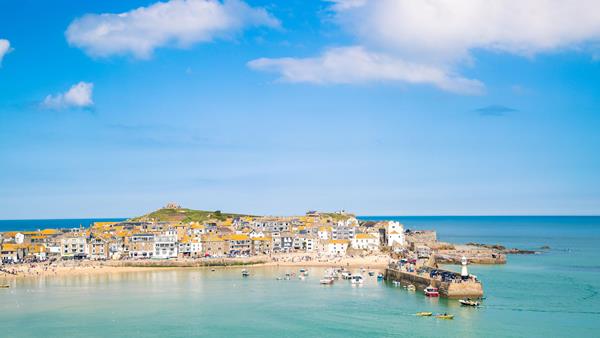 Champagne cream tea, anyone? Cornwall and Devon are the coastal stars of the ‘sceptred isle’, both regions boasting boat-loads of charm. Visit colourful gardens, sleepy coves and sprawling country estates. You’re guaranteed a sense of escape, whether you explore this corner of the South West Peninsula by private boat or classic car; in the saddle or on foot.

Stretching out into the Atlantic Ocean, Cornwall affords visitors more than 640 kilometres of coastline to enjoy — and its notably mild and sunny climate promises excellent conditions in which to do so. Neighbouring Devon competes with its fair share of postcard-perfect beaches, but its headline attraction lies in-land, in the ancient moorlands of Exmoor and Dartmoor.

Many of our travel specialists live and work in the UK, and hold a depth of local knowledge you’re unlikely to find anywhere else. Get in touch to begin planning an A&K staycation perfectly tailored to you and your loved ones. Or, for more inspiration, browse our dedicated UK and Ireland page.

The Tastes of Ireland

Discover the Greens of the Emerald Isle

The only fairway to experience Ireland’s iconic golf courses, from Powerscourt Estate to Lahinch Course. Combinable with the Scottish Whisky and Golf Tour

Industrial heritage, iconic landscapes and boutique shops – it's no wonder Northern England is on top

The Highlands and Islands are a veritable photo album of majestic mountains, mysterious lochs and sublime seascapes

Enjoy royal-style privileges as you follow the history of the British monarchy, discovering key landmarks in England and Scotland

Stop and smell the roses. Discover the secret gardens of England on a floriferous self-drive itinerary

The Best of British

Relive the glory of the motoring age with this ultimate road trip across the British Isles, indulging in the UK’s finest hotels

Enjoy exclusive use of Inveraray Castle, an icon of the Scottish Highlands set on the scenic shores of Loch Fyne

Discover Scottish heritage combined with French chic style with a stay at The Balmoral, a Rocco Forte Hotel

Embark on a royal adventure as you discover the regal history of Ashford, an 800-year-old castle on a 300-acre estate

Hayfield Manor, in the heart of Cork city, was originally owned by the Musgrave family, the famous Cork merchants

Set in hundreds of hectares of verdant Irish countryside, the luxurious K Club is famed for its two golf courses, five-star facilities and friendly service

A deserved member of The Leading Hotels of the World, The Merrion is located in the heart of Georgian Dublin

Located on the doorstep of the Cliffs of Moher, a warm welcome awaits you at the local, artistic hub that is the Old Ground Hotel

Seated in the formal grounds of the eponymous 13th-century estate, Powerscourt Hotel Resort & Spa is a five-star destination, perfectly located for County Wicklow and Dublin

Walk along former royal corridors of power at Dromoland Castle, which has been welcoming guests since the 16th century

Admire romantic views over Windermere from this grand hilltop manor, whose stylish rooms and suites offer comfortable retreat after days in the great outdoors

The Grand Hotel and Spa York

Originally built in 1906 as a 'Palace of Business' for the wealthy local railway company, the aptly named Grand is York's only five-star hotel

​Seated majestically on the edge of the Yorkshire Dales, Grantley Hall is a luxury hotel and wellness retreat

Commanding stunning views over Lake Windermere, Holbeck Ghyll is a traditional country house within easy reach of both Windermere and Ambleside

Once used as Bonnie Prince Charlie's battle headquarters, Culloden House is a luxury hotel standing proudly in 40 acres of woodland

Stay in the foothills of Ben Nevis at this famous castle-turned-hotel, which received the royal seal of approval from Queen Victoria

An imposing 19th-century baronial mansion set on a 300-acre private island, the Isle of Eriska Hotel is a picture of Victorian country living

Discover la dolce vita on the Cornish coast, with sea-view rooms, a Mediterranean-style beach club and a private yacht at your disposal

Amongst a glut of other seafront hotels, The Grand Brighton lords it over the others with an imperious self-assurance

Don the Dubarry's and explore the Cotswold countryside at this luxury 15th-century estate, family and dog-friendly. Fine dining and spa treatments await

Abrim with the romantic style of its glamorous past, Beaverbrook is a model English Country House estate nestled in the heart of the picturesque Surrey Hills

Escape to the Hampshire countryside at this historic manor and grounds, set in the bucolic village of Dogmersfield

Immerse yourself in the glitz and glamour of designer Mayfair, at one of Rocco Forte’s Hotels, where everything is effortlessly elegant

One of Scotland’s most prestigious hotels and sporting estates, Gleneagles has been welcoming guests to its "Glorious Playground" since 1924

A fantastic retreat for golfers and non-golfers alike, only a short stroll from the historic town St Andrews. Enjoy six unique dining experiences and 11 golf courses

Explore Scotland’s stunning scenery and heritage aboard the Royal Scotsman, a luxury rail service to rival the world’s very best