Cape Town - Things to do in January

Make the most of the summer sun with a January visit to the Mother City.

A cultural melting pot set amidst spectacular scenery, Cape Town is the jewel of South Africa’s southwest coast. Thanks to its unique climate, it’s both driest and warmest at the start of the year. A luxury Cape Town holiday in January will help you get into the carnival spirit, witness big sporting events or enjoy a picnic with a soundtrack. This is a great time of year to visit the Mother City.


Picnic with a soundtrack in Kirstenbosch 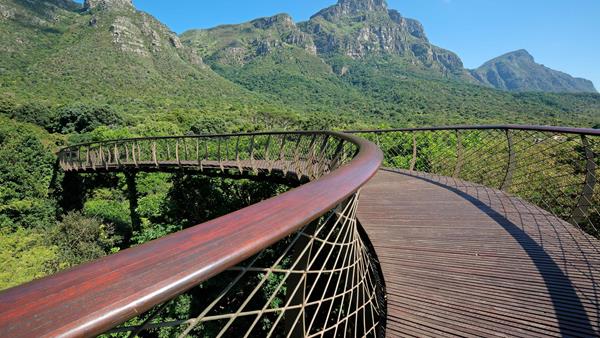 One of the most beautiful gardens in Africa, Kirstenbosch is 528-hectares of fynbos, forest and flowers. It was transformed a century ago from a neglected farm into a beacon of biodiversity. Stroll through pathways surrounded by indigenous flora and fauna, or cycle the garden’s trails, winding around the foot of Table Mountain. Kirstenbosch is popular with locals and visitors alike, especially in the summer, when it hosts a schedule of live music at its wood-side stage. Load up your hamper for a picnic in the sunshine, enjoying everything from folk to hip hop from the comfort of a gingham blanket. During your holiday to Cape Town, Kirstenbosch National Botanical Garden is a must-see.


Sip a sundowner on Signal Hill 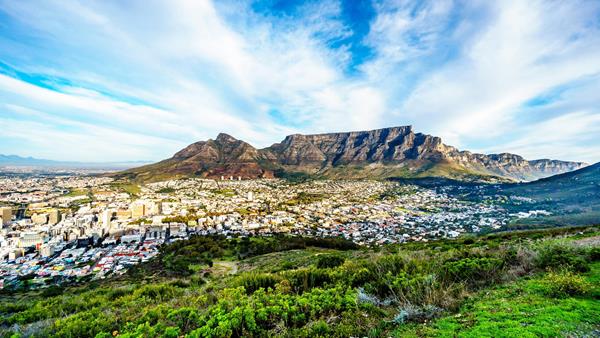 While not as famous as Table Mountain, Signal Hill slopes up to a height of 350 metres promising spectacular views over sunny Cape Town. When seen alongside Lion’s Head mountain, it forms the rump of a sphinx which divides the harbourside from the east of the Mother City. Don’t be alarmed if you hear a bang during a midday meander along its grassy trails. That’s the Noon Gun, a daily time signal issued from cannons on the hill. At the summit lies one of the Western Cape’s 20 kramats – Islamic shrines marking the graves of prominent Muslims. Signal Hill’s kramat sits in solitude before the climb to Lion’s Head, whitewashed and topped with a vivid green dome. Time your ascent to Signal’s peak for sunset to enjoy a sundowner with a view. From the top, you can gaze over the city, Table Mountain and the sparkling ocean beyond. There are few vistas in South Africa as romantic as this.


Place your bets at the famous Sun Met 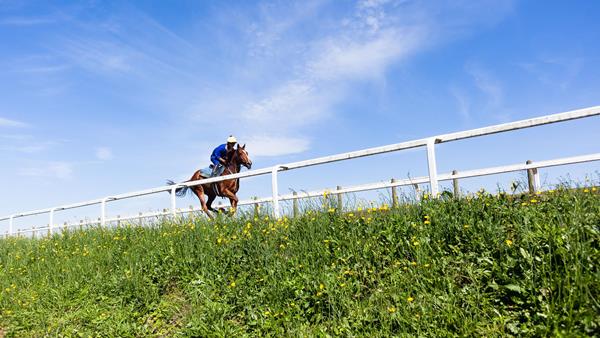 In late January, Kenilworth Racecourse hosts the most fashionable horse racing fixture in Cape Town’s calendar – the Sun Met. Around 50,000 chic attendees mingle under marquees and cheer on their chosen horse. Jockeys and their stallions circle the 52-hectare swathe of conservation land at the centre of the racetrack, competing in 13 separate races. When you’re not busy betting, there’s plenty of entertainment off the track, too. Relax in the VIP privacy of the Sun Met Oasis, sip cocktails from the on-site bars and dance the night away at the exclusive afterparty. Rub shoulders with Cape Town’s rich and famous at this prestigious horse racing event.


Sightsee at the Cape of Good Hope 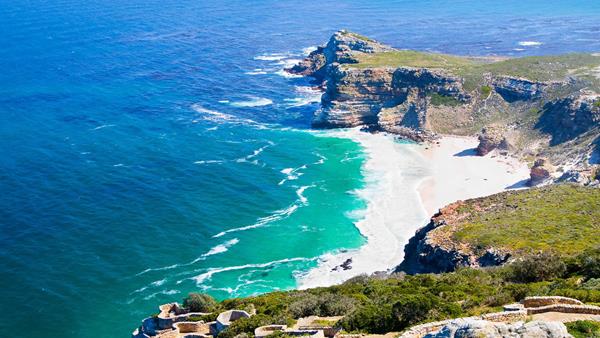 In the summer sun, enjoy the natural beauty of the Cape of Good Hope. Lying around 65km south of Cape Town’s centre, this rugged headland is part of Table Mountain National Park and a popular spot for sightseeing and nature walking. Trek across its rich fynbos, speckled with wildflowers, enjoying breath-taking views of where the Indian and Atlantic oceans meet. 250 bird species visit this promontory, making it a draw for birders. Bounding in troops across the grassland, Chacma baboon can be seen nibbling on fruit and insects. Spot caracal on the prowl for field mouse and dassie rat, as well as tortoise, snake and lizard navigating the Cape peninsula. Take a tour of the Cape of Good Hope and nearby Cape Point to appreciate this beautiful corner of South Africa.

Each of the 57 suites and 144 spacious bedrooms are individually furnished. For increased seclusion, four cottages in Sydenham Terrace have been meticulously restored and are set in private gardens with a swimming pool

Created from the V&A Waterfront's iconic grain store, The Silo offers 28 individually designed rooms, each with a balcony view of Cape Town or Table Mountain

The Twelve Apostles Hotel and Spa

Camps Bay, under the Twelve Apostles mountain range, is a chic suburb on the trendy Atlantic Seaboard

Discover Cape Town's glamorous beach lifestyle at one of the Ellerman Villas, perfectly situated to enjoy the facilities at the nearby hotel

More Quarters is a rare combination of historic exteriors with modern, bohemian interiors and offers the experience of genuine Cape Town living, in stylish and secure apartments

Get ready for some serious spoiling at The One Above, Cape Town's most exclusive address

Set on the historic V&A Waterfront with views of Table Mountain and the sea, The Table Bay is a luxury Cape Town hotel renowned for its standard in service and cuisine

This fantastic boutique hotel is one of Cape Town’s best-kept secrets. Unwind in your luxurious suite, enjoying dedicated hospitality and stunning Atlantic views

Discover authentic South Africa on this tour of its wildlife, wineries, stylish cities and coastal hideaways. Travelling from west to east, this journey promises to be an unforgettable one