Discover why barging is having a renaissance

Delve into the history of barging and discover Leonardo da Vinci’s enduring influence.

Barging is being given a new lease of life thanks to actors Prunella Scales and her husband Timothy West who are beguiling TV viewers with their Great Canal Journeys around Europe.

You may have seen the celebrity couple messing about in long boats as they meander down the iconic waterways of Venice or pass enchanted forests, fairy-tale castles and picturesque mountains in the heart of France.

Contrary to popular belief, Britain was not a pioneer when it comes to the history of canals. It was the Chinese who invented the first canal back in the 5th century. The Grand Canal (also known as the Beijing-Hangzhou Grand Canal) is the longest canal in the world, measuring 1,776 kilometres, linking the Yellow River and Yangtze River.

Seven centuries later, artist and inventor Leonardo da Vinci conceived the idea for a revolutionary lock, considered to be his most enduring achievement. The miter lock is still in use today on almost any canal or waterway you visit.

Da Vinci was inspired by the inefficient portcullis lock, which worked against the natural water pressure in Milan during the 12th century. Ever the inventor, he came up with the miter gate, which simply and brilliantly works with the pressure of the water, so that only one person is needed to easily swing the doors open or closed.

You will have seen Prunella or Timothy navigating these ubiquitous locks during their odyssey which is inspiring more people to seek the peace and tranquillity of a canal boat holiday. The modern world may have speeded up but the pace of life aboard a barge remains reassuringly slow.

Ten miles a day will feel like a major achievement. A feeling of gentle exploration awaits as you drift along Europe’s historic waterways reminiscent of a bygone era. 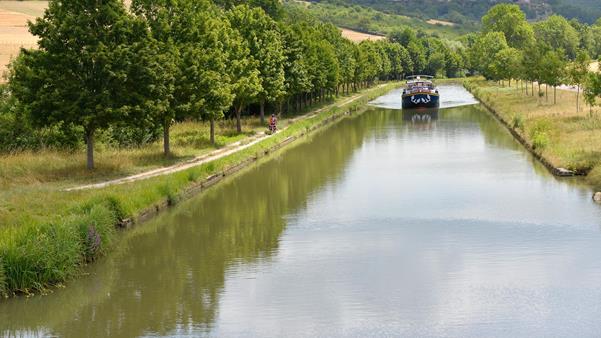 The barge, which is also known as the more desirable canal yacht, may have a bit more horse power today but the experience is essentially the same. The gentle pace of life allows you time to stand and stare at flowers and birdlife peppered along the banks.

One of the most popular destinations for a barge holiday is France. Compared to the UK, which has 3,218 kilometres of navigable waterways, France boasts 8,000 kilometres.

Working barges, known as peniches, evolved from carrying coal and grain on France’s waterways to the polished wooden vessels we see today. Historically, the waterways were the lifeblood of the country transporting cargo from village to village and into Paris. 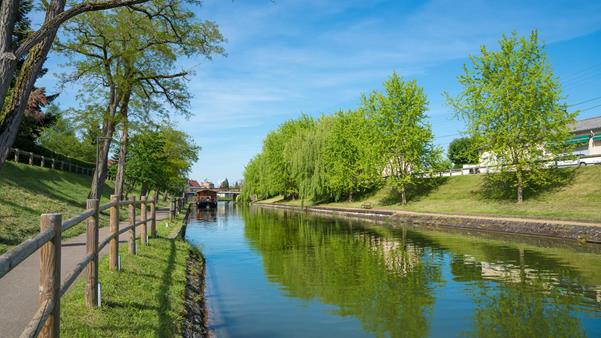 Abandoned in the 18th century when railroads became the primary means of transport, the canals were almost forgotten until the 1960s when they were “discovered” by young British travel entrepreneurs. Since then, the concept of barging has changed from carrying freight to welcoming passengers from around the world.

Today, your captain will take the helm of your bespoke barge leaving you free to explore or relax under the shaded sundeck while you watch the natural world go by. You will discover modern barges offer the ultimate in comfort from spa pool to outside-facing cabins, putting you at one with nature. 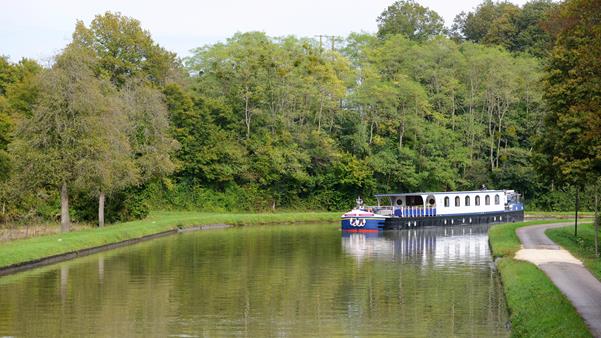 Canal de Bourgogne in Burgundy, known as the ‘Land of Good Living’, was opened in 1832 to connect the rivers Saone and Yonne and remains a popular destination. Barges cruise deep into the Valley of the Ouche. You will pass by vineyards, chateaux, medieval building and picture-perfect villages with cobblestone streets. Gourmet traditions of cheese, wine and mustard are never far from the bank for a tasting session.

Bisected by Da Vinci’s locks, this is the perfect place to alight and walk or cycle along the towpath, stopping off for a picnic, before jumping aboard at the next lock.  You can see why so many people become hooked on this leisurely way of holidaying. For more inspiration on how to spend your holiday, visit our dedicated holiday ideas page.

The pretty scenery that lines the Canal du Midi is best viewed from the top of a canal barge, and Enchante is one of the finest

The 12 passenger L'Impressionniste began life as a cargo barge in Holland, before being transformed into the powerful canal and river cruiser she is today

La Belle Époque, a state of the art luxury hotel barge, has accommodation for 12 passengers and cruises the idyllic waterways of the Burgundy Canal