With landmark celebrations, a new capital of culture and some exciting changes in the hotel world, make 2019 the year you visit Italy.

Italy – where the Bellini’s are peachy, the people are passionate, and the art is classical. Beyond the headline attractions lie countless charms just as likely to make you swoon. Spend time in the colourful cliff-side towns of the Amalfi Coast, or exploring the remains of ash-preserved Pompeii, or sampling the wonderful wine of Piedmont’s vineyards.

Although you’re spoilt for choice wherever and whatever time you go, 2019 promises to be special. Here are five reasons to visit Italy this year. 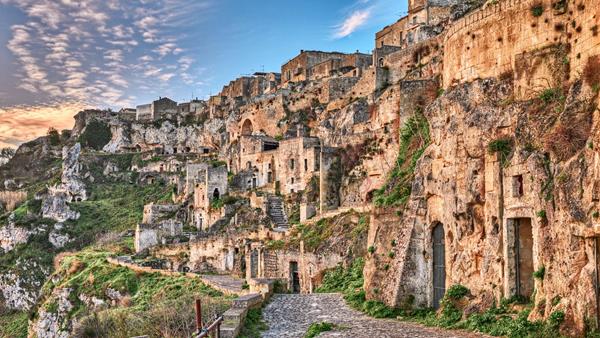 Declared the 2019 European Capital of Culture, Matera deserves a spot on your itinerary. This city of honey-hued stone cascades down a canyon in Basilicata, Southern Italy, and is a lovely place to get lost.

It’s perhaps most famous for its ancient cave dwellings, some of which have even been converted into accommodation. These caves and the city’s historic centre – together called Sassi di Matera – were deservingly awarded UNESCO World Heritage status in 1993.

Time your visit to Matera for the beginning of July to join the locals in celebrating Festa della Madonna Bruna. There’s a lively procession, fireworks and street parties to enjoy. 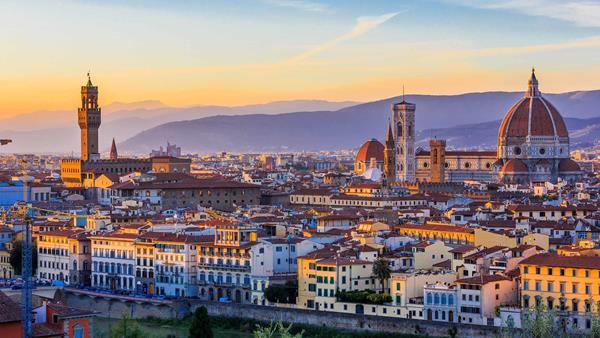 It’s 500 years since the death of Leonardo da Vinci – the epitome of the Renaissance master. So what better time and place to delve into this monumental figure’s life and work?

In Milan, stop by the convent of Santa Maria delle Grazie where Da Vinci’s mural “The Last Supper” is still in pride of place. The famous piece depicting Jesus and his disciples was painted directly onto the refectory wall. Then head down the road to the Biblioteca Ambrosiana, which holds 1,000 pages of Da Vinci’s “Codex Atlanticus”, brimming with inventions, sketches and philosophical musings. The Ambrosiana also houses his handsome oil painting, “Portrait of a Musician”.

If you’re in Florence, the Uffizi gallery showcases a handful of his paintings, including “Baptism of Christ” – painted with his mentor Verrochio. Or, if you’re in Venice, visit the Gallerie dell’Accademia to see Da Vinci’s iconic drawing “The Vetruvian Man”.

To join the carnival 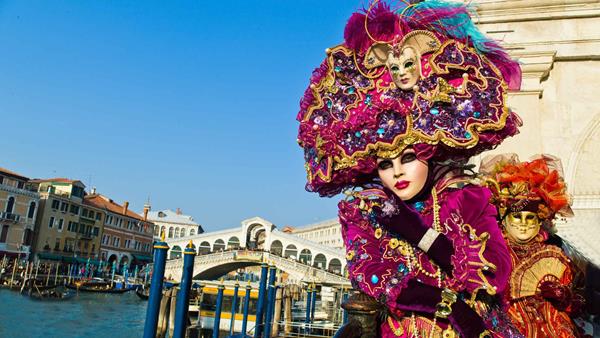 On the subject of the City of Masks, the Venice Carnival 2019 takes place between 16 February and 5 March. Venetians adorned in dazzling costumes will take to the streets, stages and ballrooms of the city – just as they have done since the 12th century. To get you into the spirit of the event, we can arrange a Venetian mask-making workshop with a master mascareri. Or perhaps another of our Venice experiences takes your fancy? We can easily build them into your tailor-made itinerary.

In the Tuscan seaside city of Viareggio, the carnival is less about masks and more about floats – floats carrying enormous, elaborate caricatures. The annual event sees parades of costumed dancers and performers guiding these huge creations through the streets. Scheduled for 9 February - 5 March, Viareggio Carnival 2019 is sure to be a spectacle unlike any other. 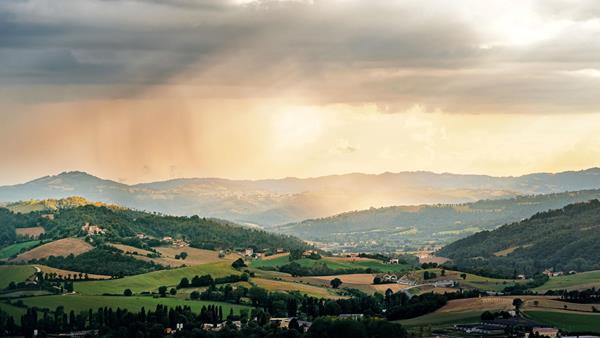 You may have heard about slow food, and slow TV, but what about slow tourism? It takes travel back to its simplest form – no rush, no stress, just the time and space to explore at your pace.

In 2016, the Ministry of Cultural Heritage and Activities gave its support to the movement by mapping a network – or ‘atlas’ – of scenic walking paths stretching across Italy. More paths were added in 2017 and 2018. The routes cross 500 points of interest, from UNESCO World Heritage Sites to charming villages tucked away in the countryside. Why not make 2019 the year you explore Italy slowly? Pull on your walking boots, or hop on a bike, and follow a path to a more immersive travel experience. 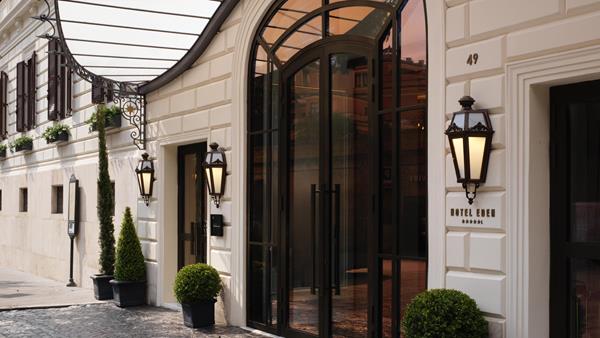 There are some luxurious properties new and refurbished to tempt you abroad this year, and Italy is no exception.

Lake Como’s Casta Diva Resort has been taken over by Mandarin Oriental, and is set to re-open in spring 2019 following a refurbishment. The property – renamed Mandarin Oriental, Lago di Como –  will feature 73 rooms spread between seven villas, as well as two private villas with views over Lake Como.

In Rome, just around the corner from the Spanish Steps and Villa Borghese, lies Hotel Eden Rome. The popular property just opened after a 17-month renovation, so even if you’ve stayed here before, you can expect a step up in luxury.

Likewise, Hotel Savoy in Florence has been refurbished with a large investment from owners Rocco Forte. Centrally located on the Piazza della Repubblica, stay here to be a short walk from many of Florence’s most famous buildings.

Italy’s stunning countryside, coastline and culture are second only to its food, which is adored the world over

Discover the grandeur of Italy’s heritage as you visit the spectacular monuments, galleries and historic sites of Rome and Venice

A delectable mix of antiquity and contemporary, Italy’s eternal city has an enduring appeal

With its marble churches, grand palaces and labyrinthine waterways, Venice has a unique magic.

Learn how to make a traditional Venetian mask. Take part in a hands-on workshop with a mascareri. For centuries artisans have made these elaborate masks to wear during carnival season

Head for the hills to experience the traditional wine and food which make the Amalfi Coast so special. Enjoy breath-taking views from Ravello to wine tasting on a Tramonti vineyard

Private cruise along the Amalfi Coast

Cruise the caerulean waters along the Amalfi Coast on board your own private motor-yacht. Allow your captain to take the helm as you sail towards Capri and the Blue Grotto

Discover Sorrento’s proud culinary heritage with a foodie tour taking you to the region’s best lemon groves and cheesemakers. Learn the secrets of making the perfect pizza. Buon appetite!

Explore Venice’s oasis of secret gardens and parks. Venture off the beaten track with a fascinating walk with A&K’s expert guide

Experience la dolce vita with a romantic gondola ride through the canals of Venice. What better place to pop the question or toast your honeymoon with a Bellini?

Step back in time with a walking tour of Pompeii and climb to the summit of Mount Vesuvius with your local guide. Discover one of the world’s most famous archaeological sites

Visit the ghosts of Venice

Delve into the darker, more mysterious side of Venice, with our guided night tour. Discover more about the ghosts and legends linked to the city’s decadent history

Escape the hustle of Venice with a boat trip to the fishing village of Burano and cathedral in Torcello. Explore what lies beyond the Grand Canal with A&K’s guide

Explore Italy’s most dramatic coastline by taking your seat in a sea kayak. Discover the Amalfi Coast’s hidden delights from caves to coves with the help of your local expert instructor

Discover how the zest of the Amalfi lemon has shaped Italy. Enjoy a private tour of a citrus grove in the Valley of the Mills and sample the local-made limoncello

Toast the end of your day in Venice with a tour of the best wine bars known as bacari. Join the locals for their traditional ombra de vin