From rock-hewn temples to saltwater wonders, our favourite spots in Jordan are bound to delight.

Amid lunar-like scarps of amber sandstone, squeezed between several nations, lies magnificent Jordan. The country is an oasis of calm in the Middle East, offering a warm welcome, a rich history and delicious cuisine. On your luxury A&K holiday to Jordan, be sure to visit these top destinations. 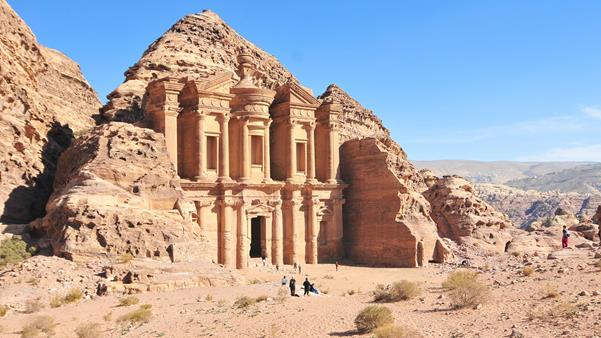 Though one of the New 7 Wonders of the World, new is a misnomer when it comes to Petra. The city is more than two millennia old, carved into sandstone precipices by the nomadic Nabataeans. The star of the show is arguably Al-Khazneh, ‘The Treasury’, an intricately decorated temple that appears out of nowhere in a steep rockface. Some may beg to differ, since Ad Deir (‘The Monastery’) is Petra’s largest monument, and, whilst not as decorative as Al-Khazneh, is no less awe-inspiring. This ancient desert city is unique, and one of the major draws for visitors to Jordan. It has to be seen to be believed. 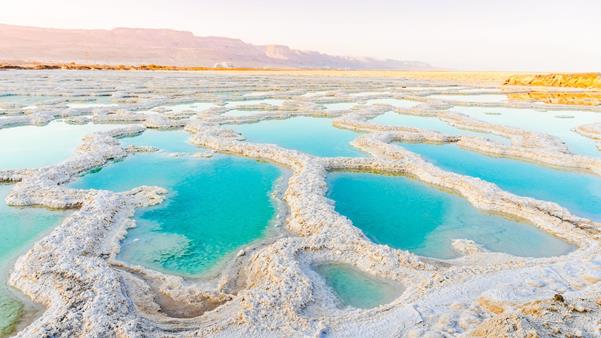 The Dead Sea is an eerily beautiful salt lake separating Jordan from the banks of Israel and Palestine.  One of the oldest health resorts in the world, it’s famed for its saline and mineral-rich waters. Visitors descend upon the beaches to ‘swim’ in this oasis, though due to the salt levels, ‘float’ is a more apposite verb. Laden with minerals, its black mud is a favourite ingredient for cosmetic and therapeutic treatments. You can join fellow tourists in caking themselves with the restorative gloop, then wash it all off by bobbing along in the water. Alternatively, take in the breath-taking views on dry land from your hotel balcony. During your holiday in Jordan, a visit to the Dead Sea is a must. 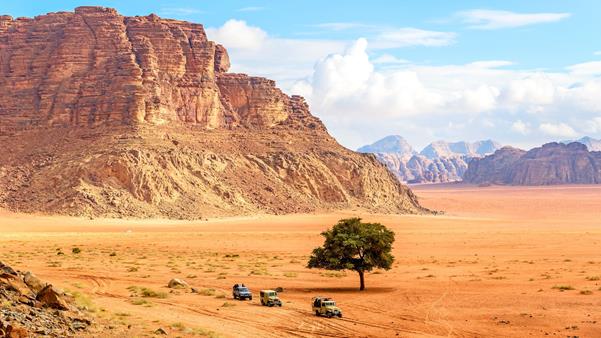 Aptly dubbed ‘The Valley of the Moon’, Wadi Rum is a swathe of desert characterised by towering mountains, dramatic sandstone canyons and arid plains. It’s as beautiful as its daytime sun is unforgiving. The local Bedouins have capitalised on Wadi Rum’s attraction, transforming it into a popular destination for eco-tourism. Here you can enjoy a digital detox by sleeping beneath the stars in a traditional desert camp. Or, if you’d prefer to set your heart racing, hike, scale and abseil from the jutting peaks that punctuate the rust-coloured, brush-speckled sand. This photogenic locale is a film star, too, having featured in blockbusters from Lawrence of Arabia to The Martian. 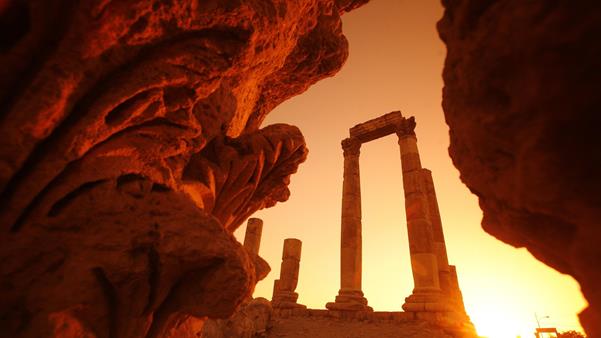 Jordan’s capital Amman is one of the oldest inhabited cities in the world, and around every corner is a sign of its ancient history. The Amman Citadel sits high on Jebel Al Qala’a hill in the centre of downtown, overlooking the city’s sprawl of whitewashed houses. It’s a historically significant site, where you can see the relics and ruins of three ancient empires: Roman, Byzantine and Umayyad. Much of the Temple of Hercules has been lost to the ravages of time, but its remaining portico columns give an idea of how impressive this structure would have been. The curled hand of Hercules, a stone carving once part of a towering statue, lends everything here an Ozymandian poignancy. 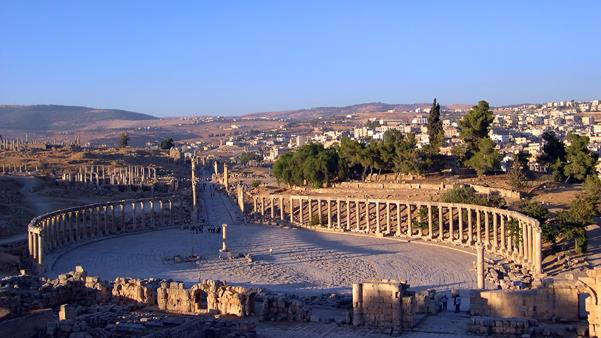 Jerash has transformed into one of Jordan’s most popular tourist destinations, behind only Petra. The modern city sits on the foundations of a place far older: here lies what’s arguably the world’s best preserved Roman provincial town. The scale of the ancient stone structures surrounding contemporary Jerash are breath-taking. Take a guided wander around the site to see Hadrian’s Arch, the North Theatre and the many columns of the forum. Much of these ruins have been restored in recent years, and offer a glimpse into the ancient civilisations that once ruled Jordan.

Immerse yourself in ancient history. Sail down the Nile and enter Egypt’s royal tombs. Then visit Jordan’s rose-hued city of Petra and the Dead Sea

This tailor-made tour of Jordan is a journey through history

Sweep through Jordan’s ancient cities from Amman to Petra. Then explore Israel’s holy meccas such as Bethlehem and the age-old city of Jerusalem

Petra to the Pyramids & a Nile Yacht Cruise Escorted Tour 2023

Read more
This includes a visit to an A&K Philanthropy (AKP) supported project. AKP is dedicated to positively impacting lives and livelihoods in the communities where we travel.

Learn about life in the Jordan Valley. You’ll tour the Dead Sea’s shores, visit an A&K Philanthropy project, partake in a conservation workshop and enjoy a local cooking class

Dine with a Jordanian family

Dine with a Jordanian family in their own home. Savour the authentic cuisine and learn about life from the leading lights in this close community

Float in the Dead Sea

Discover how the lowest place on earth can leave you on a high. No visit to Jordan would be complete without floating on the Dead Sea

Set out down the meandering streets of Petra, a city teeming with ancient memories, as you make your way along the gorge to view the iconic Treasury by candlelight

Discover the secrets of Arabic cooking with a private lesson in a Jordanian home. Hone your bartering skills sourcing fresh produce from the stallholders in Amman’s vibrant market

Read More
Chosen by our travel specialists to surpass your highest expectations, A&K Favourites are a collection of luxurious hotels which offer our clients a little something extra on check-in.

In true Kempinski style, the Kempinski Hotel Ishtar Dead Sea is elegant and contemporary in design with direct access to the Dead Sea

With its prime location a stone's throw from the entrance to the historic city of Petra, the Mövenpick Resort Petra is a perfect retreat from a day's exploration

Fitted with designer furnishings, the 440 rooms at InterContinental Amman are chic and functional

The Petra Marriott commands an impressive presence on a steep slope, overlooking the dramatic landscape of the Petra Valley

Sun City Camp sits in the heart of the Wadi Rum desert, approximately 50 kilometres from Aqaba

Bordered by rugged mountains and the stunning Arabian desert, this camp lets you wake up in the wild outdoors without compromising an ounce of luxury

This is a charming four star boutique hotel, with panoramic views of the capital Amman

Discover the beauty of the Red Sea. The Mövenpick Resort & Spa Tala Bay Aqaba is a new and exclusive resort only 15 minutes from the city centre of Aqaba

Perched on the edge of the precipitous cliffs of Wadi Dana, this beautifully styled building merges elements of village vernacular architecture with more modern elements

The five-star Fairmont Amman is a modern landmark in Jordan’s ancient capital. Admire the city from its elegant rooms, rejuvenate at the spa, and dine on international cuisine