When to go to Egypt 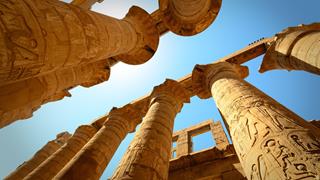 Egypt is pleasantly warm throughout January, with an average daytime temperature of around 22°C (72°F), plenty of bright sunshine and almost no rain. This makes it a more comfortable time to go sightseeing, particularly if you are accustomed to cooler climates yet still seek the sun.

Luxor, meaning ‘the palaces’ in Arabic, has often been described as the world's greatest open-air museum with its unparalleled archaeological heritage. It has been attracting visitors since time immemorial with the splendour of its monuments, temples and tombs, including the unmissable Valley of the Kings and Valley of the Queens. 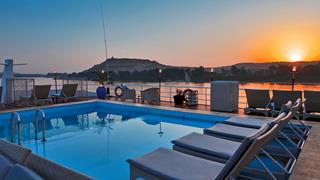 Egypt’s milder winter weather continues into February with slightly warmer highs of up to 24°C (75.2°F).

January to May are the ideal months to cruise down the majestic River Nile and make the wonders of Ancient Egypt come alive. Drift past tombs, colossal statues, wildlife and farmlands that line the banks of the river, all with the expert tutelage of an Egyptologist then sip a cocktail on the deck as you watch the sun dip beneath the horizon.

March brings with it average daytime temperatures of 29°C (84.2F) and around 10 hours of sunshine a day, offering plenty of time to steep yourself in the ancient history of the ‘Land of the Pharaohs’, from Giza’s monumental pyramids to Luxor’s colossal Valley of the Kings.

Egyptians of all faiths celebrate Sham al-Naseem (meaning “sniffing the breeze”) on 21 March, marking the coming of spring with picnics along the banks of Nile or in parks enjoying traditional dishes of ful medames, fesikh and aish, while dancers and musicians fill the bustling streets.

April sees the beginning of the intense Egyptian heat, and the arrival of khamsin, hot spring winds that are a phenomenon of Egypt’s climate and bring sandstorms and temperature surges.

Experience the old-world elegance of Agatha Christie’s Nile by sailing the iconic river in a dahabiya. Travel in modern luxury as the Egyptian monarchs and aristocrats before you board the Sanctuary Zein Nile Chateau. Blending old-world elegance with modern comforts, you’ll feel thoroughly spoiled as you explore the temples and tombs of Ancient Egypt. With just six cabins, its ideal for a sophisticated group or family trip.

Visiting Egypt in May 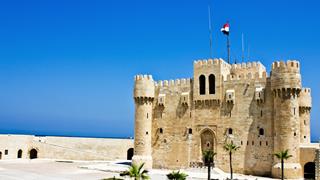 Temperatures continue to increase, reaching 38°C (100.4F) and rainfall remains low. Many Egyptians escape the rising balmy heat by migrating to Alexandria, known as ‘The Pearl of the Mediterranean’. Here you’ll discover Egypt’s second largest city with its own unique ambience and cultural heritage, just 225km from Cairo. Founded by Alexander the Great in 332BC, its status as a beacon of culture was symbolised by the legendary Pharos lighthouse – one of the Seven Wonders of the Ancient World. Little of ancient Alexandria survives but the modern-day city is synonymous with commerce, cosmopolitanism and a bohemian culture that’s worth exploring.

Expect 40°C (104F) daytime maximum temperatures in the shade in June, with on average 12 hours of sunshine each day.

This month, Egyptians celebrate the yearly rise of the Nile during the Leylet en Nuktah festival. In ancient times, beautiful women were said to be sacrificed to appease the gods and bring on the flooding that feeds the delta’s rich soil. The modern celebrations are less visceral and instead see riverbank picnics and street celebrations with family and friends. Women put out balls of dough at sunset representing the people in the house and study the cracks in the morning to make fortune predictions. 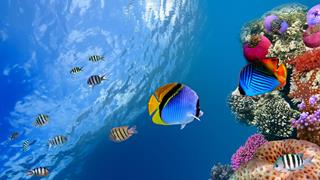 As the dry and scorching weather continues, escape to the coast where the enchanting underwater world of the Red Sea awaits you. Once an important part of the spice trade route, the ancient ports of Egypt’s Red Sea are now better known for some of the best diving and fishing in the world. The region’s consistent sunshine, white-sand beaches and pristine coral reefs make it popular with scuba divers and sun-worshippers alike. Thermal winds that once sped clippers to the east now bring thousands of migrating birds to its shores making it a natural paradise for bird-watchers.

The south and deserts are ferociously hot inland during August, so it’s worth seeking shade during the day and exploring the sights in the early morning and evening.

Once known as a spice route, Egypt’s Red Sea is now famous for some of the best diving and fishing in the world with its sunshine, white-sand beaches and pristine coral reefs. A living spectacle of vibrant corals and exotic fish, the coast is paradise for naturalists and sun-worshippers alike with plenty of opportunities to relax on the beach or retreat to the cooling canopy of the mangrove lagoons. 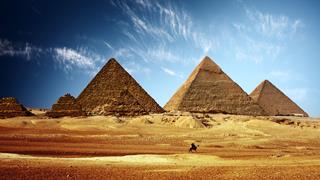 The high season heat begins to wane in September with more pleasant daytime temperatures of around 38°C (100.4F).

Explore the Great Pyramids and buzzing 24-hour Cairo, which has been a shopper’s paradise for more than a thousand years. A vibrant metropolis, the city is home to ancient monuments and antiquities alongside the cacophony of modern daily life. Visit the famous Khan el-Khalili bazaar, unchanged since the 14th-century to discover spices, perfumes, ceramics and mashrabiya.  Wander through the Wekala al-Balaq street market renowned for Egyptian cotton and take a fascinating diversion to the Camel market. A destination that truly confounds the senses and enriches the mind. 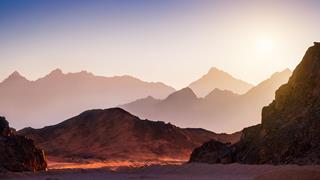 October is the ideal time to uncover the romance of the Egyptian desert with its rich blend of historical and cultural experiences as the temperatures cool to daytime averages of 34°C (93.2F).

Make your journey through the desert extra special and be guided through this unique landscape by native Bedouins, who will introduce you to nomadic culture and show you how to travel the desert in Arabian style. By day you can drift with your camel across the dunes and in the evening, gather around the fire for herbal tea and traditional stories.

No visit to Egypt would be complete without a visit the Museum of Antiquities, with its treasures from the tomb of Tutankhamun and famed Mummy Room. Wander the labyrinthine streets of Cairo’s Old City where this month many Egyptians will be preparing for Mawlid al-Nabi, marking the birth of the Muslim prophet Muhammad. The streets are decorated with lamps and silk cloths creating a riot of colour. Tents are erected for Sufi chants and singing about the prophet’s life story and sweet treats are handed out to children. 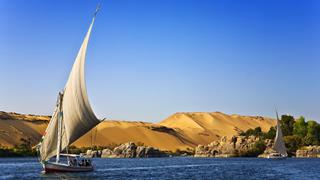 It may be winter in Egypt, but you can still expect a pleasant 24°C (75.2F) with little or no rainfall at this time of year.

Once the source of ancient Egypt’s finest granite used to build the empire’s many monuments, Aswan is a small, bustling market town, the vibe of which is almost African. It’s the perfect spot for exploring the splendour of the fascinating ruins, a little haggling in the souk or simply watching daily life unfold on the Nile. We also recommend booking an excursion by plane to Abu Simbel; the intriguing temple complex cut from the solid rockface during the reign of Ramesses II.

The Winter Palace was built in 1886, within a tropical garden on the banks of the Nile

Perfect for a relaxed cruise along the Nile, the stylish Sanctuary Sun Boat III exudes all the discreet, elegant ambience of an exclusive club

A stylish blend of Moorish architecture and designer furnishings, Oberoi Sahl Hashish is an elegant resort, with spectacular views over its own private stretch of coastline

Cruise the Nile in style aboard the Oberoi Zahra. As the vessel plies Egypt’s most iconic river, you’ll be staying in some of the most spacious, luxurious accommodation to ever grace its waters

Set in a tranquil oasis, between the desert's edge and the fertile green fields of the West Bank of the Nile, Al Moudira is a hugely impressive boutique property

Opened in March 2009, in Cairo's most lushly landscaped quarter, the boutique hotel 'Villa Belle Époque' is an ideal base for exploring this historic city

Fairmont Rooms are the ultimate in urban chic with city views. Deluxe boast Nile views and Signature rooms have their own terrace and work area

The Marriott Mena House is one of the most unique hotels in Cairo, with its own rich and colourful history

Our favourite photos of Egypt

This dynamic team has scoured Europe and the Middle East, and are perfectly placed to curate your dream getaway
Meet the team