Secure your front row seat to some of the world’s most popular spectacles with our guide to booking.

When setting your heart on a destination or experience, you shouldn’t have to worry about lack of travel availability or room stopping you from getting there. But, as more and more people travel further afield and social media spreads instant news of hot tickets, options quickly become limited. Hotels and apartments fill up, prices soar, and even just getting to the destination can prove difficult.

However, with a little planning, that doesn’t have to be the case. Use our guide to work out what you want to do, when you want to do it, and – crucially – how soon to book it. 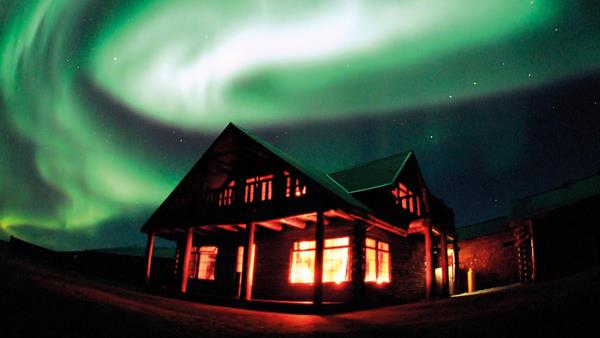 Few things are more breathtaking than natural phenomena and Iceland plays host to one of the most incredible. When the aurora borealis passes over, the skies take on a life of their own as the ephemeral lights shimmer across them. But it’s extremely difficult to guarantee a time and place for the ultimate northern lights exposure. To give yourself the best chance, plan on staying in Iceland a little while and listen to local advice. Be prepared to move quickly – generally there is only about two hours’ notice before the next sighting.

Book by: Ten months before you want to travel 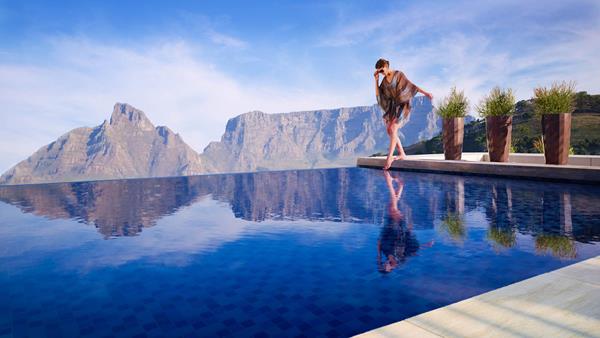 Cosmopolitan Cape Town is a festive season hot spot. With sunny weather and little chance of rain, the city tends to be busy from mid-December to mid-January. There are many options to make this a wonderful Christmas break – such as combining beaches with a journey down the Garden Route. Temperatures are generally in the high 20s, you won’t lose any time to jetlag, and the city and surrounding area are vibrant and verdant. Plan your activities early – Table Mountain and Robben Island tickets should be booked in advance to ensure entry.

Book by: 13 months in advance, including activities 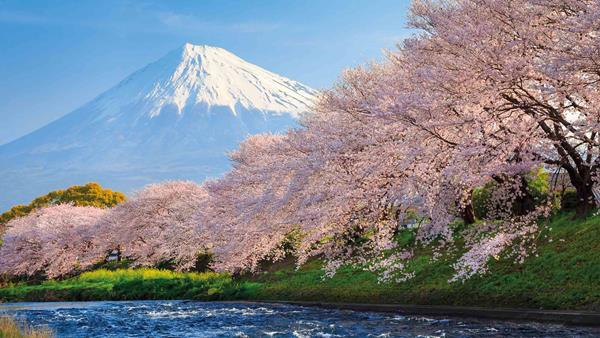 The sakura season of Japan is notoriously unpredictable. If this is the sole reason for your trip, plan enough time to ensure you’re there to enjoy it. The season typically lasts two to three weeks in spring, between the bitter winter and the sweltering summer. During this optimal climate for travelling, holidaymaking in Japan peaks. And with good reason: apart from the weather and the blooms, the atmosphere here is one of revelry and fun.

Best time: From the end of March into April

Book by: Flights and accommodation become available to book 11 months in advance and traditional Japanese ryokans open their waiting lists one year ahead

They say never work with animals, and wildebeest are no exception. There is no definitive date for East Africa’s Great Migration. Depending on the time of year, up to one million wildebeest will turn the plains of Africa into a sea of galloping bodies. There are two annual highlight timeframes for this spectacular event: the end of January during calving season, when predator action is at its height; and the summer months, when wildebeest cross the central Serengeti towards the Masai Mara in search of fresh grass and water.

Book by: 10 months prior, whether in Kenya or Tanzania

Adventure around the Arctic 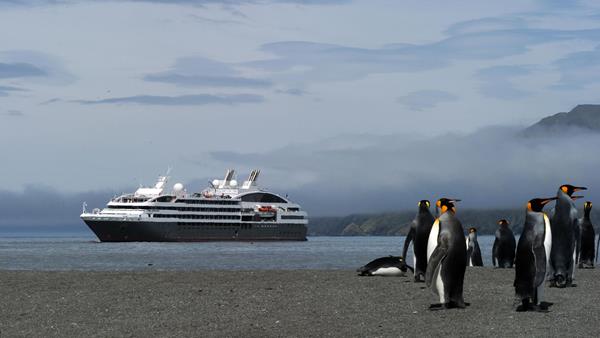 Cruising the Arctic should be done in style and the best way is aboard a luxury expedition ship. With outside balconies guaranteed, and expedition teams featuring research scientists and field naturalists, a cruise through the Arctic with A&K is an adventure of a lifetime. It’s a chance to ponder the wilderness of the Svalbard Islands; see polar bear and bowhead whale; and touch down on the Langjökull Glacier. In spite of the cold, this adventure will keep your blood pumping.

Book by: Space is limited, so early booking is essential; goodwill bookings – based on a refundable deposit – are generally accepted a year in advance 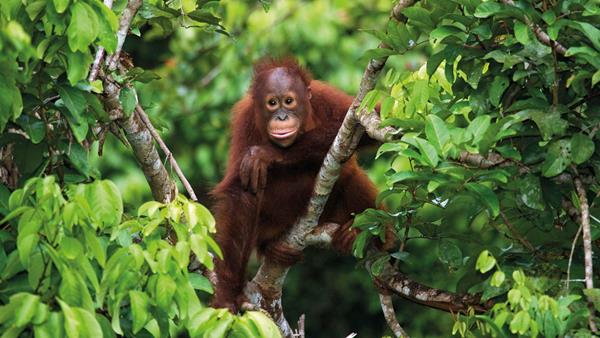 Malaysian Borneo is blanketed with some of the richest equatorial rainforest in the world. These dense canopies shelter rare species and indigenous tribes, but perhaps the most breathtaking inhabitant is the rare Bornean orangutan. The summer school holidays are the best time of year to see this giant ape in the wild, and this is also peak season for spotting the turtle population on Lankayan Island. Take the family on a trek to Mount Kinabalu, then enjoy the sandy beaches and crystal-clear water along the coast.

Book by: There’s a waiting list of around 11 months for all orangutan territory lodges

The showstopper of grizzly season has to be during the salmon spawning months of summer. In just a few weeks, the bear must feed on the spawning salmon of the mountain rivers to sustain themselves during the hard winter months of hibernation. This is one of nature’s most dazzling displays and people flock from across the world for the experience. Lodges here are small and remote, so booking is key if you want to see the grizzly in its element.

Book by: 18 months in advance, as camps and lodges fill up quickly and many have waiting lists

Puglia may not be your first pick for a carnival party but in May, La Festa di San Cataldo heralds several days of celebration. This starts with the Palio, a rowing competition, and continues with a street food festival and a huge fireworks display. Honouring San Cataldo, patron saint of Taranto, his statue is carried from the cathedral to bless the city.

For an Easter warm up you won’t forget, head to the streets of Rio de Janeiro between the Friday before Ash Wednesday through to Ash Wednesday itself. This Carnival (deserving of a capital C) is the most renowned holiday in Brazil and possibly the best-known party in the world. Music, colour and dance pervade; memories of fun and frolics will persist.

Book by: 11 months in advance if you want the best rooms

It takes 26 hours for New Year to cross all the time zones. Be one of the first in the world to experience it at Sydney’s party to end the year. On 31 December, Sydney’s landmark sites host massive firework and light displays over the harbour and its fleet of illuminated vessels. There’s a 9pm family-friendly show and a midnight spectacle.

Book by: March, as hotels can fill up months in advance 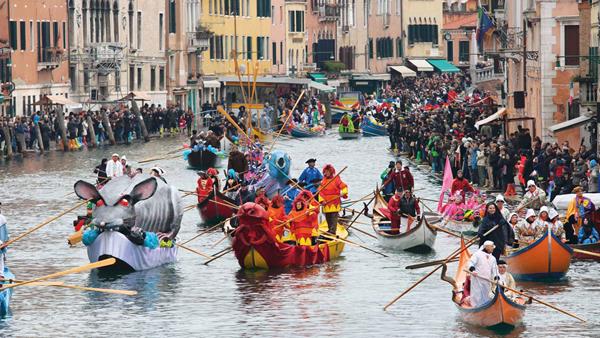 Although it lasts only three per cent of the year, much of Venice’s retail trade is dedicated to the Carnival – a lively reminder of the city’s decadent and (sometimes) debauched history. The festivities take place ahead of Ash Wednesday, and offer the opportunity for every visitor to wear elaborate costumes and masks. There’s even a competition for la maschera più bella – judged by a panel of international costume and fashion designers. Many of the top hotels in the “City of Water” host gala balls, with an option of mask-making workshops. To see Venice in full celebratory mode, St Mark’s Square is the place to be.

Book by: At least eight months in advance

Sugar may not be as sweet a word as it once was, but the tradition of the ‘crop over’ in Barbados is still worth a riotous celebration. In early August, the most famous carnival in the Caribbean sets the island alive with calypso and soca music, as well as street parades
and dances. Rihanna books out this event every year in her calendar –  it’s one not to miss.

Book by: February to be sure of a hotel room

Ritz-Carlton's fourth Japanese hotel has just opened in the cultural city of Kyoto, overlooking the Kamogawa River with views that extend to the Higashiyama Sanju-Roppo - the famous 36 mountain range

The Arctic, Antarctica & the Arctic

Inspired by Apulia's rich traditions, yet thoroughly contemporary in its style, Borgo Egnazia is a true masterpiece of architecture where the main element is the typical white tufo stone

The Langham Hotel Sydney has won almost every prestigious domestic and international award, is a superb urban retreat known for its tranquil, boutique atmosphere, yet offers easy access to Sydney Harbour Bridge and big city action

Hidatei Hanaougi is one of the top ryokans, or traditional inns, in the rural city of Takayama

Set on the banks of Sabah's longest river in the village of Sukau, Kinabatangan Riverside Lodge is perfect for a unique wildlife experience deep in the Borneo jungle

Embarking on the hour's boat ride to the lodge sets the pace of this truly incredible area, the peaceful river is home to silvered langur, maroon langur, hose langur, orangutan and a variety of species of birds are spotted frequently

The lodge is located in the Great Bear Rainforest, which is home to a significant concentration of coastal grizzly bears

Occupying a sumptuous 15th century palazzo overlooking the most attractive stretch of the Grand Canal, The Gritti Palace was once home to a Doge and occupies a quiet square away from the hustle

Four minutes by private launch from San Marco, on the tip of Giudecca Island, this iconic Belmond hotel commands unrivalled views of the lagoon and Doge's Palace