When to go to Botswana 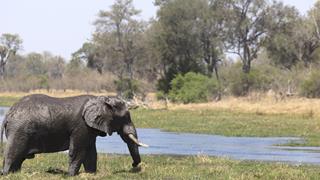 January is the heart of the rainy season, so expect spectacular afternoon thunderstorms and warm temperatures – around 30C during the day and 20C at night. This is peak breeding time for many migratory birds. The young of grazing animals, though fast-developing, are still the favourite prey of big cats and wild dog.

The rains continue throughout February. Expect a mixture of bright sun and more dramatic afternoon storms – another month of photogenic wonder. Daytime temperatures can reach up to 40C, while the evenings remain around 20C. Various species gather around ripening fruit trees, but the resident big game tends to spread out in search of easy access to water. Waterlilies are flowering while frogs, birds and butterflies are constantly busy.

The temperature remains warm as the rains start to peter out. Hundreds of wildebeest and zebra begin their migration through the Savute Marsh while, in Moremi, bull elephant can be seen eating their favourite fruit from the marula trees.

During April, the days remain sunny though temperatures start to cool, mostly at night, when the averages fall below 20C. This is the start of the breeding period for antelope and impala, a great time to witness the clashes between rival males.

Visiting Botswana in May 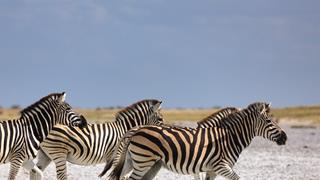 The dry season is now here, with cooler nights averaging 15C. Daytime temperatures are still high but won’t exceed 35C. Game drives yield sightings of buffalo and herds of elephant gathering around waterholes, and the predators are also more active as they are able to blend seamlessly into the drying landscape.

This is the coolest part of the year, with night temperatures dropping as low as 5C. However, the thermometer will still reach 25C in daylight hours. The trees start to lose their leaves and mammals concentrate around waterholes and pools, making it easier to spot the local wildlife.

The cool night temperatures continue into July, and most animals still depend on access to waterholes for survival. However, the floods arrive in the Okavango Delta in the north of the country, making canoe safaris and boat trips the best ways to explore the wetlands.

Days and nights are warming, with daytime temperatures rising up to 30C and nights to around 10C. Animal herds are getting larger and the elephant are breeding, leading to tensions around the waterholes. You can also spot many bird species such as heron and stork nest-building at this time of year. 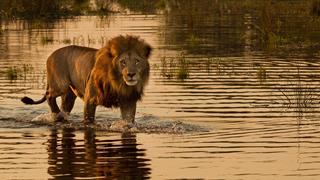 Temperatures continue to rise while the humidity steadily increases. The declining water levels leads to high concentrations of elephant and buffalo around waterholes, making this an ideal time to view lion on the hunt. There are also more species of birds visible across the landscape as they return from their winter grounds.

Humidity and temperatures increase, and so do the opportunities for game-viewing. Expect daytime highs of over 40C, with night temperatures creeping up into the high teens. The dry weather leads to arid landscapes, making it easy to spot animals that prefer to hide in the lush vegetation of the wet season. Activities tend to be focused in the early mornings and later afternoon to avoid the heat of the day.

The visibility is still fantastic, and the rains don’t tend to begin until mid-November. The temperature and humidity both peak at this time of year, though once the rains begin most animals disperse among the seasonal pans. This is also the antelope birthing season, so the predators remain active.

Rainfall increases as the thunderstorms become more frequent, and the resulting growth of foliage and vegetation transforms the landscape. With more ground cover to hide behind, the predators take advantage of the newly arrived wildebeest calves and young antelope. This is also the time to see the biggest range of birdlife in Botswana.

Start this itinerary in Livingstone so you can experience the sights and sounds of Victoria Falls.

Take in all the highlights of Botswana on this unique safari Experience. You'll stay in attractive tented camps where comforts are as widespread as the surrounding wildlife.

Read more
Chosen by our travel specialists to surpass your highest expectations, A&K Favourites are a collection of luxurious hotels which offer our clients a little something extra on check-in.
Offer available

Set in an amphitheatre of ebony and sausage trees near the southern tip of Chief's Island, Sanctuary Stanley's Camp is situated on a 260,000 acre private concession

View Accommodation
Chosen by our travel specialists to surpass your highest expectations, A&K Favourites are a collection of luxurious hotels which offer our clients a little something extra on check-in.
Offer available

View Accommodation
Chosen by our travel specialists to surpass your highest expectations, A&K Favourites are a collection of luxurious hotels which offer our clients a little something extra on check-in.
Offer available

As the name suggests, Belmond Savute Elephant Lodge is known for the herds of elephants that can be spotted roaming its plains

King's Pool is named after a Scandinavian monarch spent a number of nights camping out on the oxbow-shaped Kings Pool Lagoon, long before any structured camp was built here

Savuti camp is a beautiful and intimate camp, each room is light and airy with very comfortable furniture and has a private deck

Zarafa Camp and the Dhow Suites

Set on the fringes of the Zibadanja Lagoon on the 320,000 acre Selinda Reserve, Zarafa Camp evokes an atmosphere of a 1920's safari with modern touches

Selinda Camp is located on an island on the banks of the Selinda Spillway near to where the Kwando, Savuti, and Linyanti Rivers converge

Mombo Camp is a luxurious camp in the heart of the Okavango Delta, included on any itinerary for a first time visitor or for the seasoned safari traveller Mombo Camp will not disappoint

Perched on the banks of the Khwai River, Camp Xakanaxa (pronounced ka-ka-na-ka) offers guests an authentic land and water safari experience in the Okavango Delta

Belmond Khwai River Lodge is set on the banks of the Khwai River, the only permanent source of water in the area. The Khwai River is regularly frequented by herds of elephant and pods of hippopotami

San Camp is set on a private concession that adjoins the Makgadikgadi National Park. San camp is the sister camp to the famous Jacks Camp

The Zambezi Queen is comprised of 14 Suites, 4 of which are Master Suites, sliding mosquito net doors and the finest finishes complete this cocoon of creature comforts amidst the wild and untamed Africa

andBeyond Sandibe Okavango Safari Lodge is set on a permanent channel of the magnificent Okavango Delta. It's adjacent to the game-rich Moremi Wildlife Reserve

One of our favourite places to stay in the Okavango Delta, Duba Plains is one of only two camps to hold the prestigious Relais & Châteaux accreditation

Shinde is hidden on a lush palm island in the heart of the northern Okavango Delta, an intimate camp located at the edge of Shinde lagoon, which teems with animal and birdlife

Camp Moremi is situated on the Xakanaxa Lagoon in the heart of the Okavango Delta. Shaded by giant ebony trees, the lodge is housed in an elegant thatch-and-timber structure

Sited on the original spot chosen by Jack Bousfield in the 1960's, Jack's Camp is set on the Pans of the Makgadikgadi

Places to visit in Botswana